Scarlett Johansson gave a rare update about her infant son, Cosmo, who she welcomed in August with husband Colin Jost.

“It’s the best,” the actress, 37, told People on Thursday, explaining that the baby boy has recently been “making all the fun discoveries like feet.”

“I mean feet, who knew? There they are. Life changing,” Johansson joked during the interview.

The “Black Widow” star shared that Cosmo has been staring at his toes, pulling on them and even chewing on them.

“It’s just unbelievable,” she continued. “I mean, can you imagine you never realized you had feet and then you looked down and there they are? You’re like, ‘Whoa.’”

Johansson and husband Colin Jost welcomed their first child together in August after managing to keep the pregnancy a secret for approximately eight months.

It was Page Six who exclusively revealed that the actress was expecting in July just one month before she did give birth, which Jost, 39, later confirmed on Instagram.

“Ok ok we had a baby. His name is Cosmo. We love him very much,” the “Saturday Night Live” actor wrote at the time. 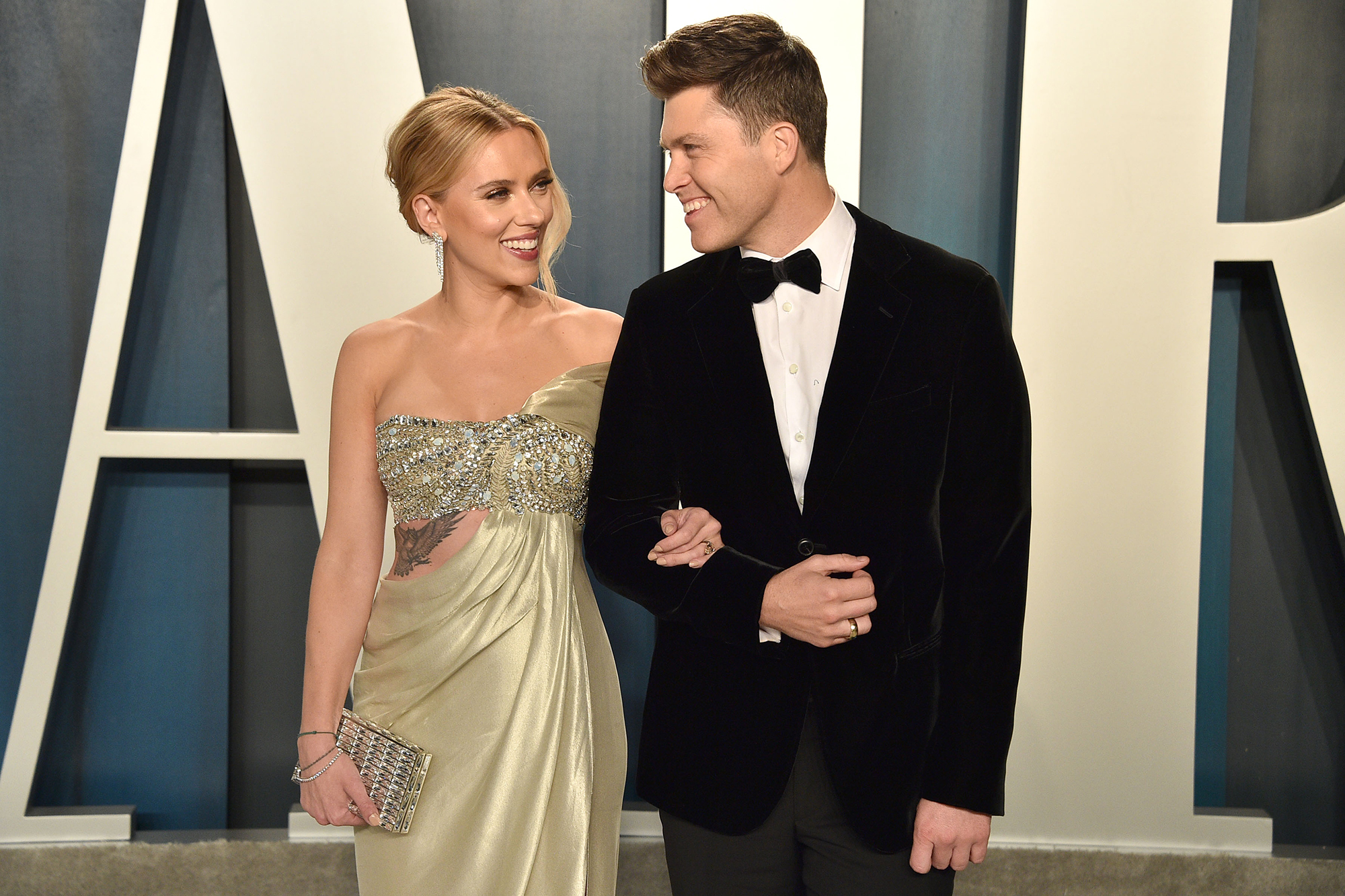 Meanwhile, the “Avengers” actress recently walked her first red carpet at the 2021 American Cinematheque Gala since giving birth earlier this year — and she did so in style.

Johansson rocked an all-white Versace suit set with a crystal-covered corset bodysuit underneath to show off her sexy figure.

While on the red carpet, ScarJo told Entertainment Tonight that her older daughter, Rose, 7, from her previous marriage to Romain Dauriac, thinks her brother Cosmo is “cute.”