Taylor Swift has officially unseated Whitney Houston’s long-standing record as the female singer with the most cumulative weeks with a No. 1 album on the charts.

According to Billboard, which ranks the top artists and songs based on popularity metrics, Swift’s “Folklore” returned to No. 1 on the Billboard 200 chart this week, earning it a seventh nonconsecutive week at the top. The accolade marks the 30-year-old singer’s 47th week with the most popular album across her entire catalog of music.

That’s one more week than Houston’s 46 weeks atop the charts, giving Swift the accolade that the late “I Will Always Love You” singer held for many years. She earned four No. 1 albums, including her self-titled debut, “Whitney,” “The Bodyguard” soundtrack and “I Look to You.” Houston died in 2012 at age 48. 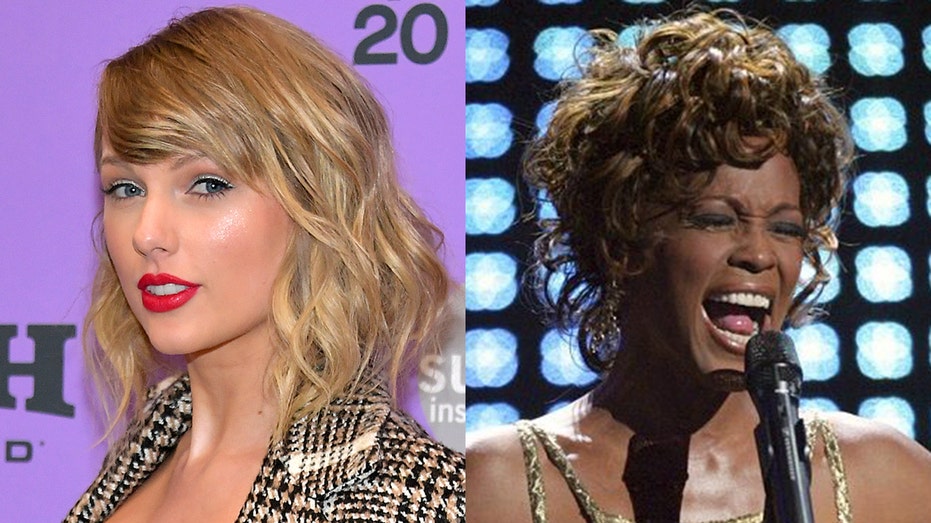 The outlet reports that the two women are still a sizeable number ahead of the current third-place record holder, Adele, who can boast 34 weeks at No. 1.

There seems to be a lot more turnaround among female artists. The two top spots are relatively contemporary artists compared to the male side, which has The Beatles sitting pretty with 132 weeks at No. 1 across their 19 chart-topping albums. As for solo artists, Elvis Presley still commands the lead at 67.

Billboard notes that, in addition to the music, clever marketing helped Swift attain a seventh week at No. 1. She reportedly offered more signed CD copies of the "Folklore" album through her website as well as independent record stores. She also issued more merchandise bundles that included the album on her website, giving fans that much more incentive to support “Folklore.”