A Teen Vogue article encouraging women to pleasure themselves to receive ‘magic’ orgasm has sparked mix reactions online — with some commenters furious by the sexual messaging.

The article facing backlash, titled How to Use Sex Magic to Manifest Your Best Self, spoke about ‘sex magic’ and how orgasms can be the most powerful form, even helping ‘manifest desires’.

‘In magic, orgasms are considered to be the ultimate magical force,’ the article read. ‘In fact, occultists believe that orgasms can help cleanse the body, produce magical power, and are a vital tool in manifesting desires.’ 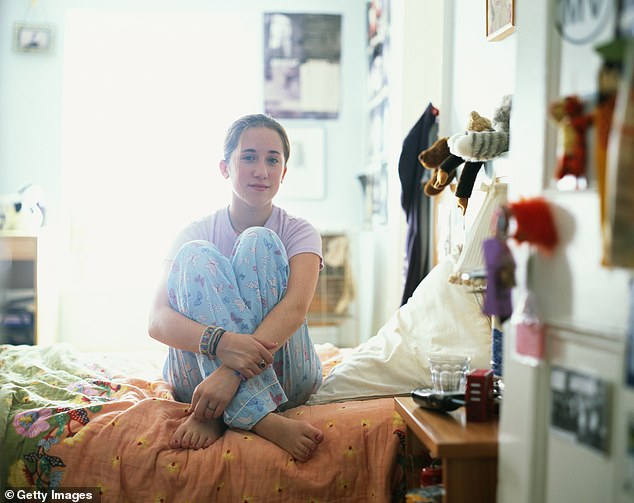 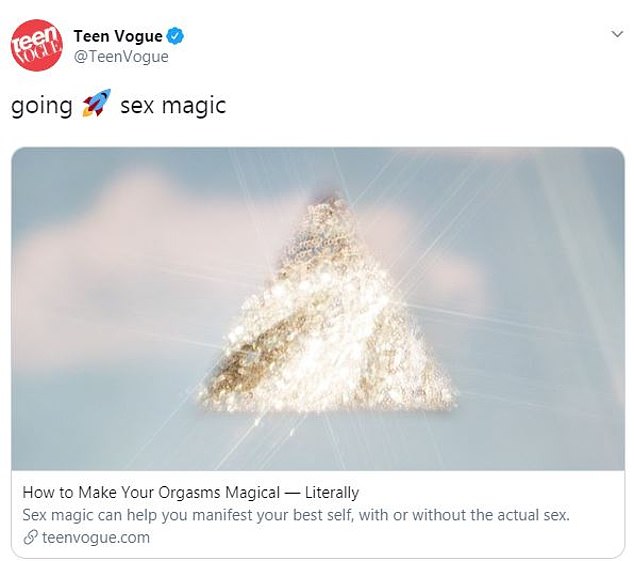 Sexual: The article explained how ‘orgasms are considered to be the ultimate magical force’ and detailed how people could ‘manifest desires’

It went on to explain how people can focus their energy from orgasms to ultimately cast spells.

‘Sex magic can be an amazing way to start to implement goals and manifest dreams— all by concentrating and releasing one’s personal energy into the world,’ the article stated at the end.

One of the hardest critics against the article came from American Conservative, a right-leaning publication.

The biggest issue the publication took with the sex magic article was that it informed women they could control their lives through ‘the power of orgasms’.

This idea, the American Conservative article explained, was not a lesson teenagers should be learning.

One person wrote: ‘I have no words. Teen Vogue encouraging literal witchcraft.’

Other commenters were focused on the fact that the magazine was geared towards teenagers, yet it was promoting a controversial topic regarding sex.

‘Aint this teen vogue,’ one person questioned after seeing the article, while another person called the publication ‘morally bankrupt’.

Another person wrote: ‘Conservatives with a creepy interest in what a woman does with her body. Shocker…’

Ultimately, the Teen Vogue article expressed its intention to serve as a guide to ‘getting in touch with yourself — magically or not’. But the intentions fell flat for critics.

DailyMail.com has reached out to Teen Vogue for a comment.