A stubborn dog who refused to walk with her owner has warmed the hearts of millions of people after an onlooker shared a hilarious video of the pooch lying down in the middle of a sidewalk in New York City.

Twitter user Steph Haberman, 31, couldn’t resist posting footage of the dog resting on her back with her paws up in the air while her owner unsuccessfully tries to get her up to finish her stroll.

‘Not EVERYTHING is bad. Like this dog I met yesterday who did NOT want to walk anymore. She is good!’ she captioned the video on Sunday. 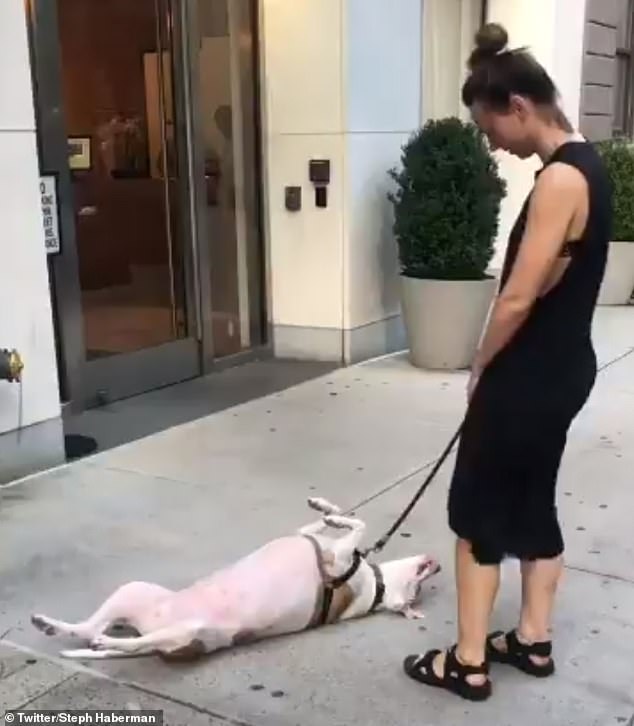 Famous: A video of a dog refusing to walk with her owner in New York City has gone viral 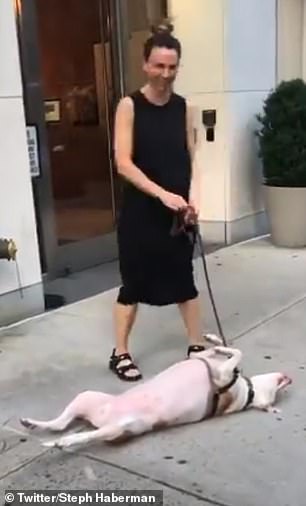 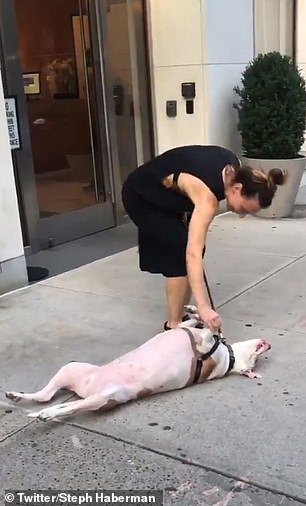 Hilarious: In the video, the dog is lying on her back in the middle of the sidewalk while her owner unsuccessfully tries to get her up

In the clip, the dog is lying in front of an apartment building while her owner holds her leash and looks down at her.

The woman can’t help but laugh as she tells her to ‘come on’ and leans over to shake her paw in the hope of getting her up.

Steph shared the video on Sunday in the wake of the two mass shootings that took place just hours apart in El Paso, Texas, and Dayton, Ohio, over the weekend, leaving at least 31 people dead.

‘This silly little video of this silly big dog has been watched nearly 160k times today. On a very bad, very sad day, it’s brought a lot of people joy. Good dog,’ she tweeted after the video went viral.

‘That dog video now has over a million views, which means on these terrible days, I got to make a million people smile. And that’s good.’

The video has racked up a whopping 2.5 million views, with many people saying the footage was just what they needed. 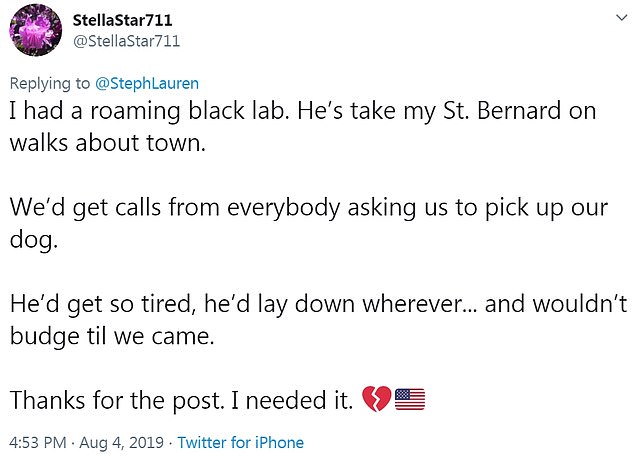 Grateful: Many people said the footage was exactly what they needed to see. It also inspired Twitter users to share photos of their own lazy dogs

‘That dog has no idea how badly we need her right now,’ one person wrote, while another commented: ‘The internet is a crazy thing. Thanks for sharing, this warmed many hearts.’

People admitted they were obsessed with the pooch, with one person joking: ‘600,000 of those views were me. Sorry.’

Others could relate to the dog’s desire to just stop what she was doing.

‘Who among us has not wanted to say f*ck it, I’m done,’ one person wrote. 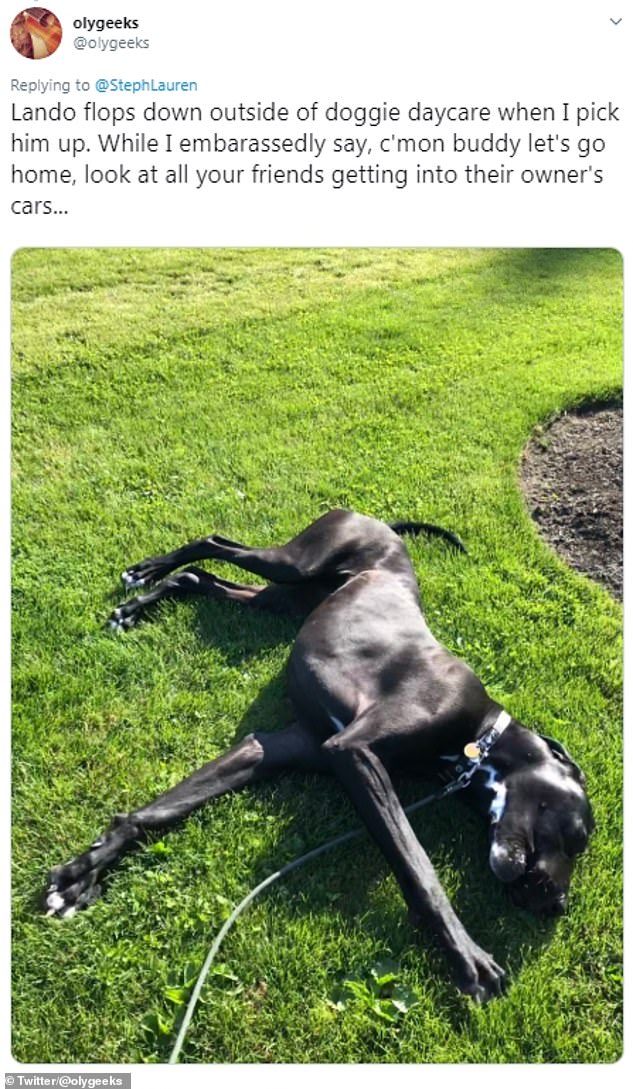 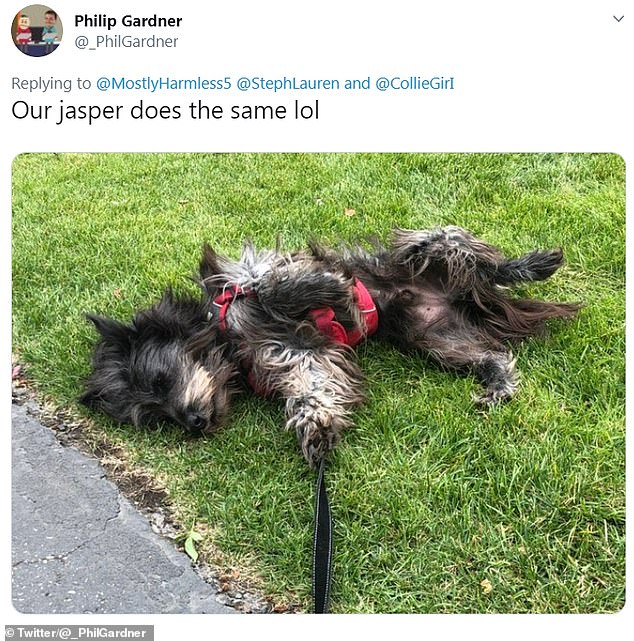 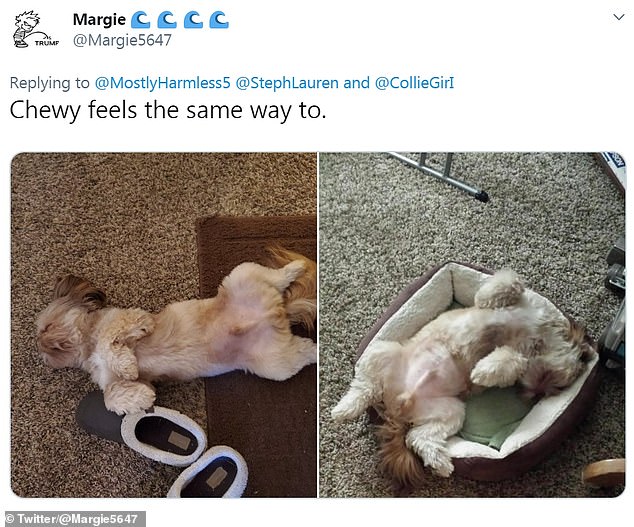 The video also inspired plenty of people to post photos of their beloved dogs lying on the ground, refusing to walk.

‘Lando flops down outside of doggie daycare when I pick him up,’ one person explained. ‘While I embarrassedly say, c’mon buddy Let’s go home, look at all your friends getting into their owner’s [sic] cars…’

Another posted a snapshot of her dog lying down on a mountain trail while they were hunting for mushrooms.

‘Our Jasper does the same,’ someone else added. 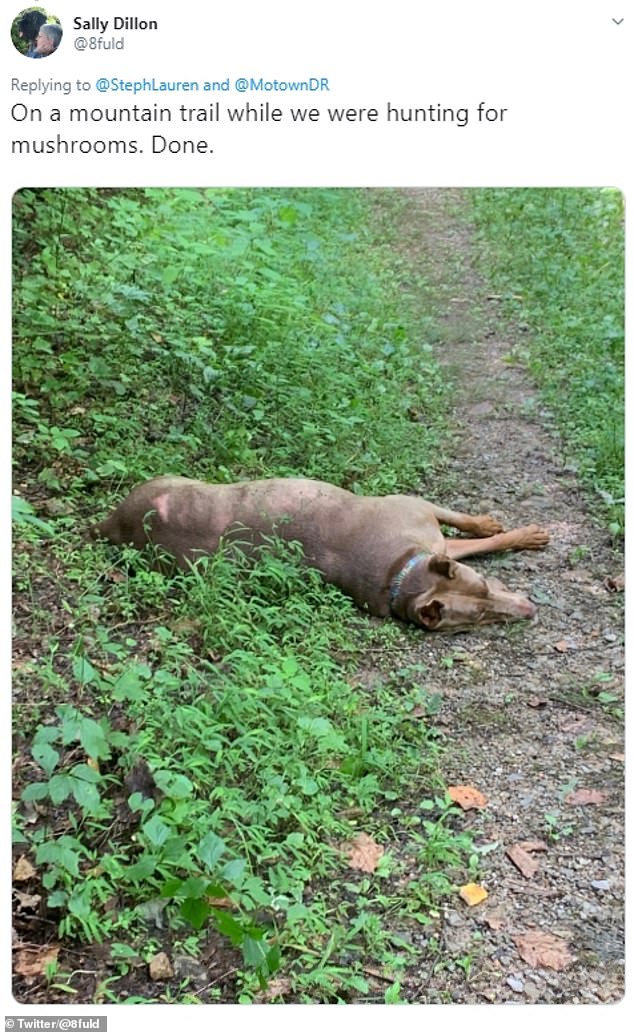 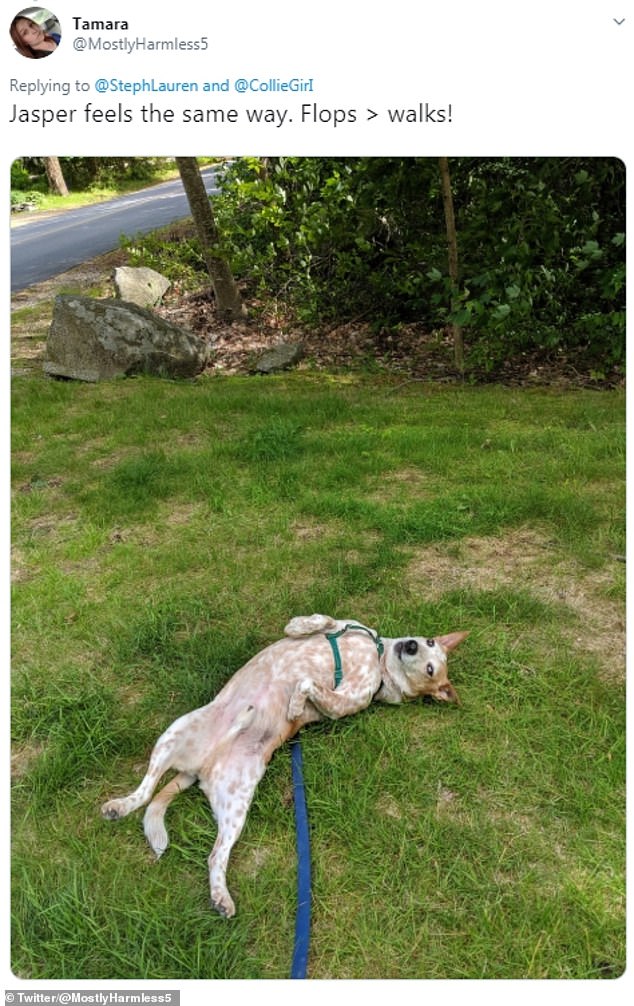 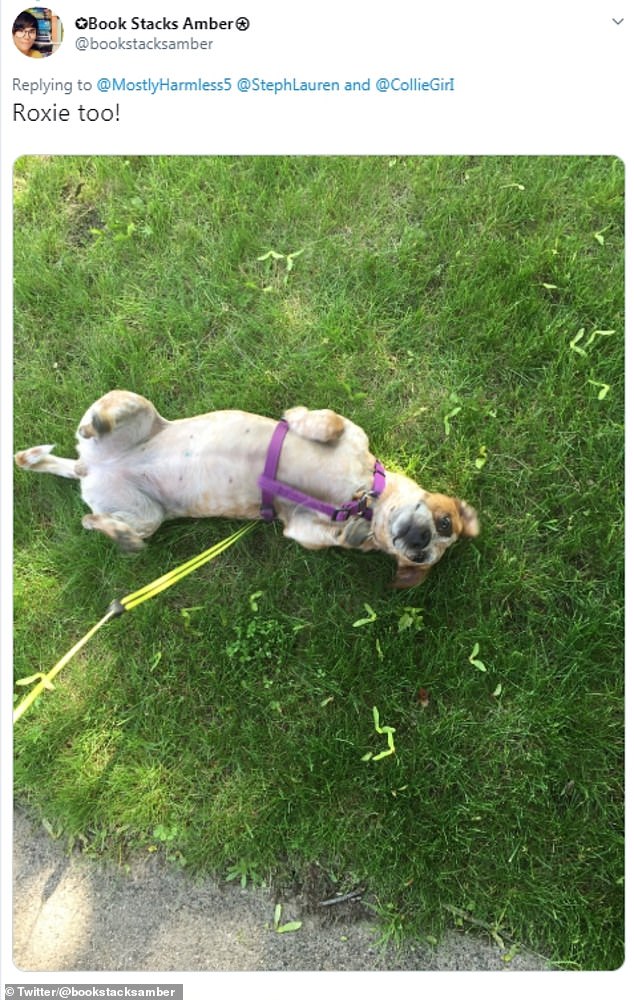