Getting married is an expensive business – and not just for the bride and groom.

One woman has admitted she’s spent around £87,500 – the cost of a three-bedroom house in some areas of the UK – to celebrate her friends’ special days around the world.

Natalie Robinson, 37, a lawyer from London who has lived in Hong Kong since 2009, has attended 30 weddings and 20 hen parties in the past 10 years.

She estimates she splashes out between £500 and £3,000 per occasion – and admits the amount she’s spent makes her feel ‘very, very sick’.

‘It’s easily that much when I factor in flights, hotels, hire cars, presents, outfits, mandatory hats for weddings, plus fancy dress, knickers for the knicker game, penis whistles and Jägerbombs for the hens – I don’t want to even start doing the maths on that!’ she told FEMAIL. 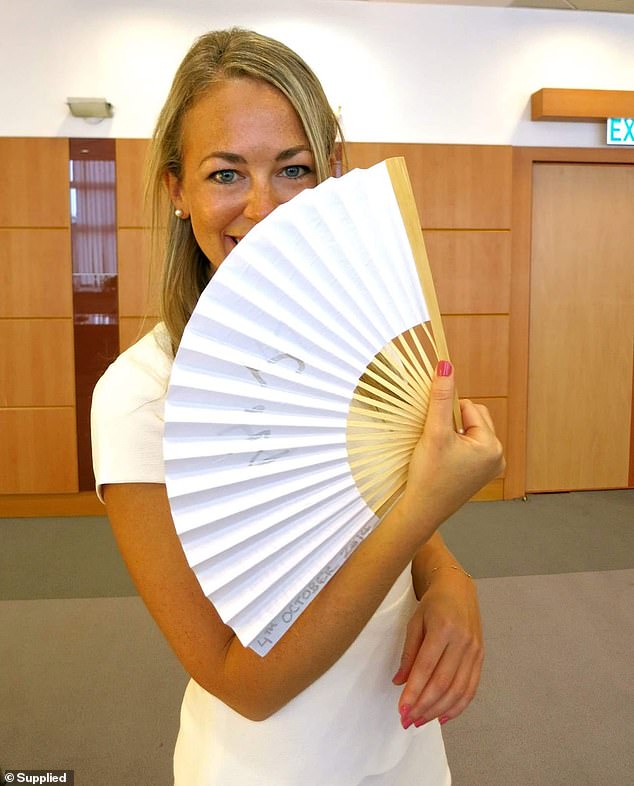 Natalie Robinson, 37, a lawyer from London who has lived in Hong Kong since 2009, has attended 30 weddings and 20 hen parties in the past 10 years

‘I’ve been to over 30 weddings in the last 10 years, and probably a third of those have been in Hong Kong or the UK.

‘The rest have been scattered all over the world – from Charleston to Tuscany, Delhi to Switzerland.

‘The most ridiculous was when two very close friends got married within four days of each other – one in rural France, the other in Seminyak in Bali. Getting between the two involved two planes, three taxis, a train and a hire car.’

And it’s not just the money that sticks in Natalie’s throat. She added: ‘I have been pretty irritated in the past at having all my holiday destinations dictated by where people choose to have their weddings.’ 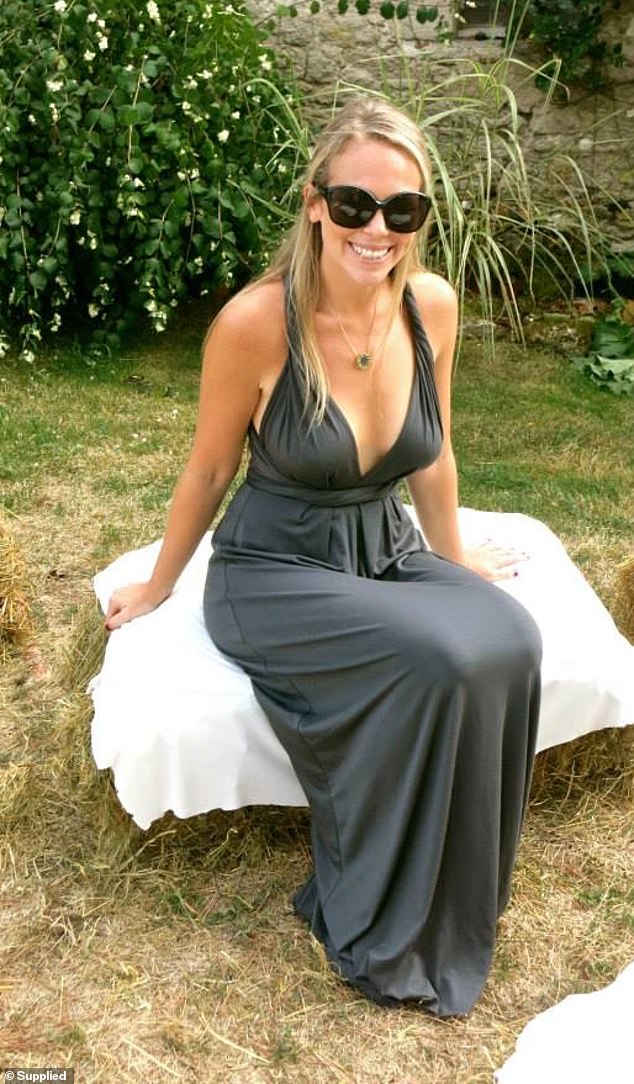 Natalie, pictured at a wedding in rural France, told how she had to make a mad dash from this nuptials to make another one in Bali four days later

Natalie has also been on over 20 hen dos in the last 10 years, with the majority ranging from a bar crawl around Hong Kong to weekends in Phuket and Bali.

According to research by Culture Trip, two in five weddings that Brits attend each year are now abroad, with guests shelling out an average of £1,463 each when both pre-wedding celebrations and the nuptials are oversees.

The average destination stag or hen do costs invitees £616 each, while weddings will set you back an eye-watering £847.

‘While the hen weekends away add up, at least they are mini holidays full of pool time, massages and sunset cocktails,’ Natalie said.

It’s a different story when it comes to the UK-based hen dos, as that involves Natalie paying for an expensive return flight back as well as accommodation and activities – meaning a two-day trip can add to up almost £1,000. 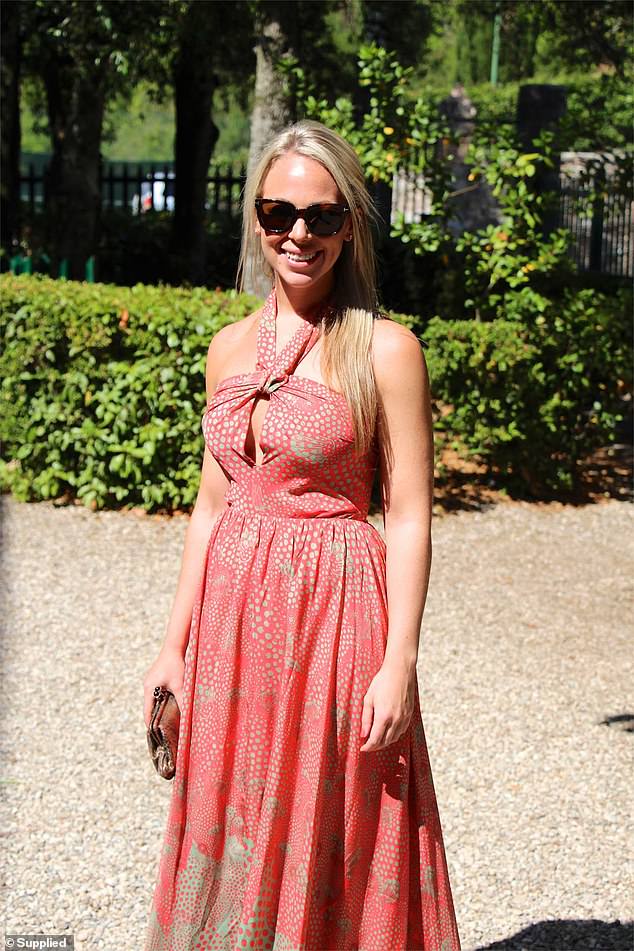 Pictured at a wedding in Tuscany, Natalie admits she spends between £500 and £3,000 per special occasion

‘For me, far worse are the UK hen parties I’ve flown home for,’ she said. ‘Being in Hong Kong, I’ve had occasions where I’ve flown back to the UK just for the weekend.

‘It’s always slightly galling to do a 26-hour round trip, with flights costing a minimum £700 for just over 36 hours in London, which is then spent doing workshops like fascinator-making, pottery or learning how to pole dance.

‘This is usually followed by afternoon tea in someone’s flat-share living room, a couple of comedy bottles of Archers and then a night out in a dodgy nightclub.

‘The red eye home is always filled with self-loathing and vows to never do it again.’ 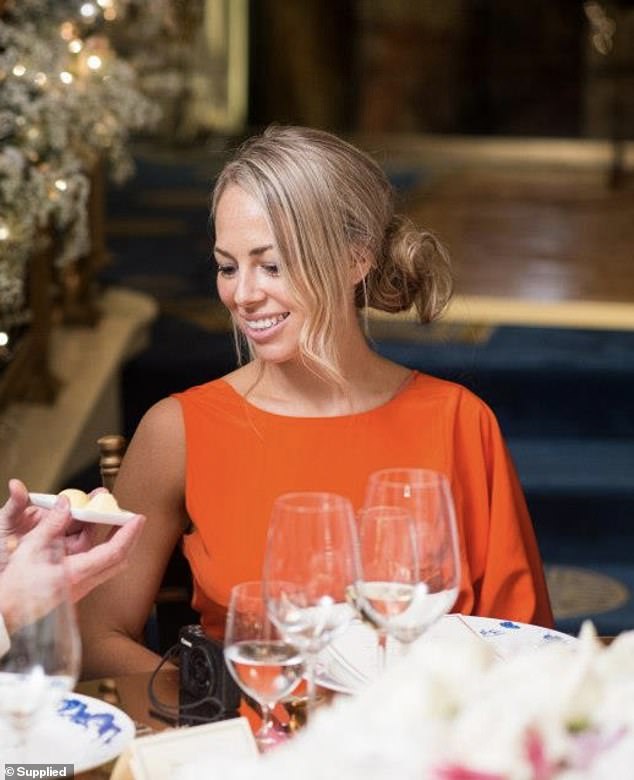 Lawyer Natalie, pictured at a wedding at the Peninsular in Hong Kong, has been to over 30 weddings in the last 10 years, around a third of which have been in Hong Kong or the UK 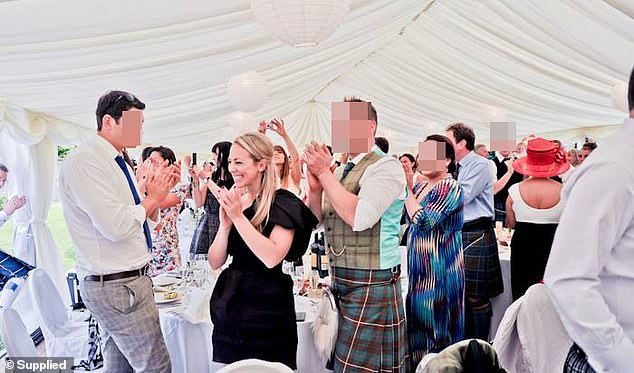 Natalie, clapping the bride and groom at a wedding in Scotland, often pays out a fortune on flights to travel to the UK for nuptials

Natalie said the best part of going abroad for a hen party or a wedding is when everyone is staying in the same spot, as all the different groups of friends get to know one another.

‘It’s a kind of fresher’s week type situation,’ she said.

‘However, this also leads to gossip spreading like wildfire because nobody has any shared background beyond the people there and what happened with the bridesmaid and the Italian waiter in the walk-in fridge the night before.’ 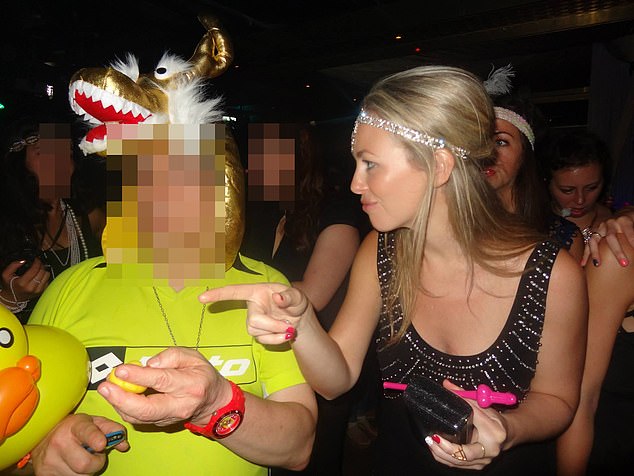 Natalie, pictured at a 1920s-themed hen party in Hong Kong, has flown back to the UK for hen weekends, costing her around £1,000 a go 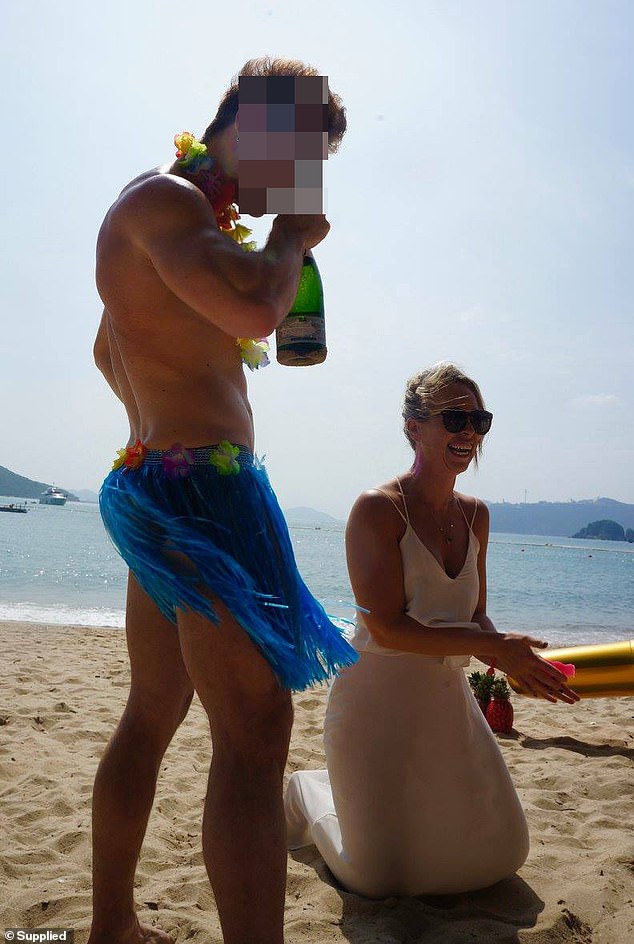 Natalie, pictured at her own tropical-themed hen party on the beach in Hong Kong, got her own back with her multiple hens and weddings

Natalie certainly got her own back when it came to her own wedding.

She revealed: ‘I had two weddings, one of which was a three-day celebration, and three hen dos – one in London, one in Hong Kong and one in Phuket.

‘My husband also had three stag dos, in Hong Kong, Koh Phi Phi and Myanmar – payback for the pain and expense everyone else inflicted on us!’ 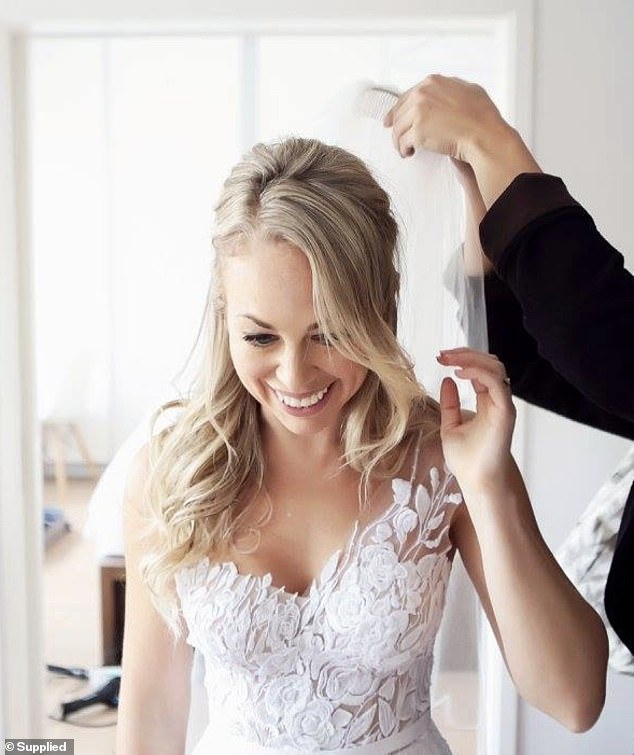 Natalie had two weddings, both in Hong Kong – one of which was a three-day celebration – and three hen dos – one in London, one in Hong Kong and one in Phuket

Samantha Jordan, 38, from Ireland, has also paid out her fair share on attending friends’ weddings and hen parties.

She said she considers herself ‘lucky’ she’s only been to 13 weddings in a 15 year period – six of which were abroad.

Samantha has also attended seven hen parties, five of which were overseas, and estimates she’s spent close to £15,000 in total over the period.

‘The most expensive hen do was a double hen – one in Barcelona, one in Cork, organised by myself and another bridesmaid,’ she explained.

‘There were only three of us on the hen (the bride included) but the costs were sucked up by the two bridesmaids, costing us approximately £1,700 each. 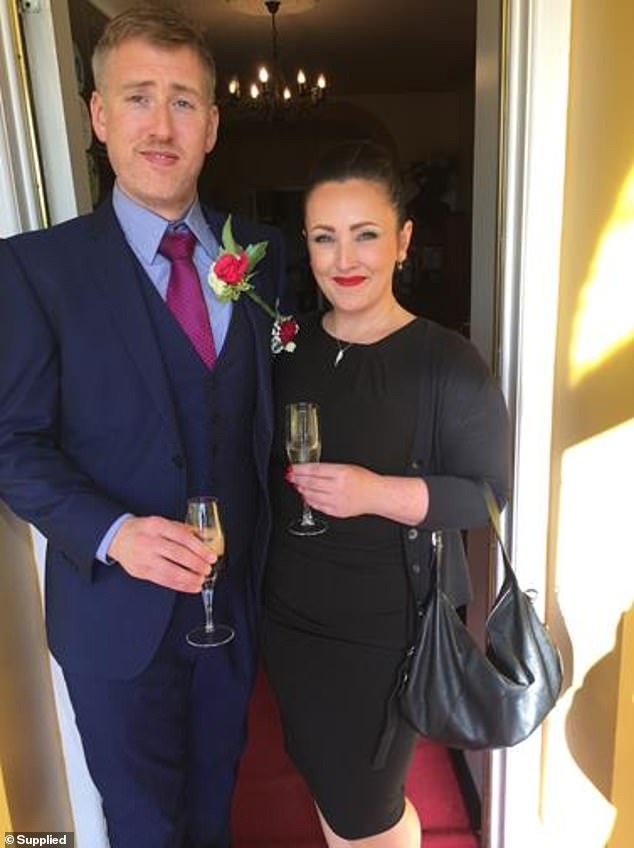 Sam, pictured with husband Kevin O’Mara, has also paid out her fair share on attending friends’ weddings and hen parties

‘This was followed closely by a five star Cheltenham hen do for a weekend at approximately £1,000 for the weekend.’

Sam said oversees hen dos are ‘inconsiderate and presumptuous’ if they’re ‘too high end’, but possible if it can be made affordable with a minimal itinerary.

She explained: ‘I have mixed feelings, and considering my own was technically abroad in Ireland, as I’m Irish, I justified that choice because I was getting married in London, where I live. 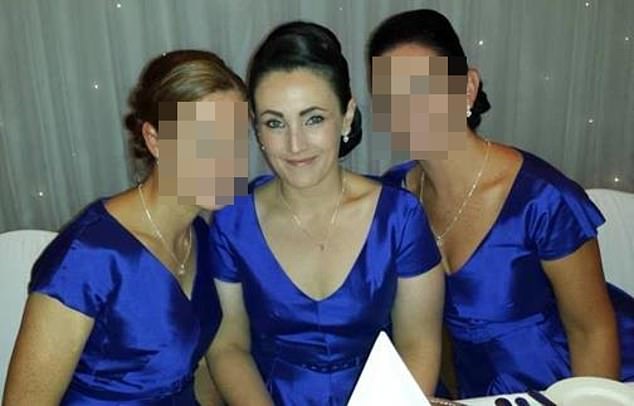 Sam, pictured as a bridesmaid, said oversees hen dos are ‘inconsiderate and presumptuous’ if they’re ‘too high end’, but possible if it can be made affordable with a minimal itinerary

Sam has turned down four destination weddings and hen dos because she didn’t have the cash – especially as one bride had an oversees hen and nupitals within four weeks of each other.

She’d also like to do away with the gifts element of hen dos, arguing it’s ‘wasteful and most people buy gifts that will inevitably be thrown out or disregarded’.

‘I do think that some people lose the run of themselves when it comes to presents or tat and it hikes up the anxiety along with the cost,’ Sam admitted.

If you’re planning a stag or hen do abroad and want to look at an alternative cultural destination, Culture Trip has pulled together a list of recommendations here.