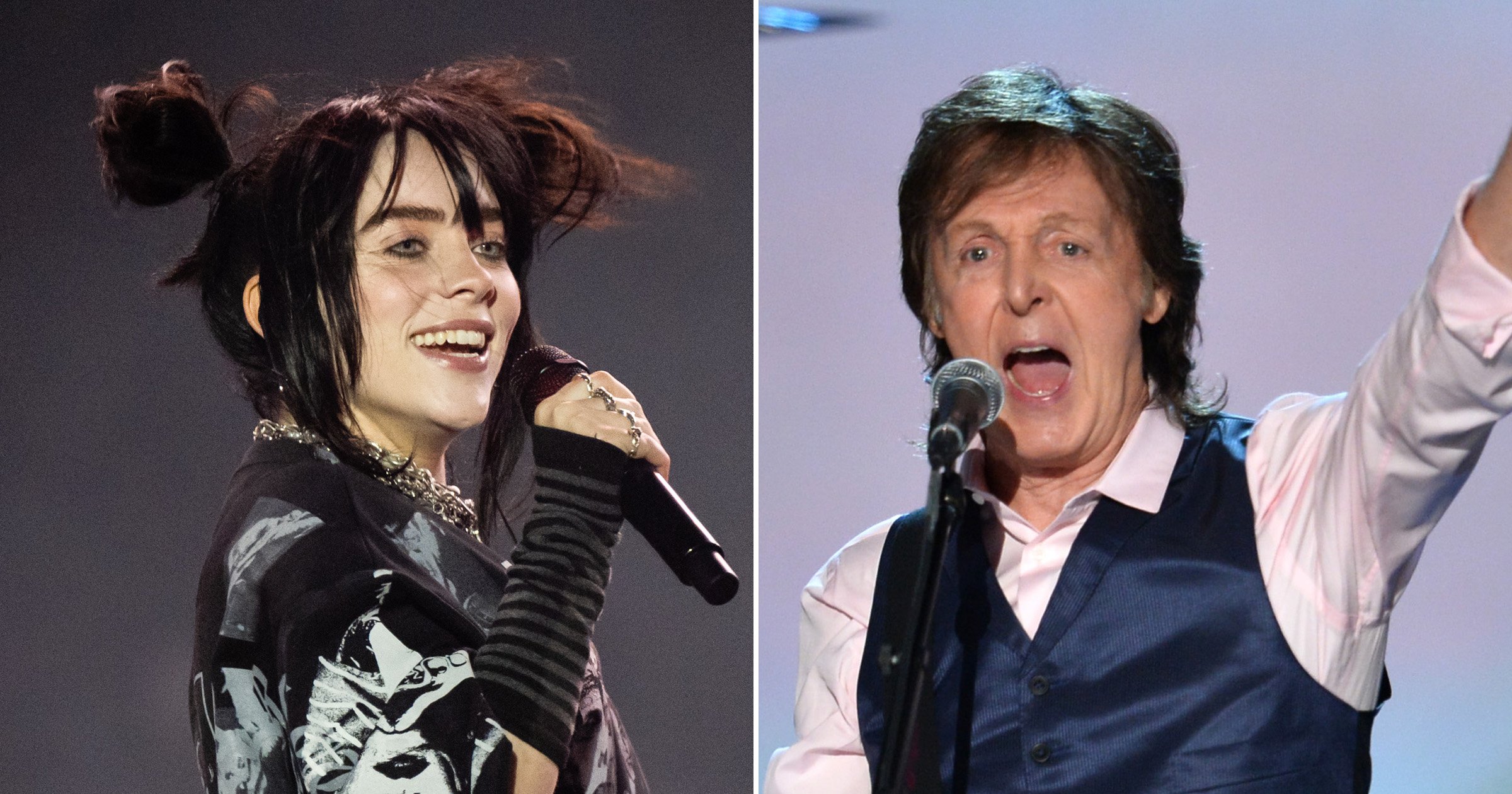 Billie Eilish has gushed over sharing a stage with Beatles legend Sir Paul McCartney as the pair prepare to break records on the same weekend.

Sir Paul is set to make history on Saturday as he becomes the oldest-ever solo act to headline Glastonbury festival.

The former Beatle’s headline show comes exactly a week after he celebrated his 80th birthday and more than 60 years of making music.

His record-breaking achievement comes just one day after Billie became the youngest-ever solo artist to headline the annual event, at 20 years old.

Speaking to NME on both her and Sir Paul making history on the same stage, Bad Guy singer Billie said: ‘It doesn’t matter how old you are, where you’re from, what you look like or who you are: you can do this.’

She went on to say it was ‘bonkers’ that she was ‘on the same level’ as Sir Paul and fellow headliner Kendrick Lamar, asking ‘are you kidding me?’

‘The Beatles were what raised me,’ she revealed.

‘My love for music I feel 95 per cent owes to the Beatles and Paul. It’s insane to think about.’

Ahead of his history-making set on the Pyramid Stage, Sir Paul delivered a surprise warm-up performance at an intimate venue in Frome, Somerset, where he played some of his best-known solo material to just 800 people.

Within the selection were hit tracks Maybe I’m Amazed and Band On The Run alongside some of the Beatles’ most loved songs including Hey Jude and Blackbird.

In recent months, Sir Paul has been performing in the US for his Got Back tour, with Jon Bon Jovi joining for his show in New Jersey.

During his tour this year, the singer held a virtual duet with his former bandmate, the late John Lennon – and speculation is rife Sir Paul is set to do the same for his record-breaking Glasto slot.

With 200,000 attendees at Glastonbury, Sir Paul’s performance is expected to attract an especially large crowd.

The star previously said that his tour and Glastonbury performance will be full of hits from his time in the Beatles and his later group Wings, as well as some of his most popular solo material.

There are also reports Sir Paul plans to run onstage with a Ukraine flag as he performs an anti-war song by John Lennon near the end of his set amid Russia’s sustained invasion of the country.

On Friday, Ukrainian president Volodymyr Zelensky spoke via a video message at the festival where he described Glastonbury as the ‘greatest concentration of freedom’ and called for the world to ‘spread the truth’ about Russia’s war.

Eurovision winners Kalush Orchestra also marked their first performance in the UK since their stunning win, as they played a Glasto slot on the Shangri-La’s Truth Stage.

As for Billie’s own record-breaking set on Friday, the singer spoke out against the US Supreme Court’s ruling to overturn the landmark 1973 Roe v Wade case that legalised abortion nationwide.

‘Today is a really, really dark day for women in the US,’ she said. ‘I’m just going to say that as I cannot bear to think about it any longer in this moment.’