Below Deck charter guest Charley Walters dished about his third time on the Bravo show, including why he left the Season 8 crew such a large tip.

The third time was not a charm for Charley, who also appeared on Season 5 and 6 of Below Deck. Charley and his friends have been dubbed the worst charter guests in franchise history.

Fans have shared their dislike of the group on social media. The outrage prompted Charley to defend his behavior claiming producers wanted him to be over-demanding to the crew.

Charley, who insists he is nothing like what viewers see onscreen, talked about the reality of being on Below Deck in an interview with Decider.

One thing Charley did not know until right before boarding the My Seanna was the crew except for Captain Lee Rosbach and Eddie Lucas, were brand new to the Bravo show. Charley wasn’t even aware beloved chief stew, Kate Chastain was not on board.

The lack of experience and Kate being gone are two reasons Charley believes his demands seemed so sky-high. Charley and Kate had a system, especially for his outlandish theme parties. New chief stew Francesca Rubi loved Charley’s two party ideas but wasn’t prepared for them.

Charley praised chef Rachel Hargrove as a person and for her really good food. He was unaware of what was going on in the galley and felt terrible watching her cry during the second episode.

“I wasn’t there for the omelet orders, so I didn’t know how crazy they were. I actually found that funny when I was watching how much my guests were getting so picky about this. But when I saw, I felt so bad because we didn’t know she didn’t have the right pans,” he explained to the website.

He also revealed one reason he jumped in to help out so much was that Charley had been on the yacht previously. Plus, Charley wanted to ensure his group had a good time, even if that meant him lending a hand. 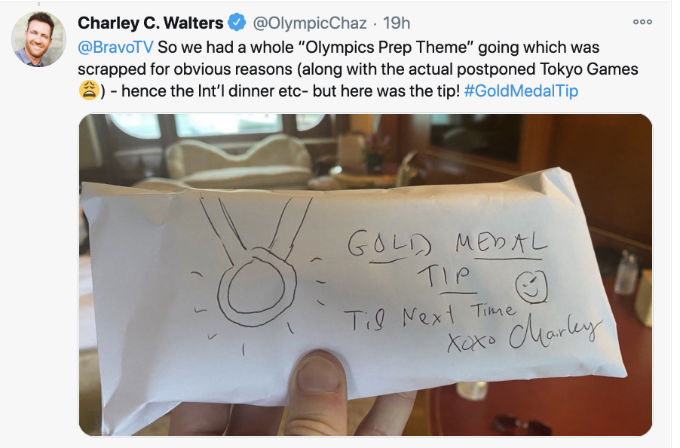 Despite the rocky experience, Charley shared the crew got it together by the end of the charter. Charley legitimately felt terrible for the crew, especially after learning some of the crew’s challenges during the trip.

Once having all the details regarding how the season started, Charley realized his group would look like total jerks.

“I realized we were going to look really bad because we were so hard on them, and so I was like, you know what, we gotta give them a big tip,” Charley expressed before sharing the crew was grateful for the tip. 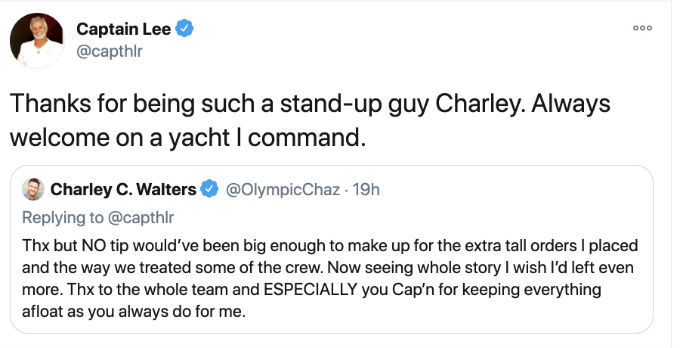 It is a reality TV show, not real life

Charley made it clear his life is not all about the rich and famous. He lives a modest lifestyle full of philanthropy, and his love of the Olympics. The only reason he gets to vacation on a superyacht is because of Below Deck.

“This is a lucky experience for me, and so I’m like, I don’t have as much money as you think!” he exclaimed.

Charley knows what to expect from Below Deck, and also knows he has to have tough skin. The latter took a while for Charley to learn, but with the good of being on reality TV comes the bad. He simply wants to remind viewers to learn more about him before judging what occurs on television.

Below Deck airs Mondays at 9/8c on Bravo.