Phil Mitchell (played by Steve McFadden) has been on a mission to win back Sharon Mitchell (Letitia Dean) ever since he returned to the Square but his estranged wife hasn’t always been so sure. The EastEnders stalwart blamed Phil for Dennis Rickman’s (Bleu Landau) death before realising she still loved him as she vowed she was happy with her decision to give up baby Kayden. However, as the pair look to a new future together, will Sharon be forced to choose between her husband and son?

In the weeks following Dennis’ death, Sharon struggled to adapt to life as a new mum.

Her friends rallied around her but the grieving mother realised she couldn’t cope with Kayden and felt he was an unwelcome reminder of Dennis.

Sharon turned to Karen for help as she begged her to raise Kayden and the matriarch happily agreed.

Karen thought her time looking after her grandson was limited until Ian Beale (Adam Woodyatt) demanded she left Walford with Kayden for Sharon’s sake. 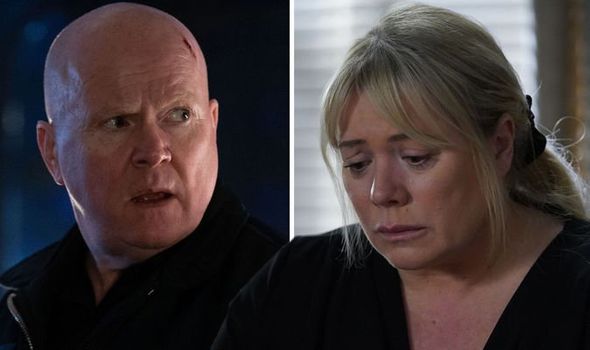 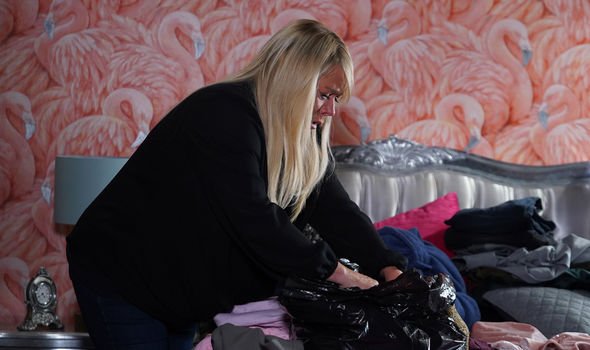 While Karen prepared for the move, Phil returned to the Square and begged Sharon to give their marriage another chance.

With Keanu Taylor’s (Danny Walters) baby out of the picture, Phil offered to buy Sharon the Queen Vic for a fresh start.

Unsure at his proposal, Sharon fled to Australia but on her return promised Phil she wanted the same things as him.

However, after discovering a gift Dennis bought for Sharon’s baby before he was born, the grieving mother started to have second thoughts. 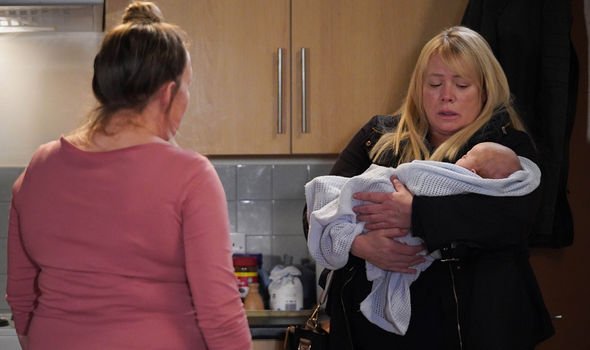 Linda Carter (Kellie Bright) and Ian Beale (Adam Woodyatt) both warned Sharon she could regret her decision but she refused to listen.

In recent scenes, Sharon visited Karen to hand over some baby items and ended up comforting her son.

While Karen’s friends and families said goodbye, Sharon cradled Kayden in the next room before falling asleep.

The Taylor matriarch gave Sharon an opportunity to change her mind but the stalwart ran off and has stuck by Phil.

However, in upcoming scenes, Sharon’s doubts will resurface and she’ll voice her feelings over wanting to be a family with her husband and Kayden.

Phil has his reservations but goes along with Sharon’s wishes as she asks Karen to give Kayden back.

Karen puts on a brave face but is heartbroken when she hands him back to his mum.

It’s not long before Phil issues Sharon with a cruel ultimatum after admitting he can’t separate Kayden from Sharon’s betrayal with Keanu.

After trying to make it work, Phil demands she has to make a choice between him and Kayden.

EastEnders viewers have watched the stalwart show signs of regret over the last few weeks and if she chooses Phil she may regret her decision for the rest of her life.

However, Phil and Sharon’s love story has been playing out on screen for years and the stalwart may not be strong enough to end her marriage to be a single mum.

Will Sharon start a new life with Kayden or will she become the new Queen Vic landlady alongside Phil?

EastEnders continues Monday on BBC One at 8pm.