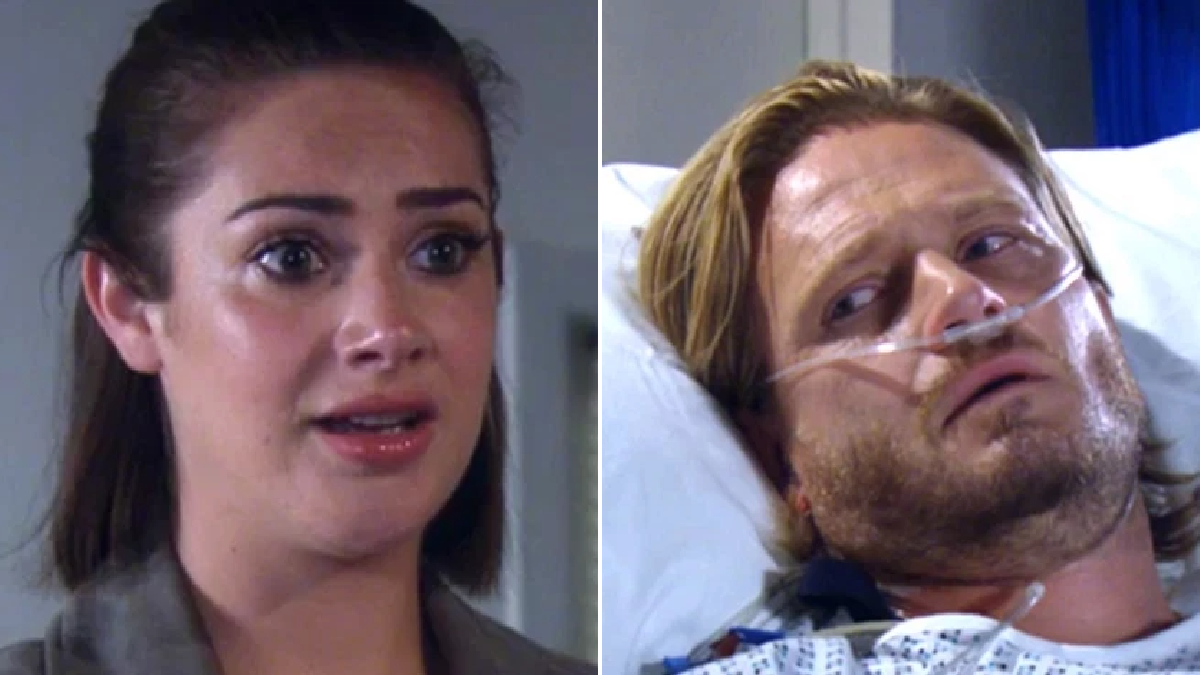 The two of them have been growing closer for months, and it was David’s heroism of taking a bullet for Vic last week that confirmed to her David may want to be more than friends.

Tonight, as David continued to recover in hospital, Eric (Chris Chittell) paid him a visit, and it wasn’t long until conversation turned to Victoria.

David explained that, despite knowing Vic for years, his feelings for her had only started to grow since they began spending more time together for Theo and Harry’s sake.

Suffice to say David’s feelings for Vic were strong, but it was a visit from Leyla (Roxy Shahidi) that somewhat changed things.

Leyla expressed her worries to David about Jacob (Joe-Warren Plant), their teenage son who was seriously struggling with the trauma of losing Leanna (Mimi Slinger) and almost losing his dad.

David promised Leyla he would put Jacob first, which made for an uncomfortable moment when Vic returned to see David.

Bravely declaring her love for David, Vic was confused when David announced he didn’t feel the same.

As the tears fell, Vic left the hospital room, devastated to hear David didn’t love her.

But does he really mean it?

Or is he just pushing Vic away for Jacob’s sake?