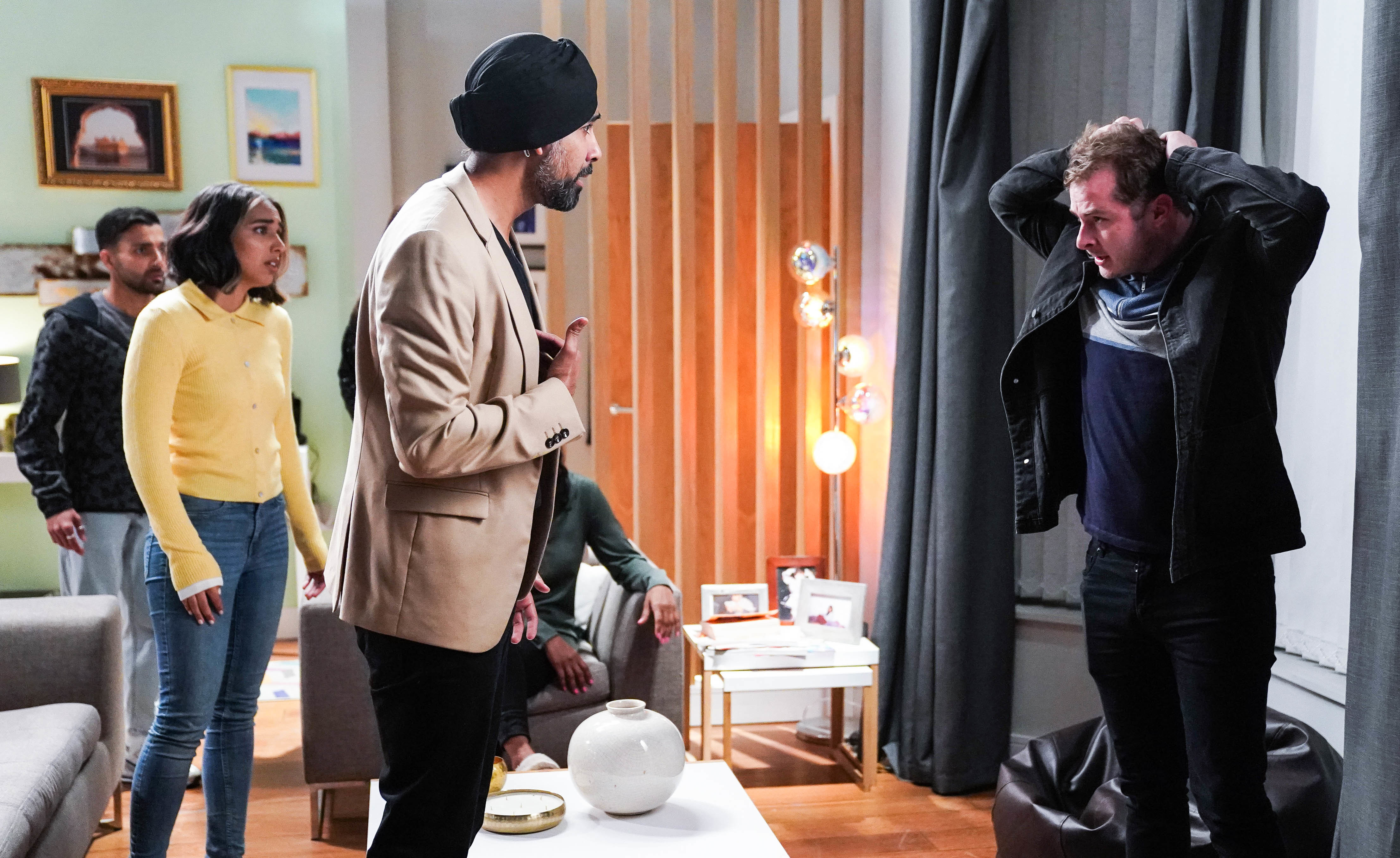 It’s a family that has always been pretty badly fractured, and now the Panesar clan is going to find itself ripped apart in EastEnders when truths about Jags’ death are exposed.

Viewers know that Suki (Balvinder Sopal) engineered the incarceration of her son Jags as he took the rap for a robbery committed by Vinny (Shiv Jalota).

His crime? A relationship with Habiba Ahmed; one which Suki hugely disapproved of.

Ben Mitchell (Max Bowden) was later persuaded to provide protection for Jags in prison as his life was under threat but, when he found out something was going on between Kheerat (Jaz Deol) and Sharon (Letitia Dean), he withdrew it.

With no means of defence, Jags was killed and the Panesars were left reeling. But the nightmare is about to come back to haunt them when Ben finally comes clean about what he did.

Kheerat and Ben have formed a friendship despite their pretty serious past feud. And Kheerat has been one of the few people that Ben has felt in his corner.

When Kheerat offers some sage advice to a struggling Ben after finding him in a state, Ben’s guilt over the secret he is hiding from him hits badly.

Already consumed by self loathing and high on drugs, Ben makes an admission to the Panesar family that he withdrew the protection Jags had – he is responsible for his death.

As the bombshell explodes a hole in the family, what will the consequences be as grief returns to the fore and blood boils?

How will Kheerat seek revenge on the man he thought was his friend?

And what part will Suki play as she knows she is just as guilty for Jags’ fate?