When Priya (played by Fiona Wade) was pregnant with her daughter Amba a few years ago on the ITV soap she developed an eating disorder.

While she managed to get the help she needed, the illness is beginning to rear its head agin on Emmerdale.

Fans saw Priya acting strangely on the programme in recent weeks as her brother Jai (Chris Bisson) questioned her behaviour.

Priya star Fiona appeared on Loose Women today where she spoke about the upcoming storyline and the future of her character.

“So what’s next for her? What would you like to happen for her?” asked panellist Saira Khan.

To which Priya replied: “Well, you see obviously being an actress in a soap the more drama the better. But you know, I do love playing her but we’ll see.

“Obviously this storyline will go on for a little while and we’ll see what happens.”

Could Priya be after respite from the village as she battles with her health?

The actress also spoke about how she had prepared herself for tackling the difficult storyline.

She divulged: “When I was told [about the story], I think in 2014, I didn’t know much about anorexia really – And I definitely hadn’t heard of pregorexia, which is what Priya developed. 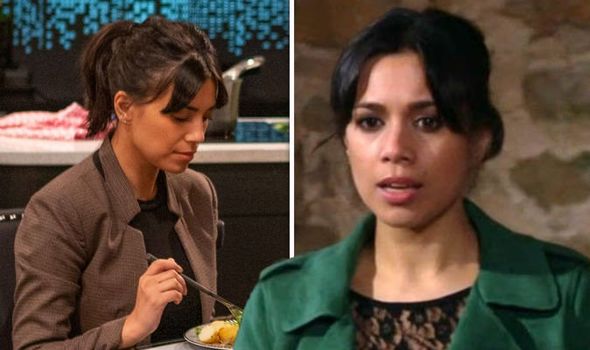 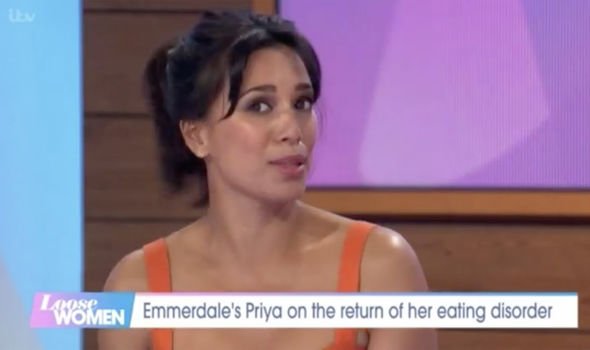 “I spoke to a leading consultant doctor in Leeds, I read books and followed girls on their blogs.”

She added: “I wanted to understand what was going on in their head.”

Fiona also discussed how her character’s story had impacted viewers when the eating disorder was explored a few years ago.

“This hasn’t quite come on screen properly yet, but from when I did it a few years ago it was wonderful,” she explained. 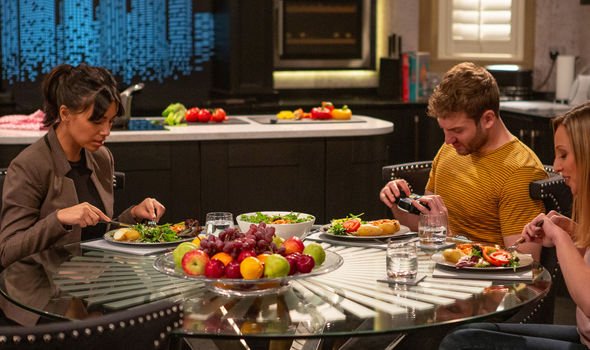 The Emmerdale star went on to say: “I had a very healthy relationship with food growing up, and recognising that anorexia is a mental illness and it’s serious and so sad, I have so much compassion for it now.”

She continued: “I’m from a Filipino family, so food is very much – it’s social. It’s what we do. We eat all the time. My mum is constantly cooking.

“For me, being a child, I saw my mum eat everything and I ate what they ate, so it was very difficult for me in terms of getting my head into a different space.

“Now that I understand it more, I see how these things can derive from anxiety, OCD, perfectionism, stress.”