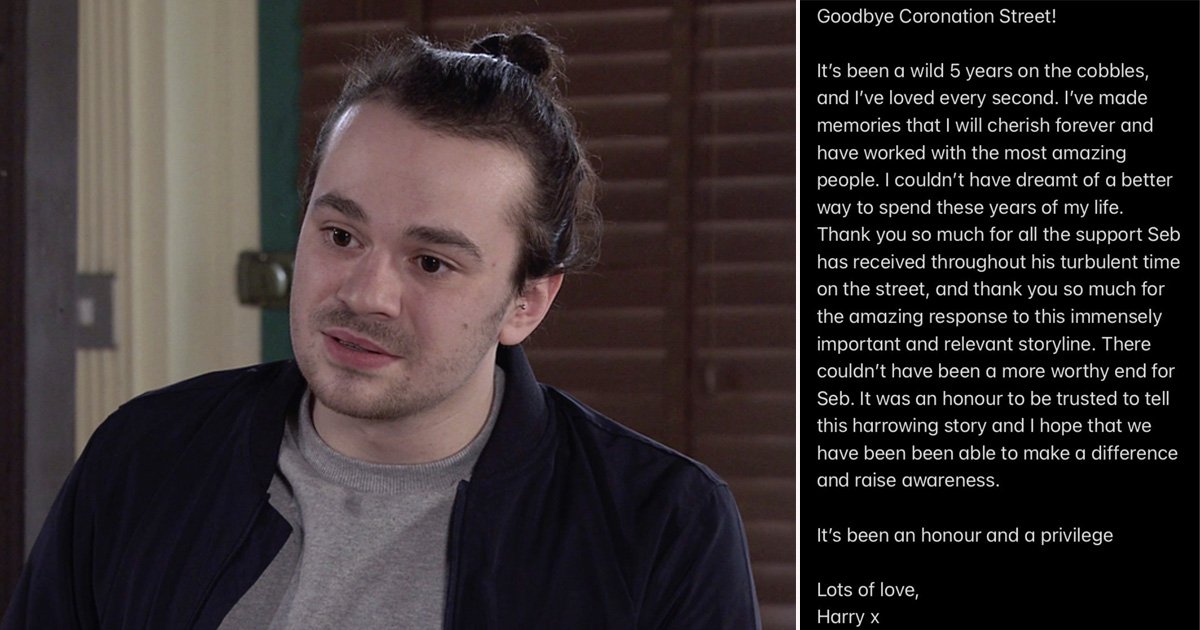 Harry Visinoni has issued a heartfelt statement after his character Seb Franklin died on Coronation Street on Friday.

Viewers were on the edge of their seats as Seb was the subject of a violent on-screen assault alongside his girlfriend Nina Lucas (Mollie Gallagher).

The popular couple were set upon by Corey Brant (Maximus Evans), his friend, Eli, and a group of other gang members, following a showdown by the canal.

The scenes were Harry’s last on the show and he took to Twitter to say farewell to fans after the episode aired.

He wrote: ‘Goodbye Coronation Street: It’s been a wild 5 years on the cobbles, and I’ve loved every second. I’ve made memories that I will cherish forever and have worked with the most amazing people.

‘I couldn’t have dreamt of a better way to spend these years of my life. Thank you so much for all the support Seb has received throughout his turbulent time on the street, and thank you so much for the amazing response to this immensely important and relevant storyline.

‘I never intended to stay in the show forever and it was always a goal of mine to play a major part in a story that is huge for the show. It wasn’t something I could pass up.’

Speaking of his final moments on set, Harry added: ‘It was quite emotional really, the crew shouted “that’s a wrap for Harry” and I got a clap and all that – I was welling up which is a rare thing for me!

‘I also drew the short straw because we aren’t allowed leaving drinks during Covid!