Best known as the Pioneer Woman. Ree Drummond is one of the most recognizable hosts on the Food Network. She has hosted “The Pioneer Woman” — a food show in which she shows viewers how to make classic home recipes — from 2011 until now (via IMDb). Additionally, she has released several books, ranging from cooking to autobiographical, according to her official website. Her relatable persona has amassed a legion of fans, resulting in numerous money-making opportunities.

Fans are not only obsessed with her delicious recipes and warm demeanor on camera, but also her unusual backstory. Drummond never intended to have a career in cooking. She was a ballet dancer growing up and wanted to go into broadcast journalism after she graduated from the University of Southern California (via The New Yorker). For a while, she also wanted to become a lawyer, but got into cooking after her blog became a massive hit while she was homeschooling her kids.

With her empire still going strong, Drummond has decided to try her hand at professional acting. Find out the details of who she’s playing below.

Ree Drummond's newest role was written especially for her 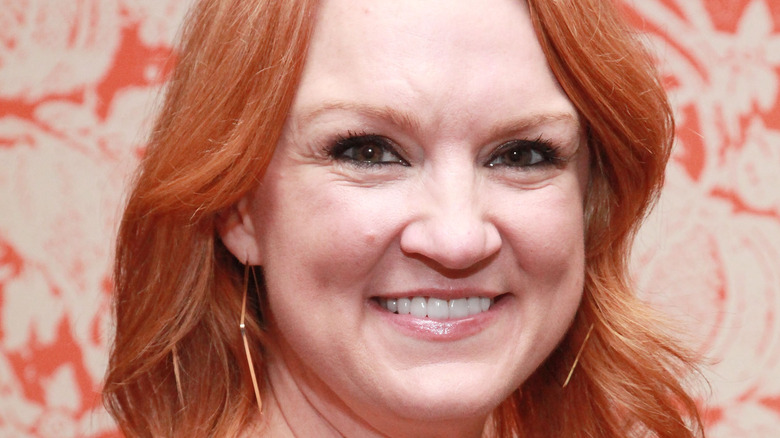 On August 25, Variety reported that Ree Drummond will be acting in the Food Network’s first-ever scripted movie, “Candy Coated Christmas.” The movie, which will premiere in November, “revolves around a young woman (Molly McCook) who returns to her mother’s hometown of Peppermint Hollow after her plans to launch a business are derailed by circumstance.” Drummond plays a bakery owner who befriends the young woman and shows her around town. According to Kathleen Finch, Discovery’s chief lifestyle brands officer who oversees the Food Network, the role was specially written for Drummond.

“Ree is the epitome of a female-skewing Food Network talent,” Finch said. “We put her and all these fun ideas into a pot and came up with this fun idea.” The role also marks Drummond’s first attempt at professional acting — a challenge she was excited about.

“‘Candy Coated Christmas’ was so much fun to be part of; it had all the magical elements that make holiday movies so special,” Drummond said. “Any initial nerves I felt about joining this project completely melted away when I stepped into the sweet, charming world of Peppermint Hollow.” The movie also stars John McCook, Aaron O’Connell, Lee Garlington, and Landry Townsend, and it will air on Discovery Plus. But Drummond’s participation in the movie also speaks to Food Network’s investment in her.

Ree Drummond signed a multi-year deal with the Food Network 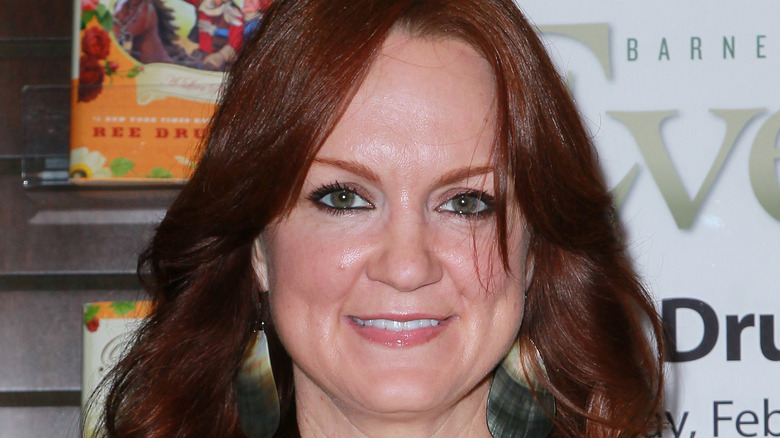 Ree Drummond’s inclusion in “Candy Coated Christmas” further proves that the Food Network loves working with her. In September 2019, Drummond extended her working relationship with the Food Network for three years, with new episodes of “The Pioneer Woman” (via Variety).

“Ree Drummond’s incredible following and popularity ha[ve] led her from a small-town blogger to successful entrepreneur with a hotel, restaurant, and general store, author of several cookbooks and quarterly magazine, a line of best-selling cookware, and more. But she never deviates from her roots, always sharing a passion for food and cooking for her loved ones,” Courtney White, president of the Food Network said in a statement at the time. “With this new deal, she will be able to continue to connect with Food Network’s viewers offering more of her accessible cooking style and family-focused country life.”

Drummond responded to the new deal by saying, “Food Network is like family to me. There’s nowhere else I’d rather be when it comes to sharing the things that are most important to me: food, friends, community, family–and don’t forget fun! I’m so excited for our continued partnership, and for many more good times ahead.” With a year left on her contract, the Food Network has surely given Drummond another reason to re-up her deal with this acting opportunity in “Candy Coated Christmas.”