Conan O’Brien’s departure from late-night linear television after 28 years is shining a spotlight on the sustainability of the nightly format outside of the broadcast networks.

O’Brien, who will end his TBS show in June 2021, is heading to HBO Max for a weekly variety show. It comes after a storied career hosting NBC’s Late Night, between 1993 and 2009, followed by a controversially short tenure on The Tonight Show and the last ten years spent hosting his eponymous show on the WarnerMedia-owned network.

Last month, Conan showrunner Jeff Ross told Deadline that he’s questioned the future of the genre and believes late-night shows are now “kind of dinosaurs in the business”, adding that linear networks are “just like death” due to lower ratings.

The former SNL and The Simpsons writer seems perfectly suited for a weekly variety show on a streaming service, giving him more space for his offbeat comedy as well as time to grow his booming podcast empire.

The move leaves The Daily Show with Trevor Noah as the last major nightly talk show on ad-supported cable after the cancellation of shows such as E!’s Busy Tonight and Comedy Central’s Lights Out with David Spade.

There are successful weekly shows both on basic and premium cable such as TBS’ Full Frontal with Samantha Bee, HBO’s Last Week Tonight with John Oliver and Real Time with Bill Maher and Showtime’s bi-weekly Desus & Mero with new shows coming from the likes of The Breakfast Club host Charlmagne Tha God on Comedy Central, Sam Jay on HBO and Ziwe on Showtime. But as many late-night writers and producers say, these are slightly different beasts to doing a nightly show.

As Hollywood goes through its own digital recalibration – with the likes of NBCUniversal bringing together its linear and streaming teams and ViacomCBS and WarnerMedia focusing more aggressively on their digital platforms – it’s quite possible that we won’t see too many new nightly shows launch on cable in the future.

However, there’s no history of success in the nightly world on streaming. Netflix tried with Chelsea Handler’s Chelsea. The show, which aired three episodes a week, was cancelled after its second season and the streamer hasn’t tried to replicate the nightly format since, choosing weekly topical shows with the likes of Michelle Wolf and Hasan Minhaj instead.

Arguably its most talked about the show in this arena is David Letterman’s My Next Guest Needs No Introduction, a longform interview show with guests such as Barack Obama and Kim Kardashian. The service, which prides itself on its ‘watch-when-you-want’ offering, is unlikely to jump back into the more traditional topical talk space, instead focusing its attention elsewhere for the time being.

Apple TV+’s recent deal with Jon Stewart also received a lot of attention. The streamer said that it had ordered multiple seasons of the show, but it’s not clear how and when they will roll out. The show, from the revered former host of The Daily Show, which is produced by Stewart’s Busboy Productions and Eden Productions, run by former HBO boss Richard Plepler, is going to feature one-hour episodes dedicated to a single topic, likely making it more akin to Last Week Tonight or Letterman’s new show rather than Stewart’s old Comedy Central gig.

On streaming, Amber Ruffin is making arguably the closest thing to a nightly show, albeit weekly. The breakout star of Late Night with Seth Meyers, records and airs her self-titled show on Fridays on Peacock. She is seven episodes in to her run and hopes to be renewed for a second season in 2021. But it’s unclear, as it is with all streamers, how many people are tuning in. Ruffin told Deadline that even she isn’t told viewing figures by NBCU brass, largely so that she doesn’t spill the beans to people like myself.

Exec producer Jenny Hagel said it was fun to “have first crack at the latest news stories” on the show, which airs from 9pm on the east coast. “I think right now that time is such a weird thing with the pandemic and we’re all viewing shows in a different way – I don’t know how much appointment viewing there. I’m just thrilled that people can find us any time,” she told Deadline.

Ruffin’s show sits alongside Wilmore on the service, although Black-ish exec producer Larry Wilmore has previously said that his show would be done after its 11 episode run. “Is it going to get picked up? No,” he told the New York Times. “This is going to be done, and then we’ll sit down at the right time and say, ‘Is this something we want to do as a permanent thing?’”.

Streaming will figure out the late-night medium at some point – it’s the direction that television is heading towards and may yet entice a few more established faces like Conan O’Brien over to help. Basic cable, however, is getting ready to say goodbye to one of its hall-of-famers.

The Daily Show Co-Creator Lizz Winstead On Jokes Under Biden, The Trouble With Late-Night & Doing A Kayak Comedy Show 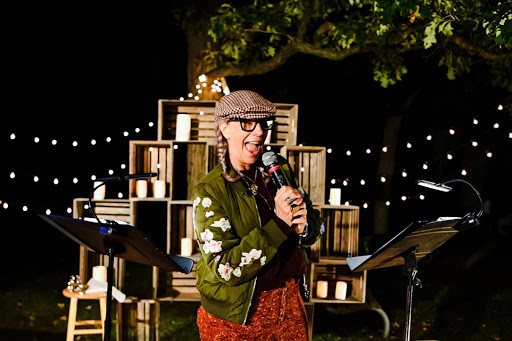 She has spent much of the time since she left the Comedy Central show, where she ran the writers’ room, in 1998, doing stand-up across the country.

However, COVID-19 has obviously curtailed comedians from gathering in sweaty clubs and basements so Winstead followed another path. She set up a comedy special with audiences in kayaks in Minnesota and with small groups around socially distanced campfires.

“It was very stifling not to be able to do shows about Coronavirus, systemic racism and this election,” she told Deadline. “I wanted to do what Minnesotans do and they kayak and canoe and that’s how they keep their sanity so I built a rickety old stage on the shore of a lake and did a kayak show.”

She shot the special – Corona Borealis: A Night of Comedy Under the Stars – in two parts. The first was shot in September and then the second half was shot around a series of campfires a week after the election was called in Joe Biden’s favour. “It looks really beautiful but it also looks like everything that QAnon thinks Democrats do together, asking ‘how are we going to eat our young to get our point across’. 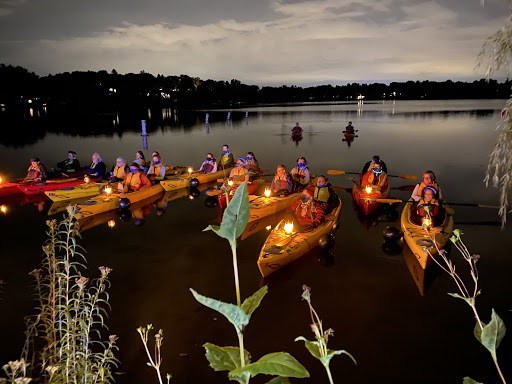 While Winstead is evidently occasionally frustrated by the Democrats (“they consistently bring a power point presentation to a knife fight”), she said performing comedy under Trump was no fun. “It was just gaslighting so it wasn’t really political material as much as trying to make jokes around the psychology of a sociopathic narcissist and that’s not political, that’s just jokes about a sociopathic narcissist,” she said. Her hope is that under a Biden administration, she’ll be able to dig a bit deeper into policy for inspiration.

The show, which launches on Vimeo on November 25, also includes a conversation with Minneapolis Councilwoman Andrea Jenkins, the first Black transgender woman ever elected to political office, who represents the district where George Floyd’s death happened. The pair talk white supremacy, community policing, violence against women, particularly Black trans women, and how white folks can better advocate for communities of color.

All of which is playing in the same ballpark as her co-creation, now hosted by Trevor Noah. But Winstead said that she doesn’t miss doing a nightly comedy show on television, preferring to do stand up and tell jokes across social media.

“Television, in and of itself, feels incredibly arcane,” she added. “The Daily Show was one of the most rewarding things I’ve ever done in my life but I didn’t do stand-up when I was there because there was no time. I was barely eating, I was barely sleeping, I barely saw my family and my friends. So, after that I made a commitment to myself that I would never put myself in a career position where I couldn’t perform and have some time.”

Watch the trailer for Corona Borealis: A Night of Comedy Under the Stars below.