LOVE Island couples will be in for a shock tonight as a text interrupts their 70s themed party revealing that TWO of them will be dumped from the villa.

The Islanders are left gasping in tense new scenes set to air tonight, as a bombshell text sends shockwaves through the villa. 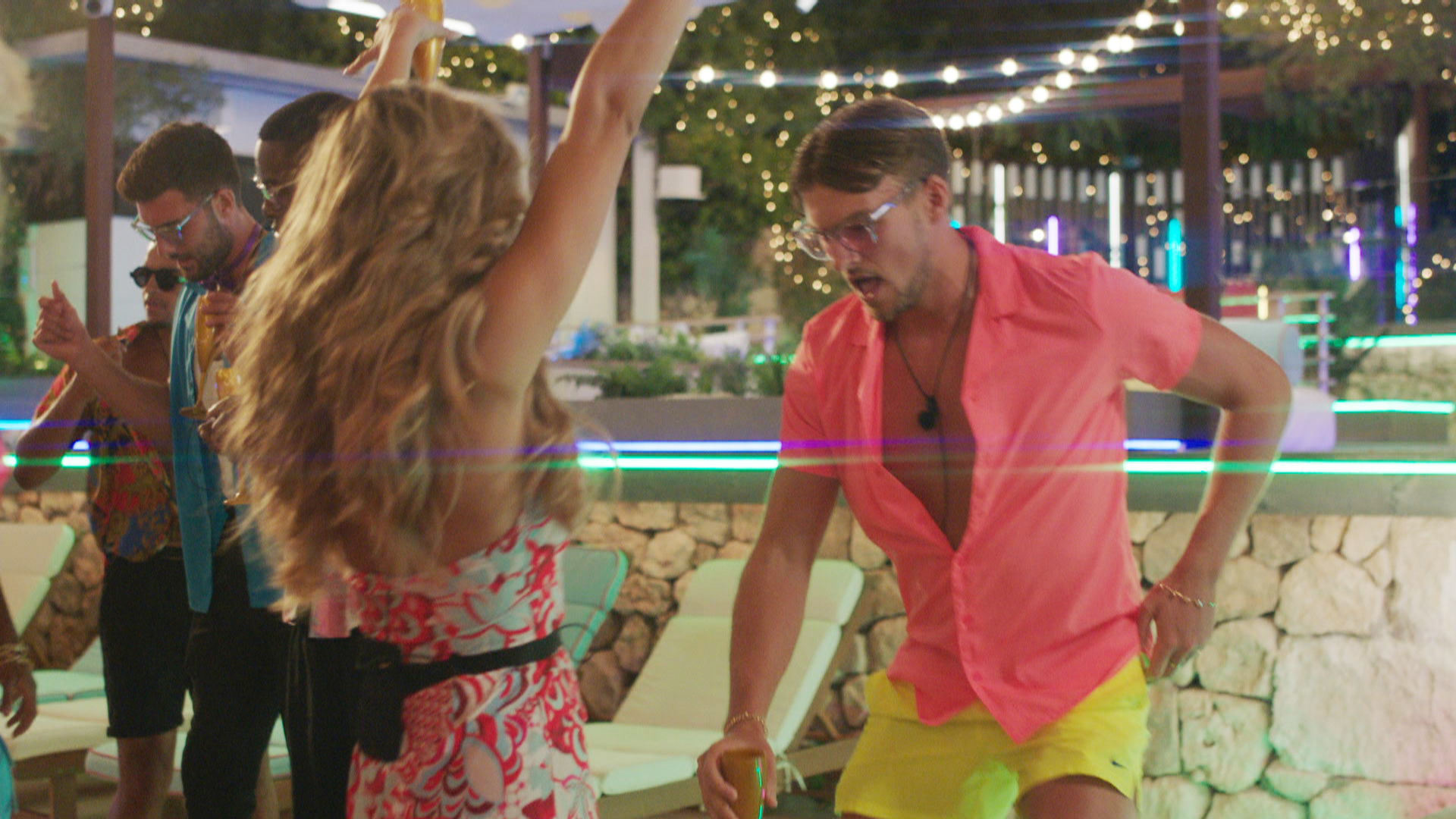 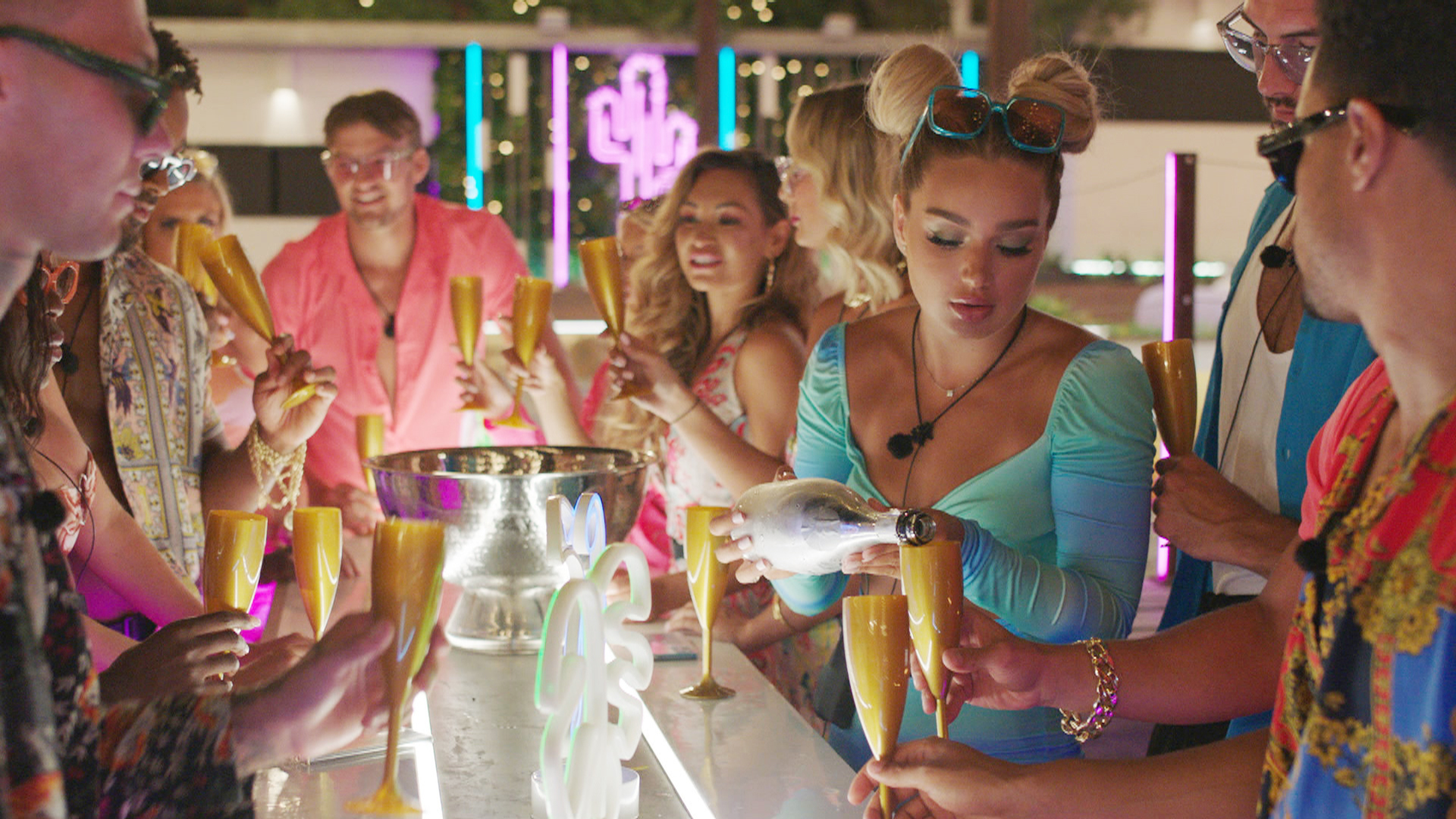 Just days after Sharon Gaffka was dumped in the recoupling, another twist is announced, with two Islanders set to be axed on the spot.

Islanders don their finest 70s outfits for a party tonight.

But while the festivities are in full swing they receive a text calling them to the fire pit.

Hugo receives a text which reads: “The public have been voting for their favourite girl and favourite boy.

"Those with the fewest votes are at risk of being dumped from the Island tonight.”

Viewers were asked to vote for their favourite boy and girl at the end of Monday night's show.

Tonight, the Islanders receive texts which reveal the Islanders who received the most votes from the public, and are therefore safe.

However, the Islander with the fewest votes are left standing.

It comes just a day after a reshuffling with the existing couples, and the dumping of original Sharon.

But first the beauty had to go and tell Danny that she wasn’t interested in pursuing in anything further with him, despite being coupled up with him.

Surprisingly the tatted hunk took the rejection well and shortly after their chat, Lucinda and Aaron decided to have a smooch.

Danny then set his sights on latest bombshell AJ Bunker, telling her that he was keen on getting to know her more. 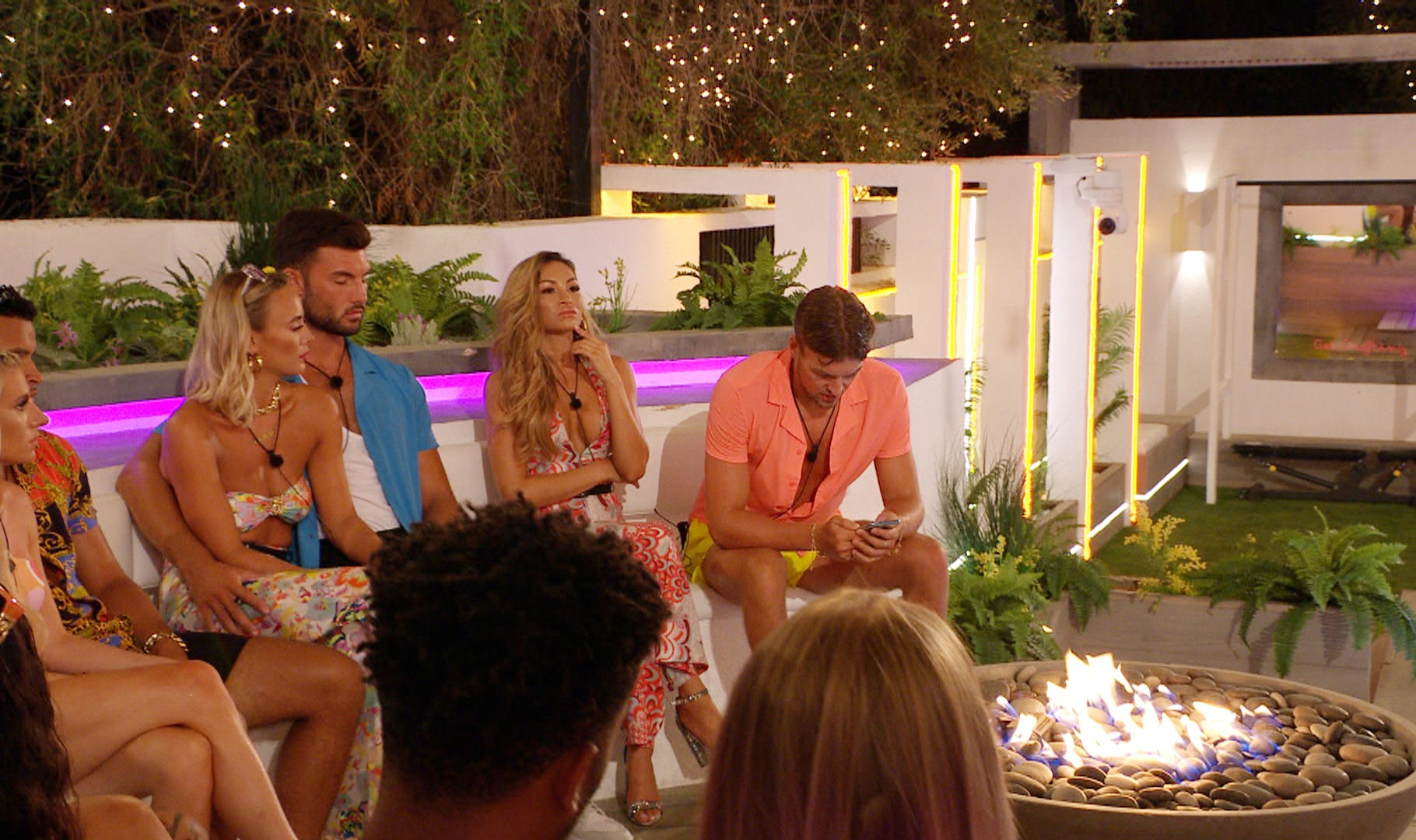