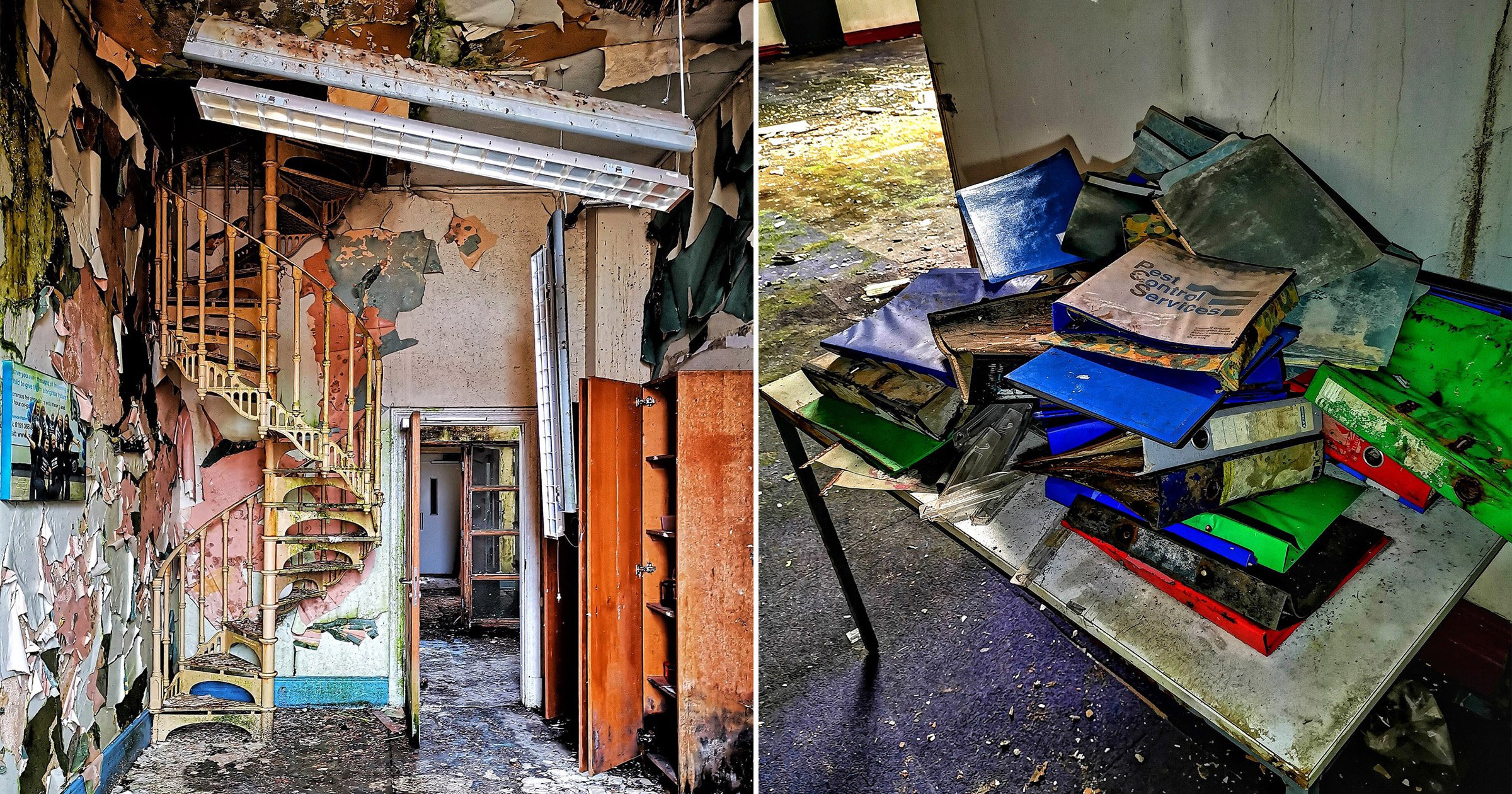 A spooky abandoned library that hasn’t been explored for years has now been captured by a photographer, revealing it to be the stuff of Halloween nightmares.

The photographer, who posts as Lost Places & Forgotten Faces, took the series of images to show what remains of the former Hyde library, located in Manchester.

Originally opening over a century ago in 1899, services were stopped in 2015 after they were moved to the town hall.

Since then the building has gone to wasted and been unoccupied.

In just six years, the creepy deterioration is already a sight to behold.

Inside, there was once the Rutherford gallery which was used as a space to display beautiful work.

The building is now in a state of disrepair, with peeling walls, missing pieces in the ceiling, and mould covering surfaces throughout.

But there are still signs of its old life, with old books left behind, along with a notice board and information point, where members of the public would seek help still hanging on the wall.

Plenty of mugs still linger around too in cupboards, seemingly where staff would stop for tea and coffee.

A striking spiral staircase remains in place, but is now covered in litter and remnants from the past.

Elsewhere there are some confusing finds – one room is filled with fire extinguishers and another has a sign relating to hair tinting.

The public and members of Manchester Council have spoken multiple times about renovating the building, with concerns over how quickly it is deteriorating.

However, nothing yet has been planned for the building’s future.

For now, it remains as a relic in its own right.