Joe Biden and Dr. Jill Biden are getting ready to ring in the new year!

The incoming first couple will speak exclusively with host Ryan Seacrest during the night's festivities for their last interview of the year, "bringing a special message of hope, unity and best wishes for the year ahead," according to a recent press release.

"In a year marked with many challenges, we are honored that President-Elect Joe Biden and Dr. Biden will join America’s most-watched tradition — Dick Clark’s New Year’s Rockin’ Eve — to share an inspiring message as we come together to close out 2020 and look ahead with hope to 2021," read a joint statement from Amy Thurlow, president of dick clark productions, and Craig Erwich, president of Hulu Originals and ABC Entertainment.

This year's iteration of the popular New Year's Eve special, which will be closed to the public due to the ongoing COVID-19 pandemic, will be hosted by Seacrest, 46, in New York City, alongside Billy Porter, 51, and Lucy Hale, 31.

Jennifer Lopez is scheduled to headline the event from Times Square, where she will performing minutes before the iconic ball drop, with additional performances by Porter, Cyndi Lauper, Jimmie Allen and Machine Gun Kelly.

Looking ahead in 2021, Biden is set to take office as President of the United States and believes outgoing President Donald Trump should attend the upcoming inauguration for the good of the country and its reputation on the world stage.

During a wide-ranging interview with CNN earlier this month, Jake Tapper asked whether Biden felt it was important that the outgoing president be present for his Jan. 20 inauguration, which Trump has not yet confirmed if he'll attend.

"I think it would [be] important only in one sense — not in a personal sense — important in a sense that we are able to demonstrate at the end of this chaos that he's created, that there is peaceful transfer of power, with the competing parties standing there, shaking hands, and moving on," said Biden, who Tapper noted was chuckling before responding to the question.

Biden continued: "I really worry about the image we're presenting to the rest of the world … look where we are now in the world. Look how we're viewed. They're wondering, 'My Lord, these things happen in tinhorn dictatorships. This is not the United States.'" 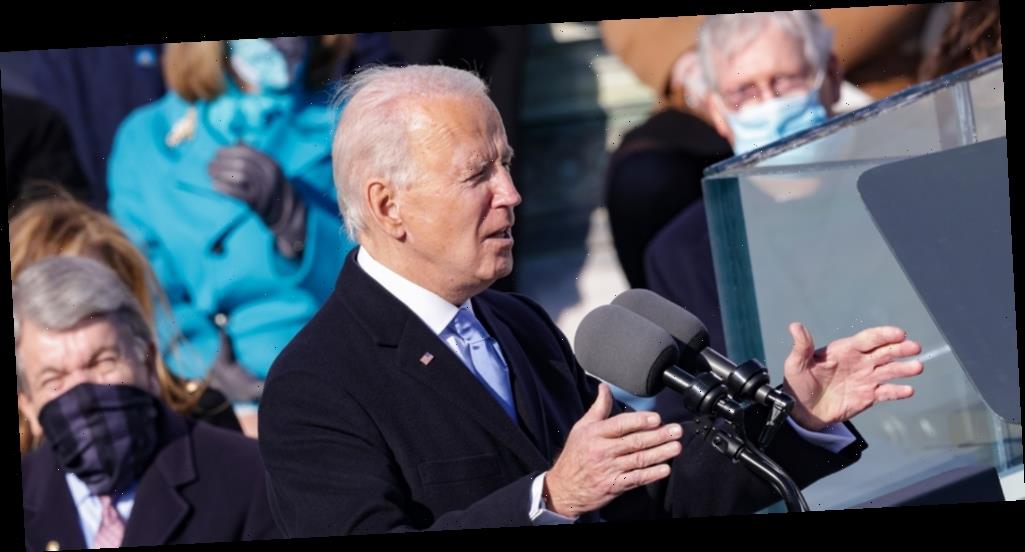