Strictly Come Dancing kicks off its 2019 series this weekend and will see the contestants learn who their partners are for the first time.

However, this segment has already been filmed, and the contestants have since been working out choreography and routines leading up to the first live show of the year.

Matt introduced her as “Strictly’s Alex Scott,” and followed up by asking: “Have you got used to hearing that yet?”

She shook her head, before Matt went on to ask: “You know who your partner is, but no one else does do they?”

Alex explained: “I’m not allowed to say, but all will be revealed Saturday!”

On finding out who her partner is for the show, Alex admitted she was “nervous” for the reveal.

Matt then dropped the bombshell news that Alex has already injured herself during rehearsals, as he said: “Can we say that?”

Alex then explained: “Oh, my back! I’m not used to [dancing]. 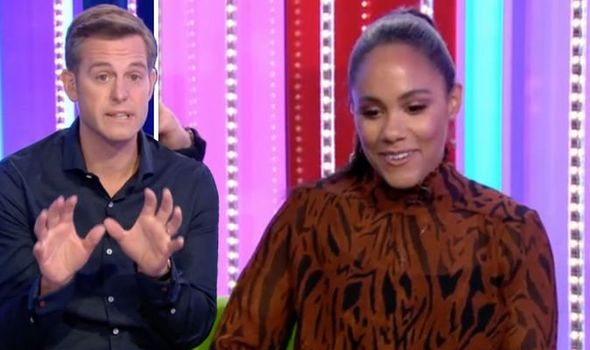 I’m not really flexible – being that stiff footballer

“I’m not really flexible – being that stiff footballer.

“It’s something I need to get used to. And working on posture.”

Although fans are not yet sure who Alex has been teamed up with in the new series, Anton du Beke’s partner has apparently been leaked online.

The reveal was posted on a Strictly spoiler website, and fans of the show have already begun to get excited about the dancer’s new partner.

One excited fan wrote: “I won’t say who, but if the #Strictly rumours are true, Anton Du Beke has finally got a dancer under the age of 45, and has a bloody good chance for once. 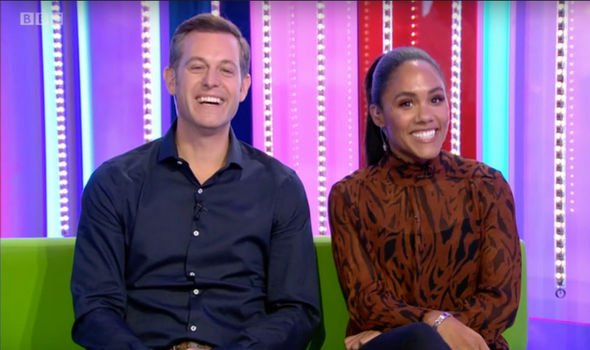 “Come on Anton! The glitter ball could be in sight after 16 seasons of trying with some very interesting partners.”

Another said: “The only thing I’m taking from the #Strictly pairings is that Anton is MAKING IT TO THE FINAL THIS YEAR!”

While a third chimed in: “Pairings are a bit random, Anton may stand a good chance this year though it might be his year! #Strictly #StrictlyComeDancing #StrictlySpoiler.”

Unfortunately, fans of the show will have to wait until the reveal on Saturday to find out who both Alex and Anton have been partnered up with.