Susanna Reid and Ben Shephard interviewed Ben Wallace on Good Morning Britain to discuss the UK military receiving it’s biggest spending boost in 30 years. The Defence Secretary defended the funding boost but Reid slammed Wallace for refusing to answer her questions on why the foreign aid budget will reportedly be simultaneously reduced.

Reid began: “One of the things it’s not just overt power that we show and £16.5 billion is quite a lot to show of power to foreign powers.

“It’s also soft power and we understand in the spending review the Chancellor may cut our foreign aid commitment significantly.

“Why would we do that at a time when it’s vitally important that we retain our soft influence around the world and during a worldwide pandemic?

“Other countries need to fight Covid not just us because if we don’t have a world free of Covid then we’re still under threat.” 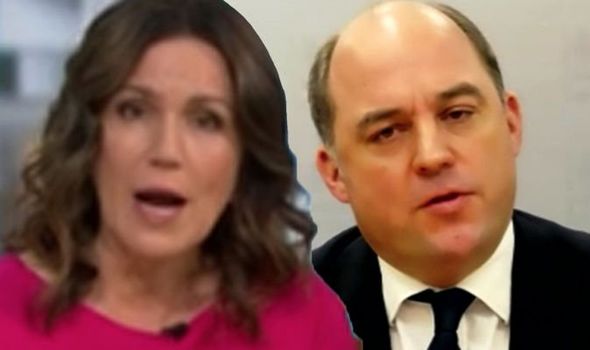 Wallace replied: “First of all the military is always part of that soft power. It was the British military and the navy that was first on the scene in Lebanon after that horrendous explosive in Beirut.”

“That’s the question, sorry you might want to answer a different question,” Reid furiously remarked.