Week 5 of The Bachelorette’s most unprecedented season comes on tonight, and fans will finally get to see Tayshia Adams’ debut as the Bachelorette. After Clare Crawley found her match so early on, the remaining contestants don’t know that Adams is on her way in.

So who does Tayshia fall for and what can fans expect? She gave some hints in a new interview. 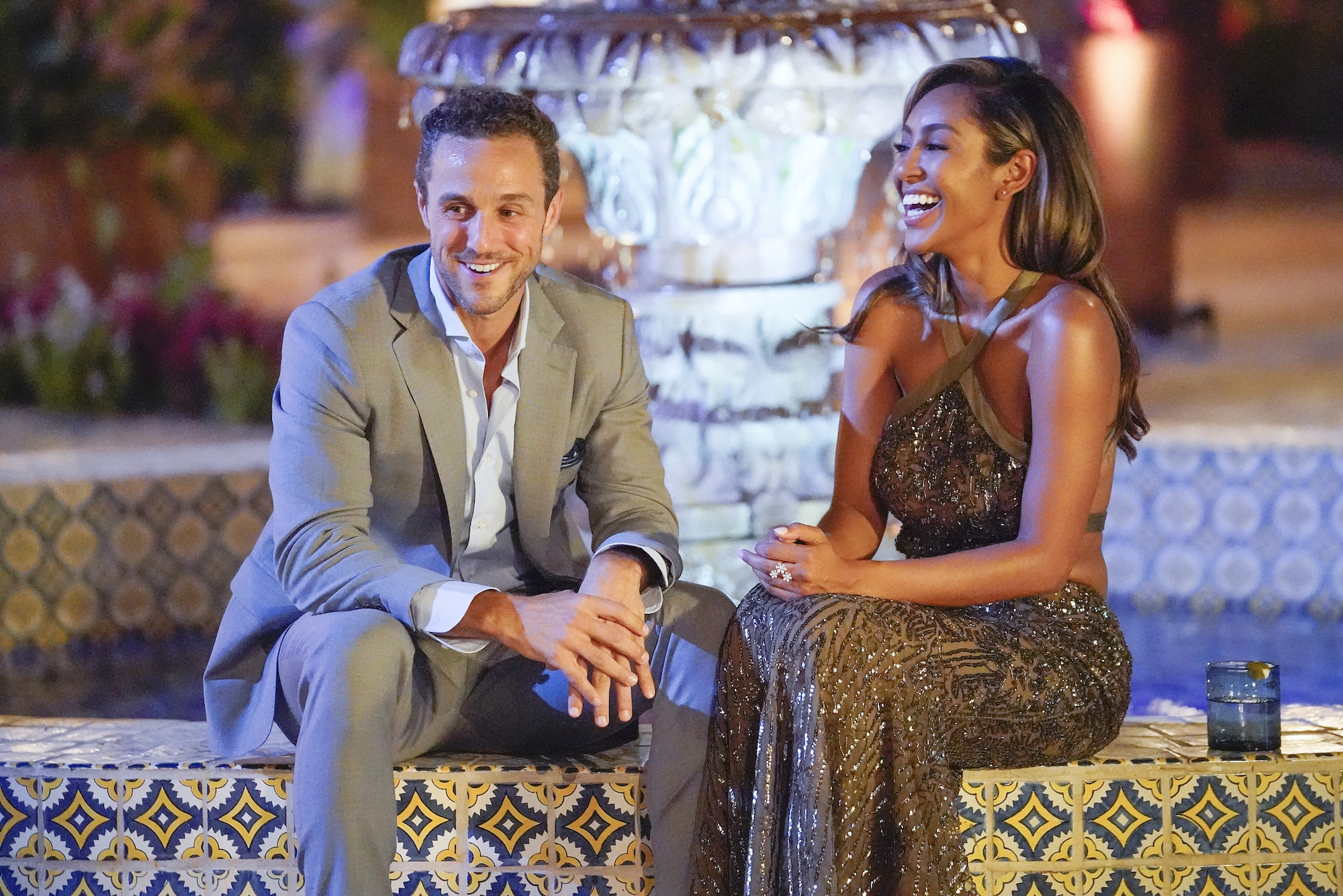 When talking to Jimmy Kimmel last week, after it was revealed that she was finally coming onto the season to replace Clare, Tayshia said she was called up in the summer. And she had no clue what went down with Crawley or why they needed her so suddenly.

“Honestly I got the phone call and it was more so, ‘Hey you’re the girl,’ and I’m like, ‘I got you.’ And I was there,” she told Kimmel on Jimmy Kimmel Live!. “I think everything was just kind of moving very quickly, and no, they didn’t share that news [of Clare’s abrupt ending] with me.”

Kimmel also questioned further if she knew “something had gone awry” with Clare, Adams said they “didn’t share that news” with her.

While appearing on Roses & Rosé with Entertainment Tonight’s Lauren Zima, Adams also admitted that she does fall in love. And not just with one person.

“I didn’t know it was possible to fall in love with multiple people,” she said, according to Entertainment Tonight. “But when you just really lean into the journey and really be vulnerable, you never know what can happen. And it happened to me.”

It’s pretty typical to hear “I’m falling for you” often on The Bachelorette and The Bachelor. And it is usually a tough decision for the lead in the end, to choose the right person to marry and continue a relationship with in the real world.

Adams revealed that she also vocalizes her love for someone, and said she says it “multiple times.” But she doesn’t admit if it’s to one or more of the men. “Possibly!” she said, when Zima questioned it further.

Look out for Zac C. on Tayshia’s Night 1

And for anyone wondering if Tayshia will only get to meet with the guys Clare leftover, Adams revealed “No.”

“There’s some new faces and it’s going to get really juicy the second that happens,” Tayshia told ET. “Just wait and see.”

Of the guys in her teaser, though, Entertainment Tonight did hone in on the fact that Zac Clark, Brendan Morais, and Ivan Hall are featured heavily on Night One. And Adams didn’t shy away from that.

“I had pretty memorable moments with those three guys on night one, so you’ll be able to see that,” she said. “I feel like they’re all special.”

Tayshia did also single out Clark even more, saying that Zac C.’s “story unfolds” during her time on The Bachelorette. According to his official ABC bio, Zac C. is an addiction specialist who is sober himself. He is “all about taking advantage of every day because tomorrow is never promised.”

“He is different,” Tayshia said. “He is someone that has depth to him, was willing to go to those places. I’m telling you, these guys are vulnerable, they’re open, they’re honest, they’re real.”