Live PD will be back on the beat this summer: The Reelz revival On Patrol: Live (working title) will premiere Friday, July 22, with new episodes airing every Friday and Saturday from 9 pm to midnight.

The series reunites the on-camera team of host/executive producer Dan Abrams and retired Tulsa Police Department Sgt. Sean “Sticks” Larkin, alongside Deputy Sheriff Curtis Wilson, as they engage the community in law enforcement. “Citizen Ride-Alongs will give local residents, within the communities of the departments appearing on the show, a first-hand perspective as they ride along with officers followed by On Patrol: Live cameras on live nights,” per the official release. “Citizens On-Set invites community members into the studio as guests where they can share their Ride-Along experiences and observations and comment on the night’s live activities.”

Live PD initially debuted on A&E Network in 2016 and, not long before its June 2020 cancellation, had been picked up for an additional 160 episodes at the cabler. But on the heels of global protests against police brutality and systemic racism, sparked by George Floyd’s police-caused death in May 2020, A&E and production company Big Fish Entertainment eventually decided to stop production of the series altogether, citing the “critical time in our nation’s history.”

It was reported earlier this month that Live PD had found new life at cabler Reelz, which has made a multi-year commitment to produce and air new episodes of the show.

* Kevin Zegers (Rebel) has joined The Rookie: Feds in the series-regular role of Brendon Acres, the former star of the long-running TV series Vampire Cop who is just out of Quantico, our sister site Deadline reports.

* MTV has renewed The Challenge for Seasons 38 and 39, with T.J. Lavin returning as host, our sister site Variety reports. The cast, themes and titles will be announced at a later date.

* Disney+’s Percy Jackson and the Olympians series has added Dior Goodjohn (Head of the Class) and Charlie Bushnell (Diary of a Future President) in the recurring roles of a child of Ares (aka the god of war) and the counselor of the Hermes cabin, respectively, Variety reports.

* Bill Burr’s latest comedy special, Bill Burr: Live At Red Rocks — in which he shares an “inspirational” talk for women, reveals how doing mushrooms has changed him and finds common ground with lesbians — will premiere Tuesday, July 12 on Netflix.

* HBO has released key art for the Game of Thrones prequel House of the Dragon, premiering Sunday, Aug. 21 at 9/8c: 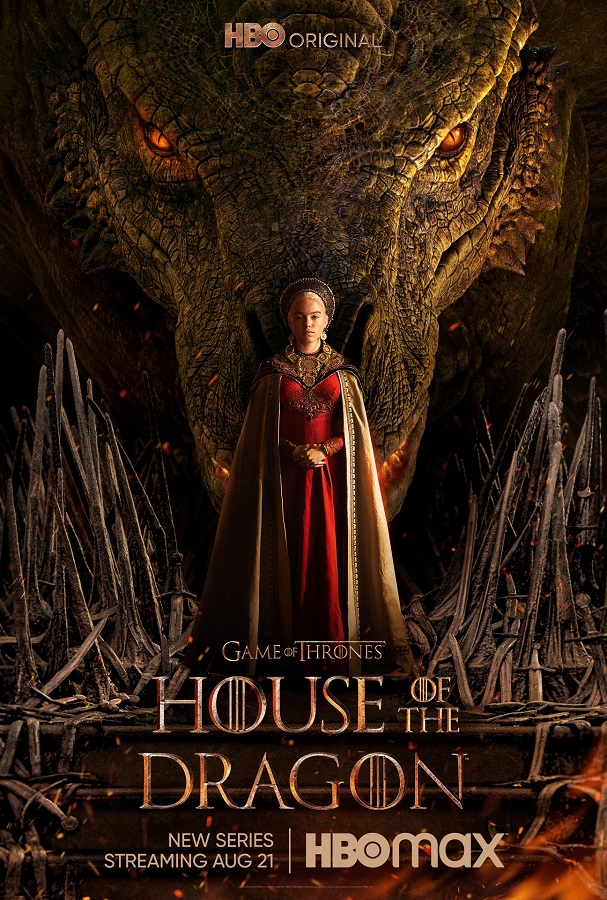 Which of today’s TVLine Items pique your interest?