Ariana Grande is no stranger to high-profile relationships — her hit song ‘Thank U, Next’ is all about her exes! Here’s a breakdown of Ari’s complete dating history.

Ariana Grande surprised fans when she revealed she was engaged to her boyfriend of just one year, Dalton Gomez. Her real estate agent beau put a ring on it, and the couple couldn’t look any happier! Of course, the “Positions” singer is no stranger to high-profile relationships, so we’re looking back at her complete dating timeline, from Big Sean to her broken engagement to Pete Davidson. 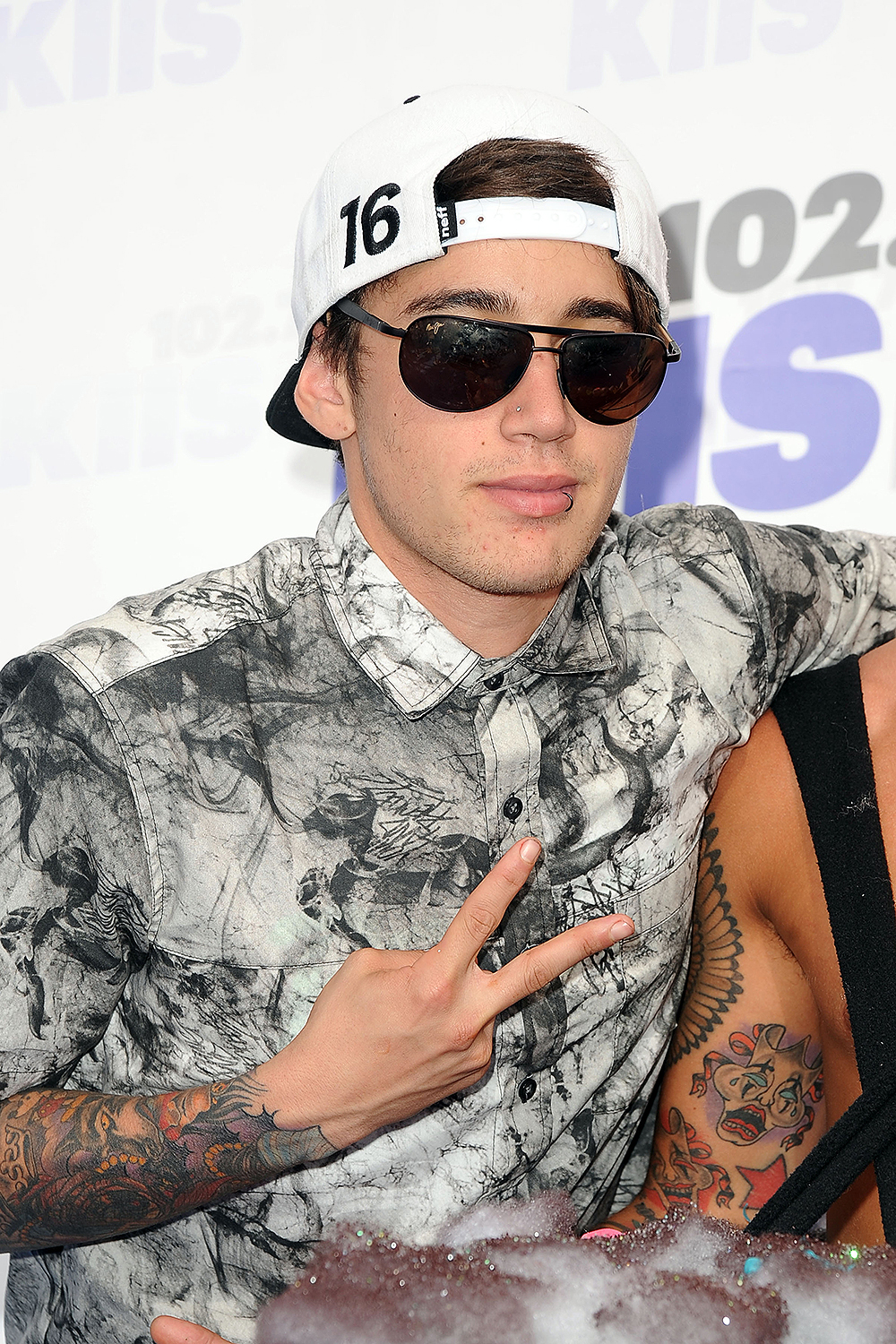 Ariana began dating Australian YouTube star Jai Brooks of The Janoskians in August 2012. They split in October 2013, after Jai took to Twitter to accuse the former Nickelodeon star of cheating on him with Nathan Sykes from British boy band The Wanted. “Yes I was cheated on. Yes it does suck,” he wrote in a lengthy rant. “Yes I was left for another man.” The “7 Rings” singer refuted his claims, accusing him of threatening her if she chose to break up with him. “Woke up this morning in complete and utter shock …I guess I shouldn’t be so surprised. You said to me if I didn’t come back to you, you’d make me look bad to the entire world,” she wrote. “I’m no longer afraid of you or your lies anymore.” The couple rekindled their romance in May 2014 but ended things for good in August of that year. 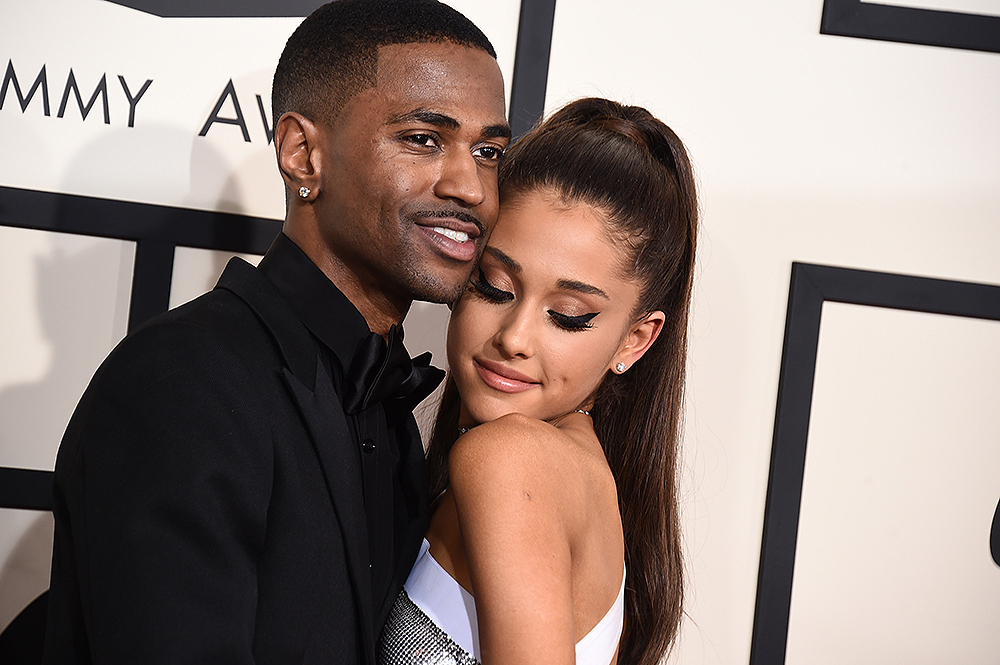 One of Ari’s first serious relationships was with rapper Big Sean. She confirmed their romance in October 2014, calling him “one of the most amazing men in the whole word.” Despite putting up an unproblematic front, the late Glee star Naya Rivera, who was engaged to Big Sean, went on to allege in her memoir that she found Ariana at his home while she was still engaged to him. Ariana and Big Sean called it quits eight months later in April 2015. Despite their relatively short lived romance, he got a shout out on her November 2018 single “Thank U, Next” when she sang: “Thought I’d end up with Sean / But he wasn’t a match.” 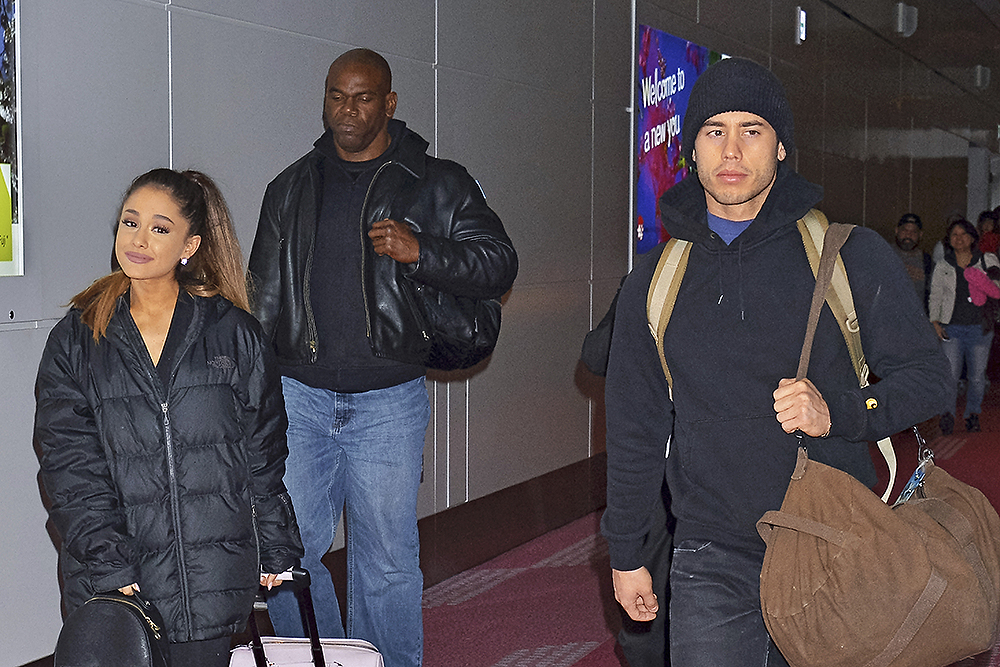 Ari was first linked to her backup dancer Ricky Alvarez in the summer of 2015. They dated for about one year before calling it quits in July 2016. The pair have remained on good terms in the years since, and have even been spotted hanging out together. After Ariana sang, “Wrote some songs about Ricky / Now I listen and laugh” on her single “Thank U, Next” she jokingly wrote on social media, “IM SORRY U GOT THE WORST LINE … IT WAS MEANT V LOVINGLY.” 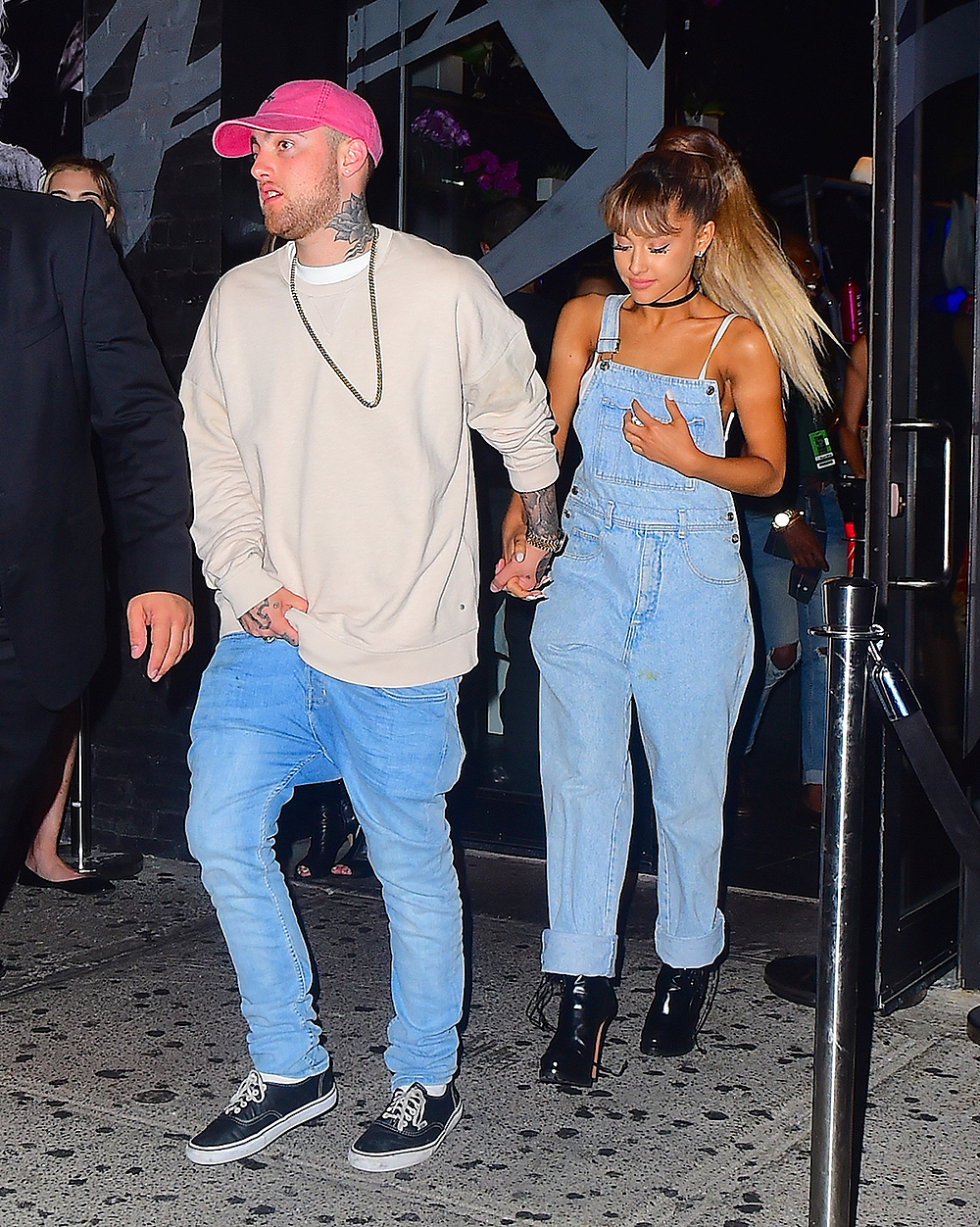 Ariana and the late rapper Mac Miller first met when they collaborated on her single “The Way”, and went on to date from 2016 to 2018. After calling it quits, Ariana took to Instagram, offering fans some context for the break up. “I respect and adore him endlessly and am grateful to have him in my life in any form, at all times regardless of how our relationship changes or what the universe holds for each of us!” The rapper also spoke out in July 2018, saying, “I was in love with somebody. We were together for two years. We worked through good times, bad times, stress and everything else. And then it came to an end and we both moved on,” he told Zane Lowe on Beats 1. Tragically, Mac Miller passed away in September 2018 as a result of mixed drug toxicity, and Ariana shared a moving tribute to him. “I adored you from the day i met you when i was nineteen and i always will.” She also referenced him on her track “Thank U, Next,” singing, “Wish I could say, ‘Thank You’ to Malcom / ‘Cause he was an angel.” 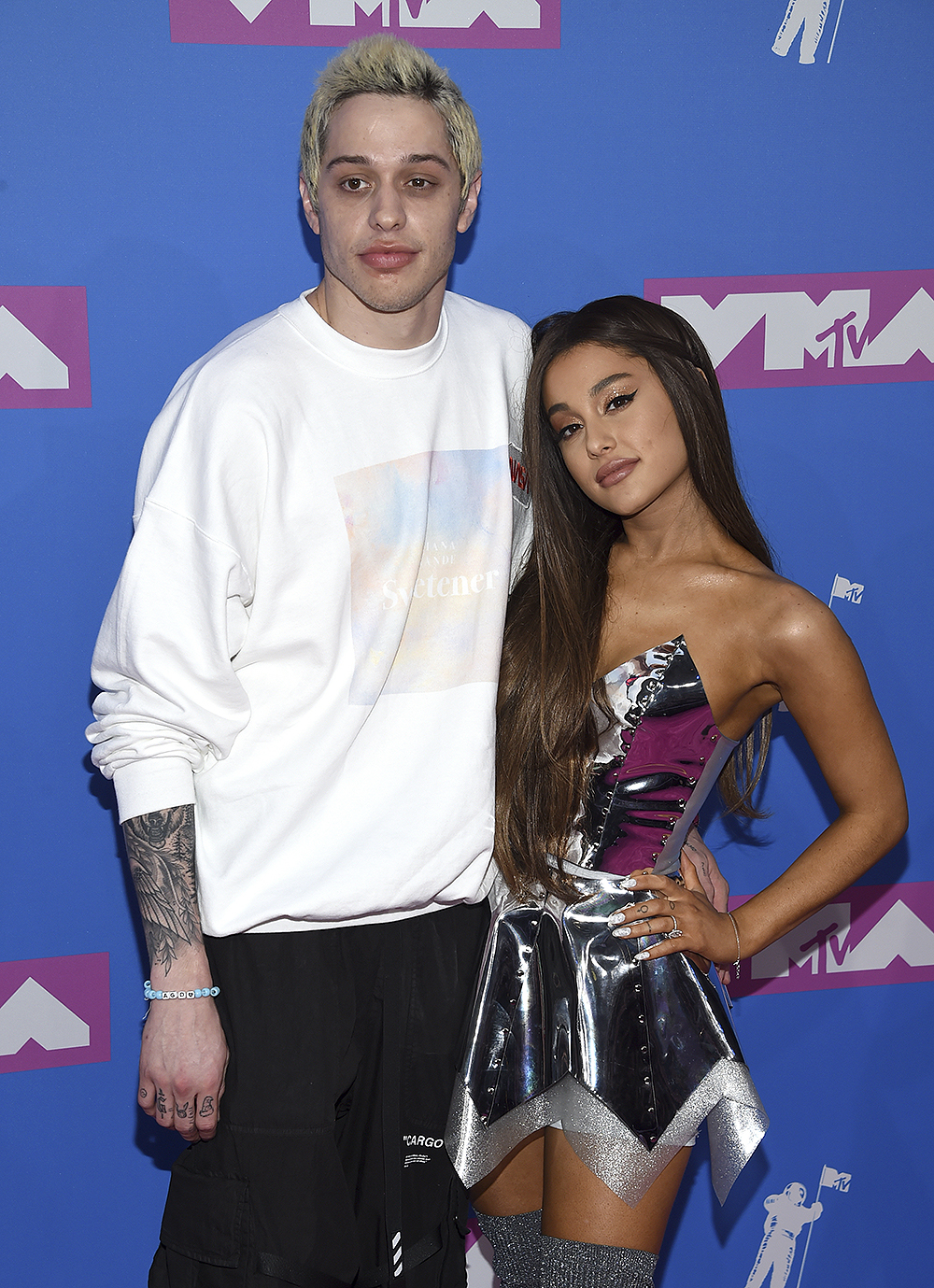 Who could forget Ariana’s short-lived engagement to Saturday Night Live comedian Pete Davidson? The couple were only dating for a few weeks in the summer of 2018 when she revealed Pete had popped the question. While things seemed blissful for a few months, they called off their engagement in October of 2018. Pete later said he knew their relationship was over after her ex Mac Miller’s sudden passing. “I pretty much knew it was around over after that. That was really horrible, and I can’t imagine what that sh*t is like. All I do know is that she really loved the sh*t out of him, and she wasn’t putting on a show or anything. That was f**ked up. Prayers to his family and all of his friends,” he said in February 2020.