The wrap dress has undeniably taken over the past few summers, and even Pippa Middleton is a fan. The British socialite and younger sister of Duchess Kate rocked the style while attending the Wimbledon men’s semifinals today. Her take on the trend was a sunny yellow number by Ganni, dotted with tiny sunflowers. To complete the bright ensemble, she accessorized with a white beaded bag, white block-heel sandals, and tortoise shell sunglasses. 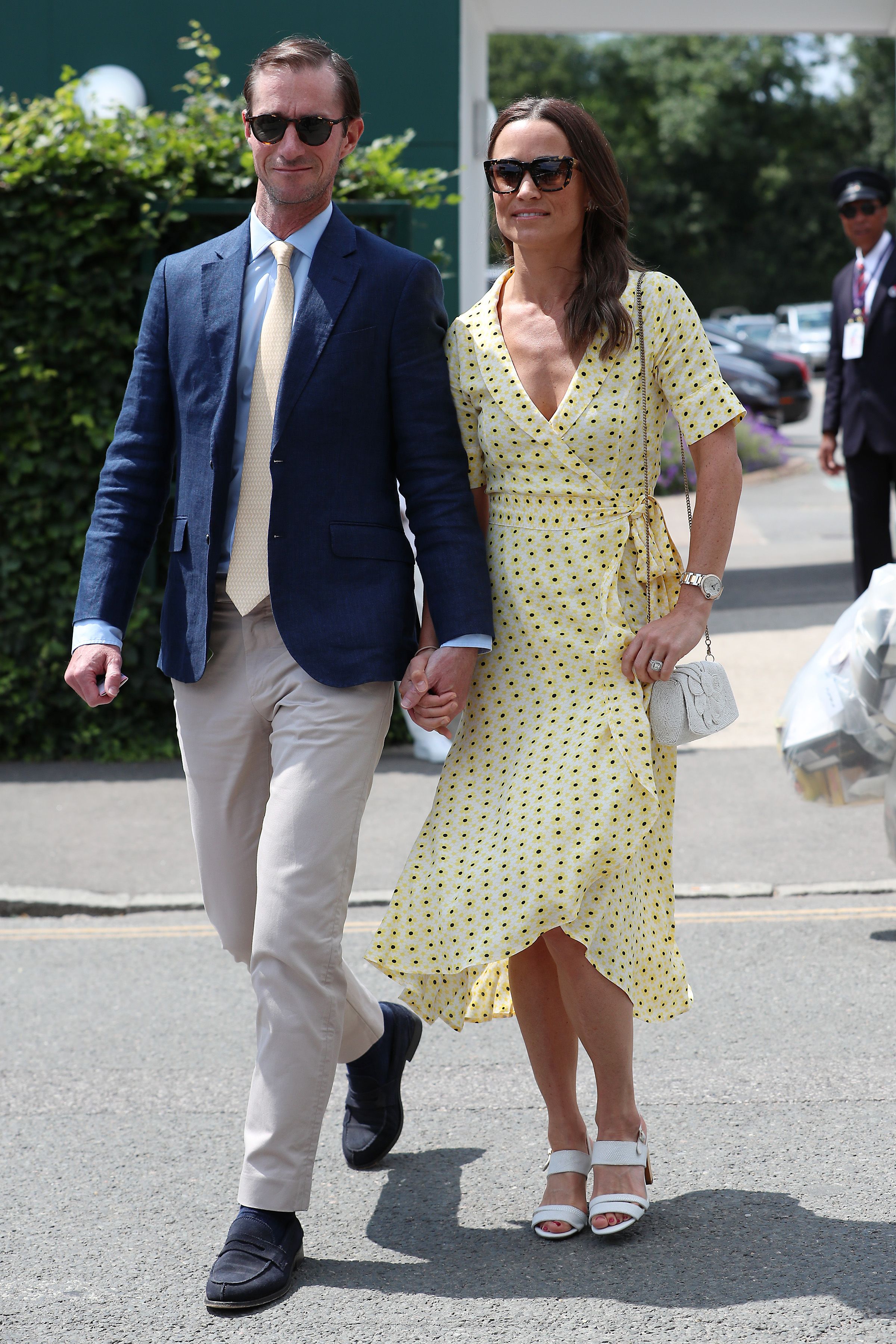 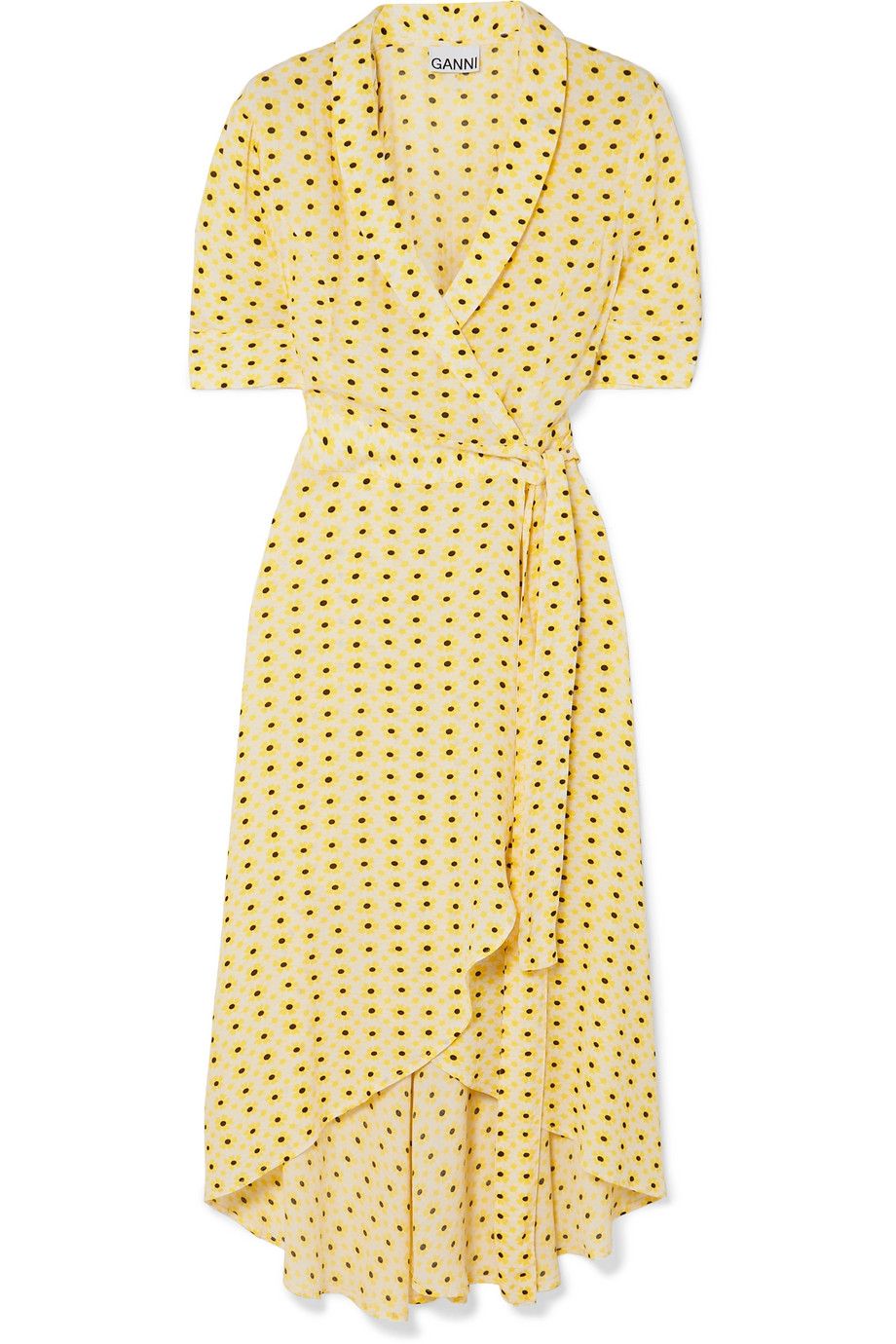 Pippa’s husband, James Matthews, went for a navy jacket, blue shirt, and khakis, but he did match her golden outfit by wearing a yellow tie. The couple, who married in May 2017, were later seen sharing a sweet moment during the game. 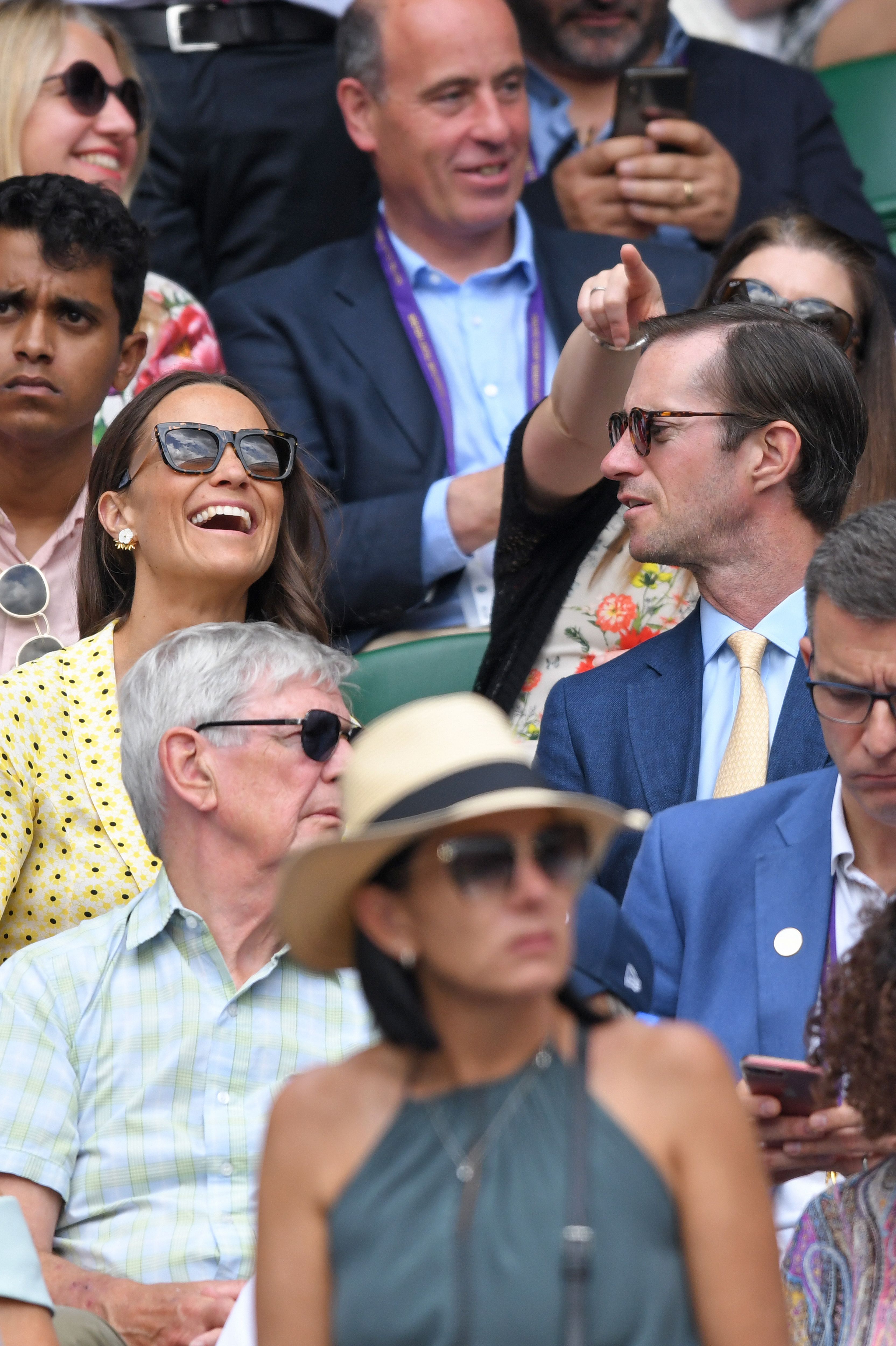 Middleton, a known tennis enthusiast and frequent Wimbledon-goer, was seen attending the tournament just earlier this week. On Monday, she wore a pink Stella McCartney dress and sandals with a matching Luisa Kelsey hat while accompanied by her younger brother, James. 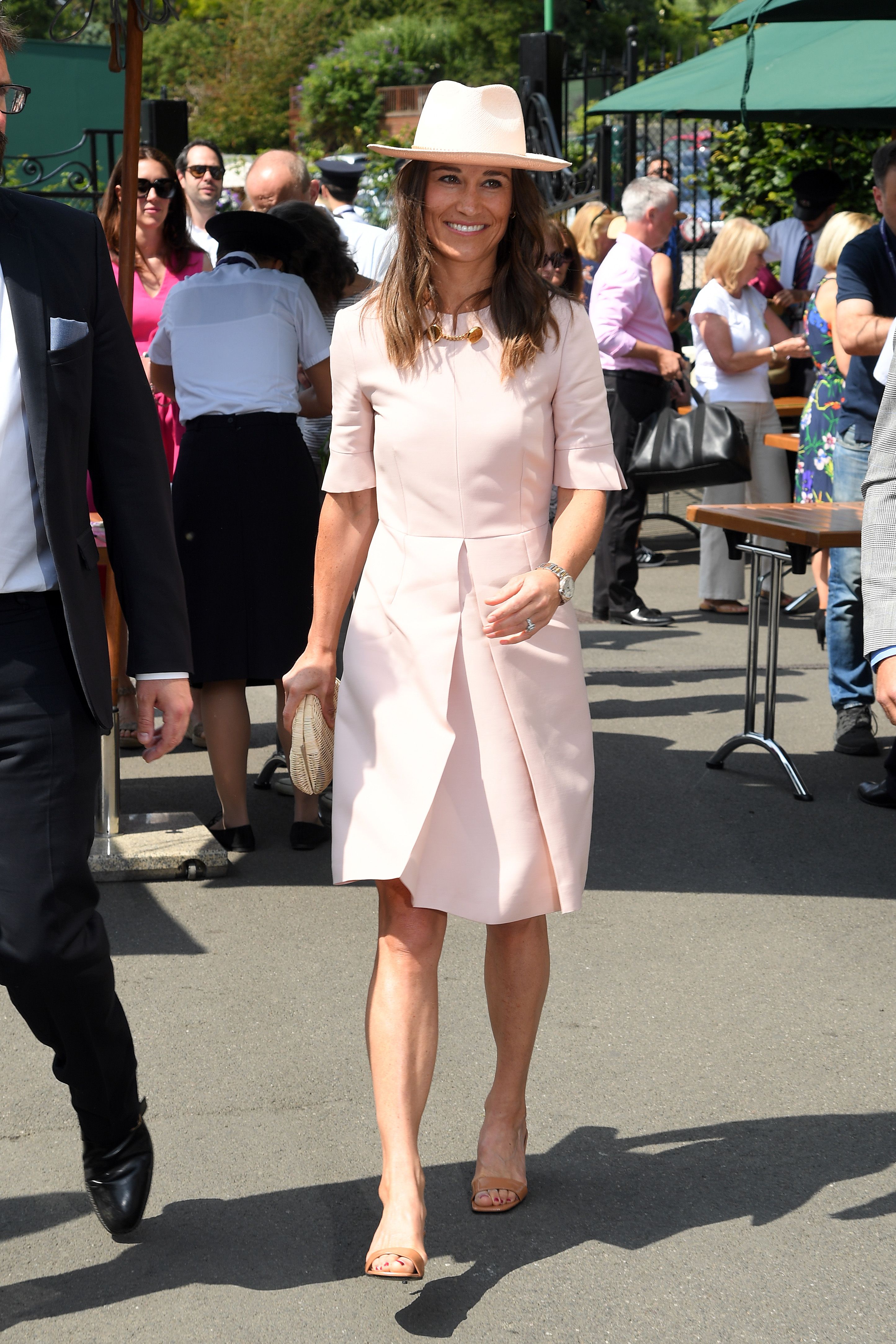 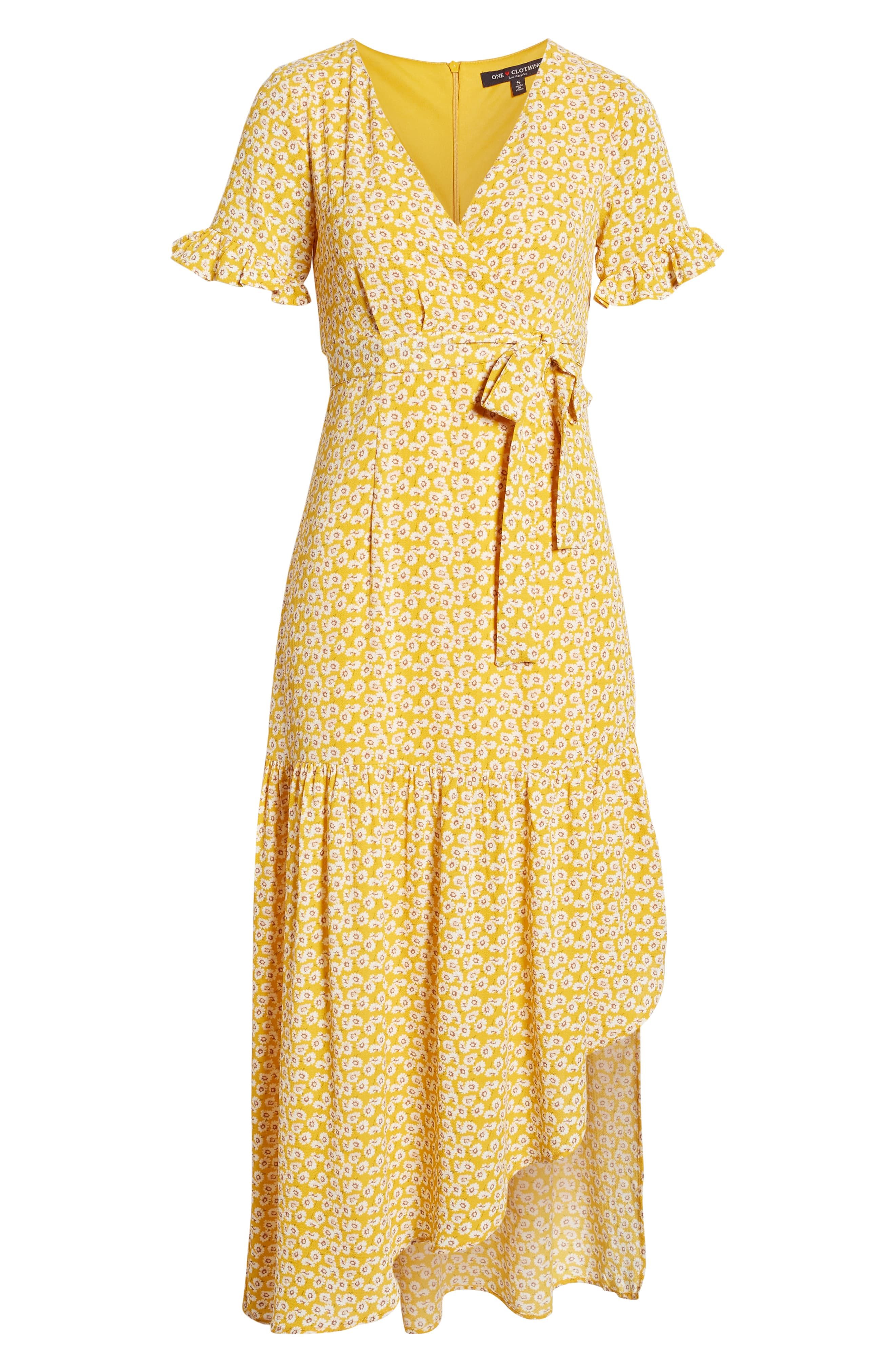 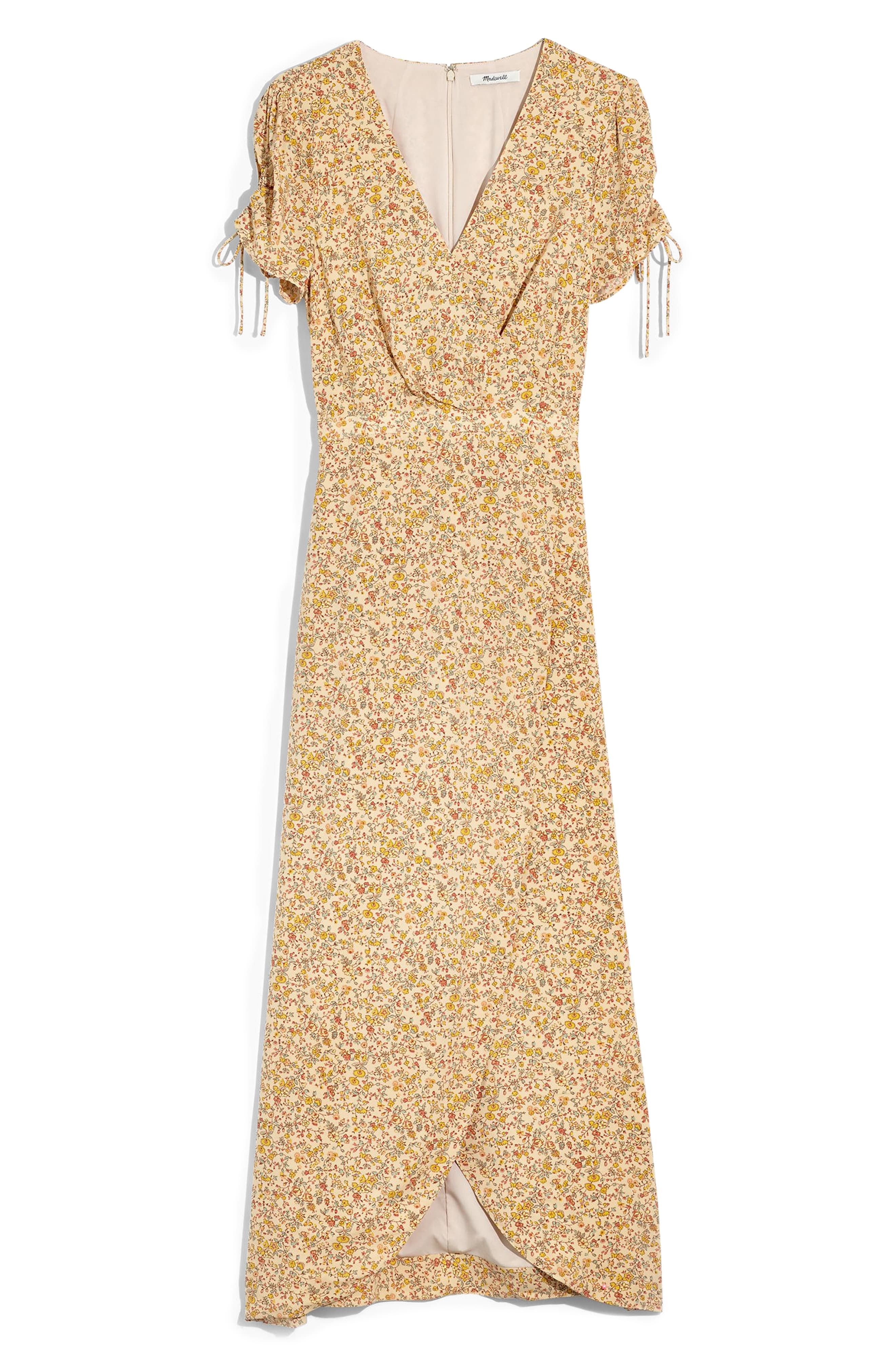 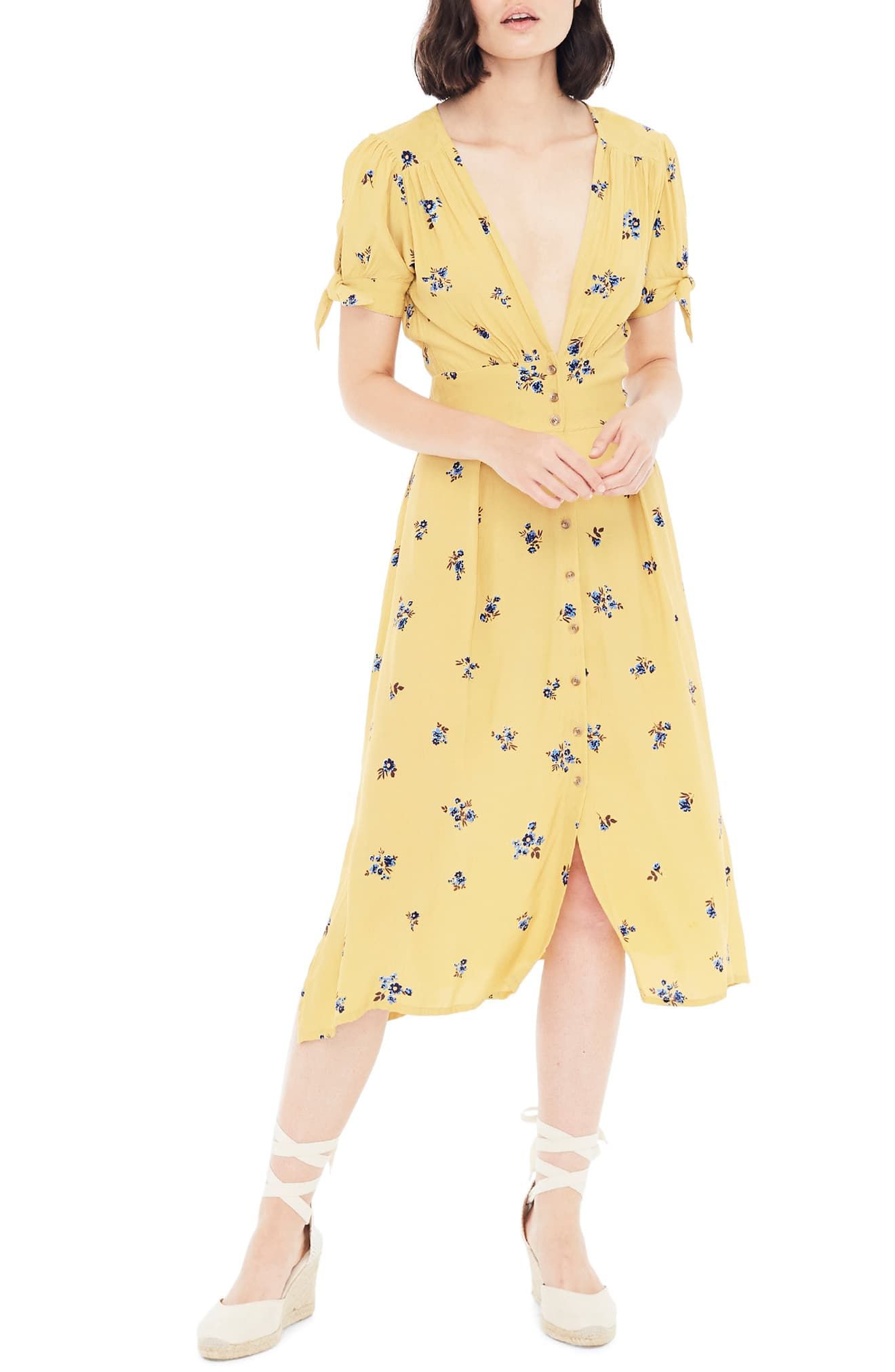 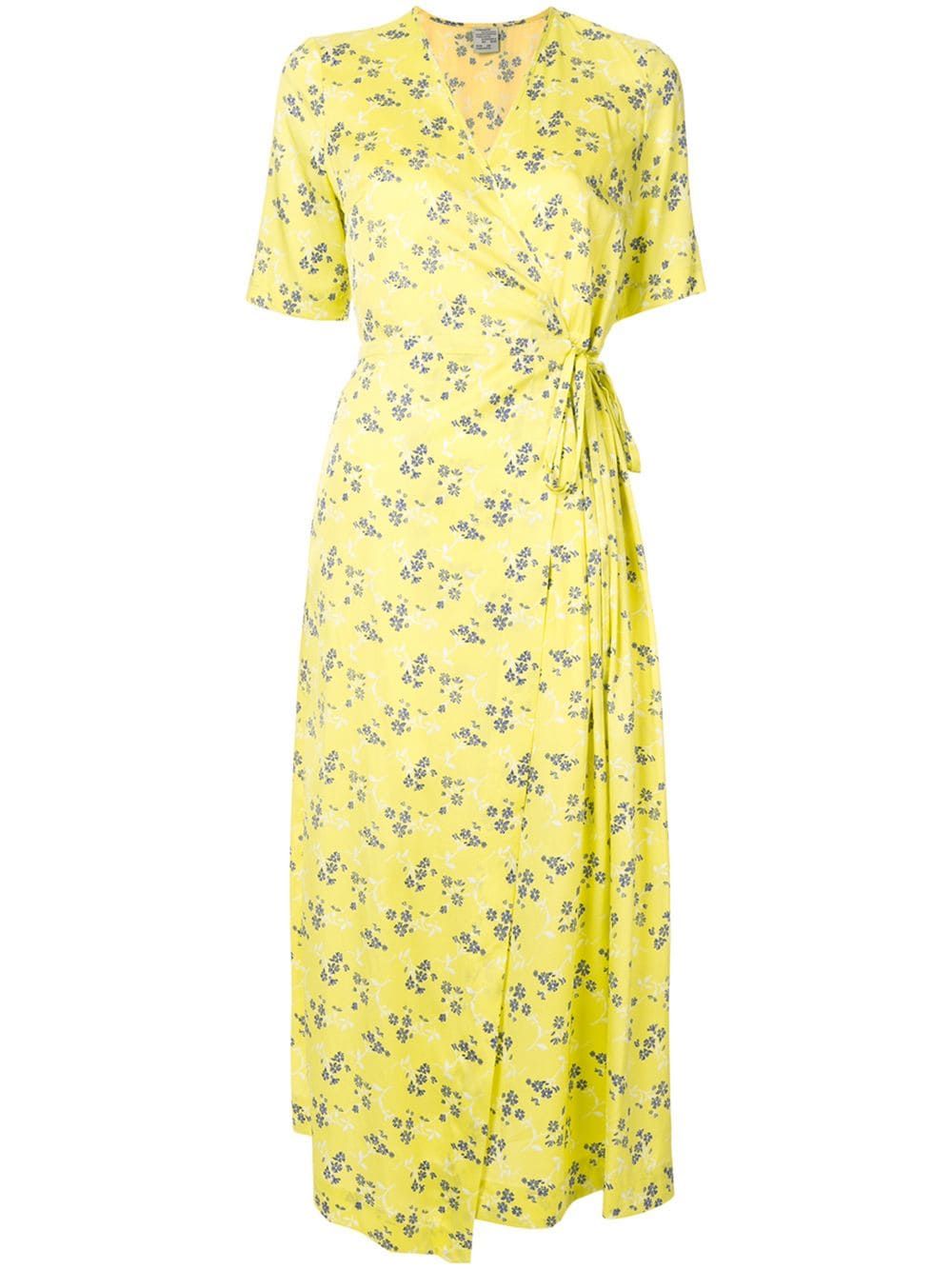