You’ve heard of farm to table, but what about restaurants to reefs?

Oysters are small, but mighty when it comes to the work they’re doing in the waterways of New York Harbor.

These briny bivalves play a crucial role in maintaining a healthy aquatic ecosystem and one New York-based nonprofit has tapped into public education, restaurants and volunteers to get more oysters back into the waters of New York City. 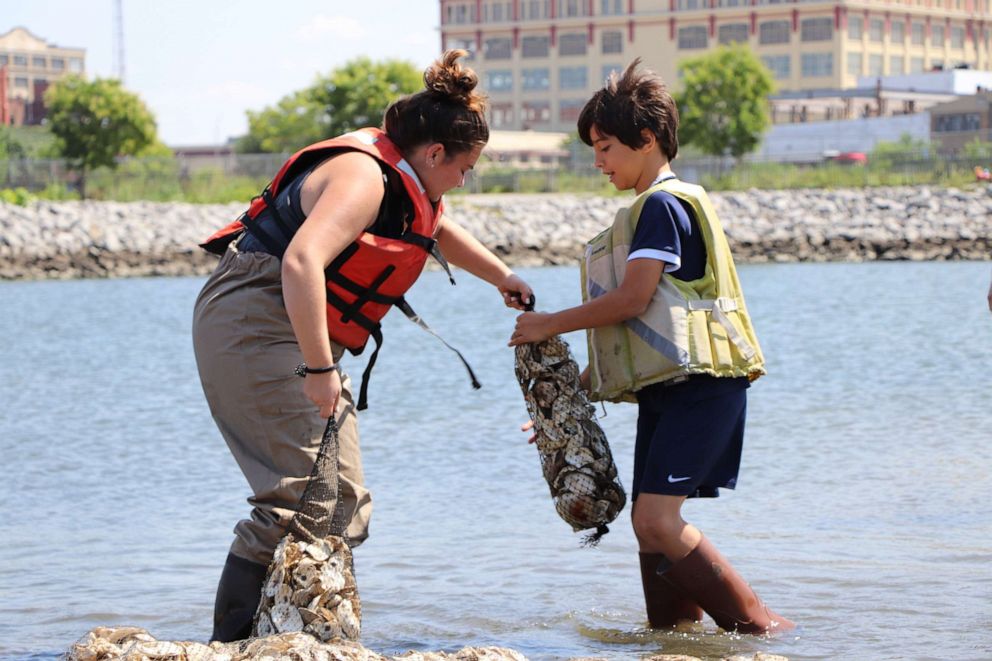 Billion Oyster Project, based on Governor’s Island, located just an eight-minute ferry ride from downtown Manhattan, is on a mission to restore 1 billion oysters across 100 acres of oyster reefs to New York Harbor by 2035.

To date, the project has installed 12 reef sites over seven acres, planted 28 million live oysters, filtered 19.7 trillion gallons of water and collected over 1,300,000 pounds of oyster shells diverted from landfills and returned to the harbor to act as the building blocks for more reef sites.

One of the most unique and imperative aspects of the citizen science project is their shell recycling program that works with 75 restaurants around New York City to collect discarded shells.

“Oysters are like the greenest form of food production because you don’t put any input into the water,” acclaimed oyster expert Rowan Jacobsen told ABC News. “They get their food out of the water and clean the water in the process. So it’s actually a net positive.”

Oyster reefs have the ability to naturally filter water as they eat, which helps clarify the water and remove pollutants like nitrogen.

The reefs also provide a habitat for other marine species as well as help shield NYC shorelines from storm damage. Sort of like a natural storm wall, oyster reefs can “soften the blow of large waves, reduce flooding, and prevent erosion along shorelines,” according to BOP. 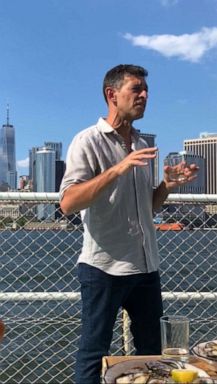 “Beyond the pure environmental aspects, oysters are also being recognized for other ecosystem services that they provide and one of the biggest is storm protection,” Jacobsen explained.

The shells are sorted and stored at partner restaurants, collected by operators like Cull and Pistol Oyster Bar and volunteers from 20 to 25 restaurants per day, Charlotte Boesch, who manages the shell collection program, told ABC News. 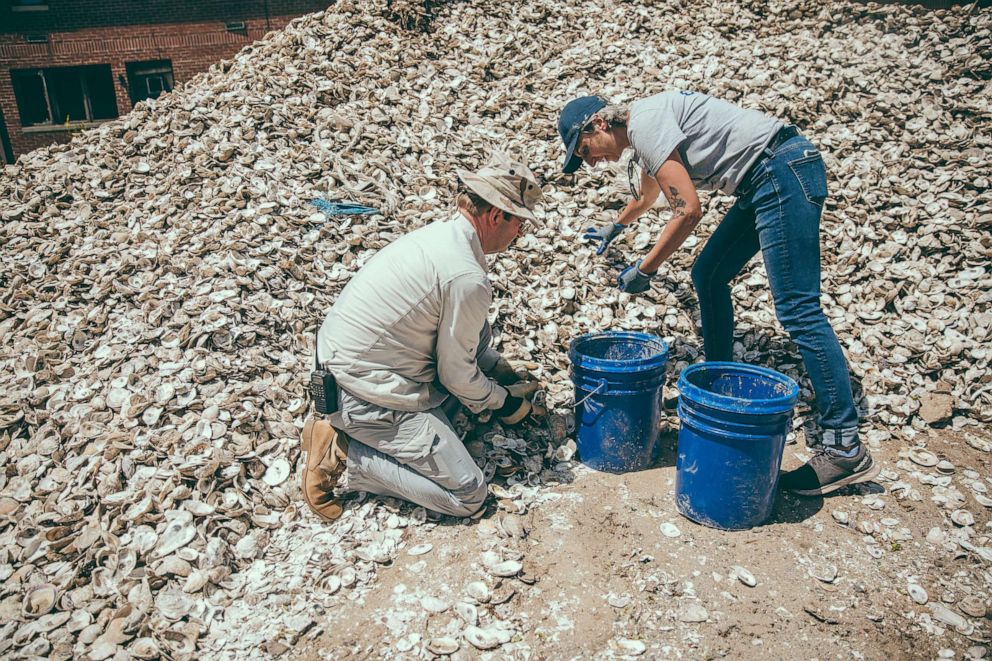 In partnership with the New York Harbor School, a maritime high school on Governor’s Island, students learn restoration through hands-on curriculum about the underwater conditions on active floating eco docks, help breed new oysters in the nursery and oversee their growth as larva attach to recycled shells inside the hatchery.

“We take the oyster shells from restaurants and bring them to our shell pile,” Agata Poniatowski, education outreach coordinator, told ABC News. Over time, the shells “cure,” which means “once there’s no bacteria and no invasive species, no disease, we bring them to our hatchery.”

“Every oyster shell donated to us can be the home for 10 to 20 oysters,” when they first latch on as larva in the hatchery.

Once the oysters spawn and set to recycled shells, they are placed inside large tanks in the facility’s hatchery.

Rebecca Resner, the hatchery manager, told ABC News that “we condition oysters in this lab and each tank holds 600 bags of shells where nearly 10 million baby oysters get acclimated to the water, feed on micro algae and grow.” 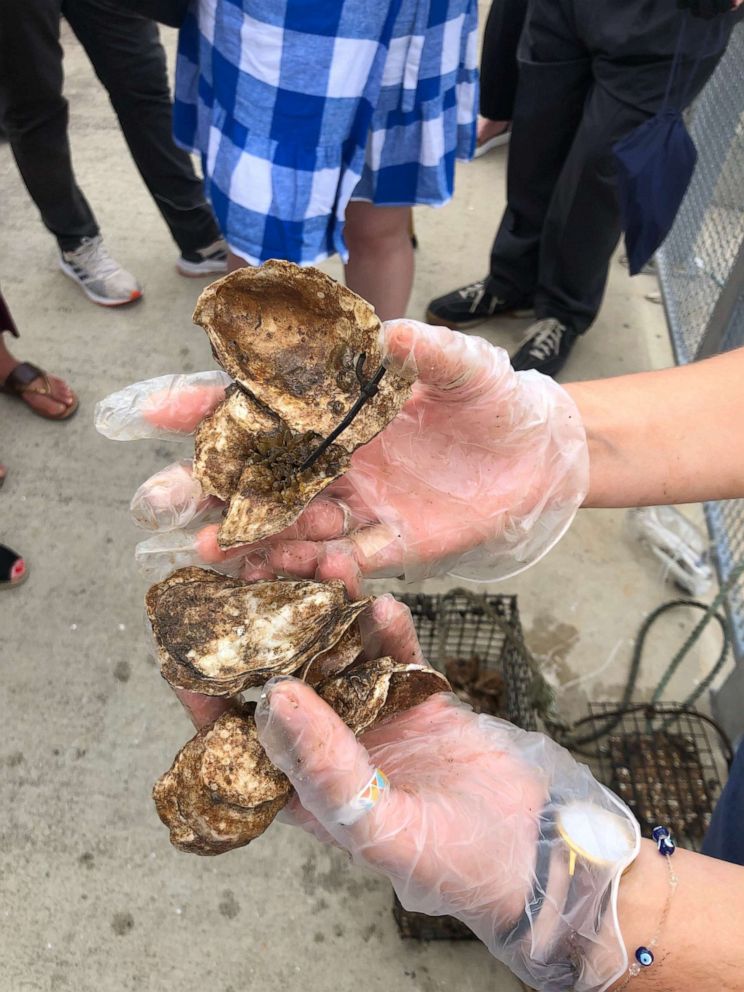 In the 17th century, when Henry Hudson first came to New York Harbor, there were nearly 220,000 acres of oyster reefs at the base of the big apple’s estuary, which “hosted thousands of associated species and was one of the most biologically productive, diverse, and dynamic environments on the planet,” according to the Billion Oyster Project.

By 1906, reefs were dredged up, covered in silt and water quality was too poor for regeneration and became toxic and nearly lifeless. After the Clean Water Act passed in 1972, which prohibited dumping raw sewage and waste into the harbor, the water quality improved and conditions were ripe for large-scale restoration.

The Billion Oyster Project was launched in 2008 and their goal to have one billion live oysters by 2035 would make the harbor the most productive body of water in the North Atlantic. 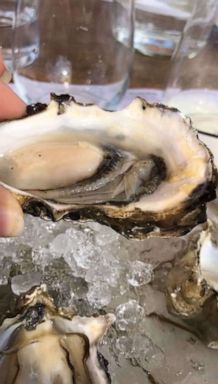 Oysters can filter nitrogen pollution from water as they eat, which helps reduce triggers for algal blooms that can deplete the water of oxygen and create “dead zones.”

Oysters attract other marine life, which has earned them the nickname “ecosystem engineers,” according to Billion Oyster Project, “because we see biodiversity levels increase dramatically surrounding oyster reefs.”

Oysters are a type of keystone species, which means that they play a crucial role in the function and influence of the aquatic ecosystem and other species largely depend on it. If oysters were removed, then the ecosystem would change drastically.