Teresa Giudice: I would never ‘let’ anyone sexually harass me

The clip sees the youngest Giudice child — who has appeared on “The Real Housewives of New Jersey” since its 2009 premiere — touting the benefits of the product.

The middle schooler, clad in a crop top and shorts, urges her followers to mix the powder into “water, any juice or even your favorite smoothie!”

According to Audriana, Bloom Nutrition “strengthens immunity” and “helps with digestion and bloating.” She adds, “Try this if you struggle to eat your greens daily!”

It wasn’t long before Audriana’s precocious post was met with stunned reactions from TikTok users. Many expressed disappointment at Teresa in the comments for letting her young daughter take part in an adult-leaning social media campaign. 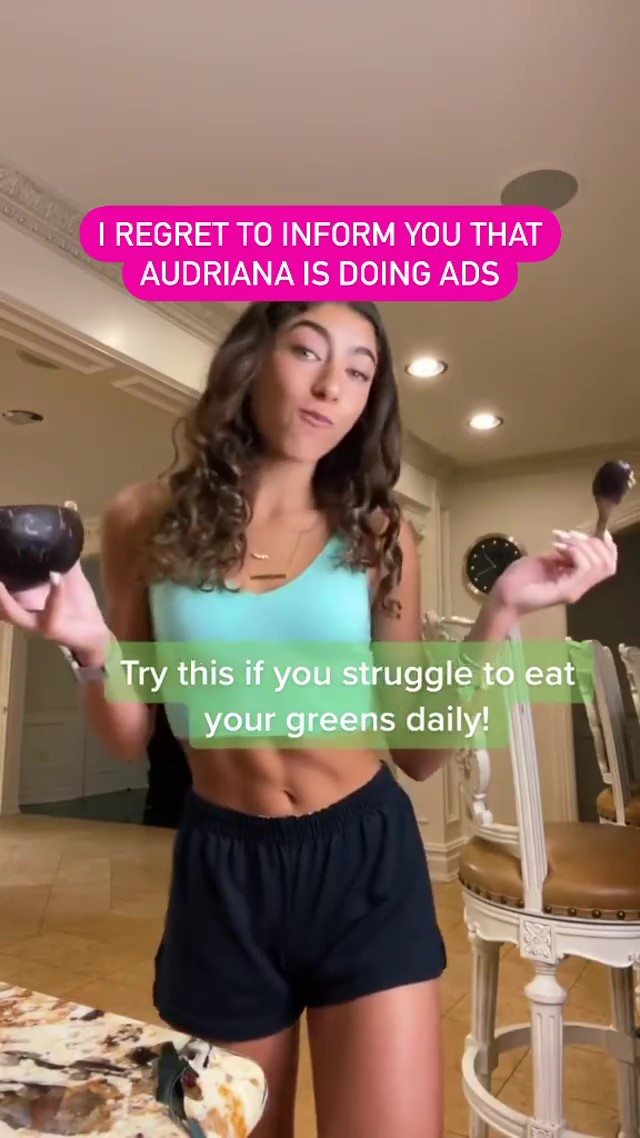 “Since when do 12 year olds get bloating?? I’m sorry they’re making you do this,” one user wrote, while another echoed, “WHY ARE THEY MAKING A 12 YEAR OLD DO THIS LIKE WHAT.”

Meanwhile, Audriana’s 20-year-old sister, Gia — a certified influencer with 790,000 Instagram followers and a steady flow of sponsorships — offered encouragement. “Obsessed with you,” she wrote. “So perfect.”

Later, the Instagram account @bravobybetches reposted Audriana’s TikTok with the following sentiment: “I regret to inform you that Audriana is doing ads.”

“The Real Housewives of New York City” alum Jill Zarin’s daughter, Ally Shapiro, 28, joked in the comments section, “I can’t even get them to sponsor me!!!!”

Teresa, who touts everything from hair serums to health supplements on social media, has yet to comment on her daughter’s paid post. 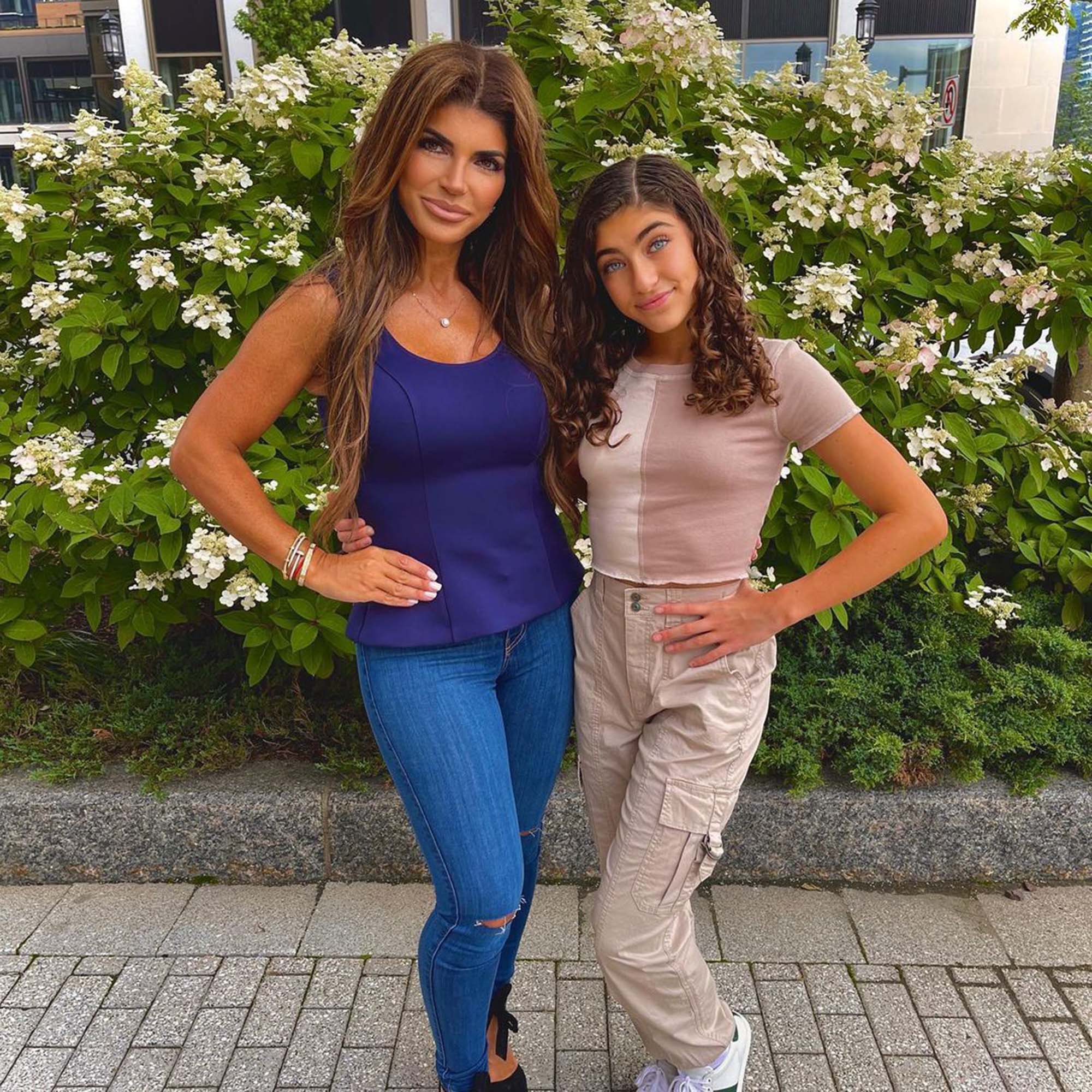 The “RHONJ” star has been busy filming Season 12 of the Bravo reality series. Last month, the cast took a group trip to Nashville for which Teresa’s boyfriend of a year, Luis “Louie” Ruelas, was present.

“Nothing but love in Nashville,” the “Standing Strong” author captioned the photo of the couple posing in Music City.

The two previously celebrated their one-year dating anniversary in July.

“A year, wow I would have never imagined how in one year I would feel so loved,” the 49-year-old reality star wrote on Instagram. “You have made me smile every single day for the last year and I love you today and all of my tomorrows.” 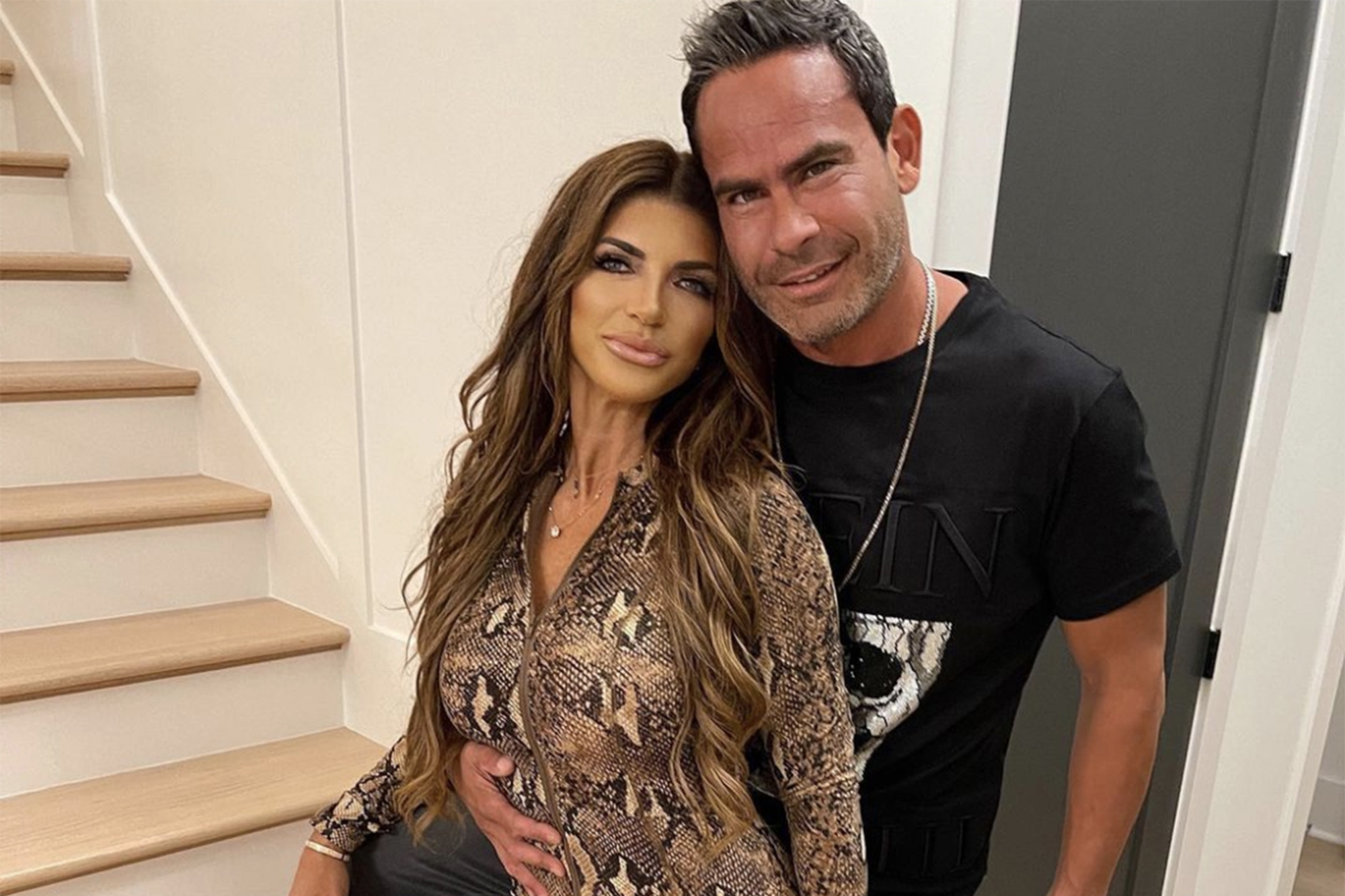 Page Six confirmed the pair’s romance in November 2020, two months after Teresa finalized her divorce from Joe Giudice, her husband of 20 years. In addition to Gia and Audriana, the exes share Gabriella, 16, and Milania, 15.