High-profile submissions from France, Denmark and Mexico have pushed the number of submissions past last year’s total at the same point in the Oscar calendar 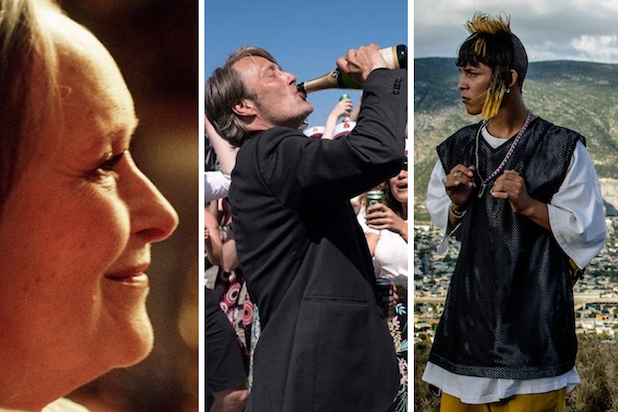 With less than two weeks to go until the Academy’s Dec. 1 deadline for submissions, the Oscars race in the Best International Feature Film category doesn’t appear to be suffering any slowdown because of the coronavirus.

As of Thursday, more than 60 different countries had announced their Oscar submissions in the category. That’s more than the 58 that had announced last year at the same point in the Oscar calendar. (With no pandemic to delay the Oscars for two months, the 2019 deadline was Oct. 1, not Dec. 1.)

Last year’s field was initially announced as a record 93 submissions, though two subsequent disqualifications lowered the final total to 91.

While this year’s race does not have any prohibitive favorites like last year’s “Parasite” or 2018’s “Roma,” a number of the most recent submissions appear to be serious contenders. Denmark’s “Another Round,” for instance, stars Mads Mikkelsen and is directed by Thomas Vinterberg, whose 2013 film “The Hunt” was a nominee in this category. Mexico’s “I’m No Longer Here,” directed by Fernando Frias de la Parra, beat out another strong contender in Michel Franco’s “New Order,” in part because of vocal support from Oscar-winning Mexican directors Alejandro G. Iñárritu and Guillermo del Toro. And France, which is always a strong contender and has more nominations in the category than any other country, chose Filippo Meneghetti’s “Two of Us,” a love story between two older women, over a slew of strong options (including Maïmouna Doucouré’s high-profile Netflix drama “Cuties”).

The race should get another major contender next week when Italy makes its choice. The Italian submission committee previously narrowed the field to a hefty 25 films, including Gianfranco Rosi’s acclaimed documentary “Notturno” and Edoardo Ponti’s Netflix release “The Life Ahead,” featuring the first onscreen performance in a decade from Ponti’s mother, legendary actress Sophia Loren.

Among the countries that have submitted so far this year are three African countries that have never before entered the Oscar race: Lesotho, with the spiritual reverie “This Is Not a Burial, It’s a Resurrection”; Sudan, with “You Will Die at 20”; and Suriname, with “Wiren.”

An additional 38 countries that participated in the race last year have yet to announce their submissions this year. Those include Afghanistan, Australia, Bolivia, China, Colombia, Cuba, Egypt, Hong Kong, Hungary, India, Ireland, Philippines, Saudi Arabia, Thailand, the United Kingdom and Vietnam.

So far, five countries have submitted documentaries, a larger-than-usual total that was likely inspired by the fact that the doc “Honeyland” was nominated in this category (and in Best Documentary Feature) at last year’s Oscars. The nonfiction contenders include Romania’s “Collective,” a story of investigative journalists uncovering government corruption, and Chile’s “The Mole Agent,” an unlikely tale of espionage set in a retirement home.

Academy-approved submission committees in each country have until Dec. 1 to choose their entries, one per country. There is no requirement to publicly announce the names of submissions once they are made, but most countries do. Being announced does not guarantee that a film will meet the requirements and be accepted as a contender; last year, Austria and Nigeria had both announced their submissions, but those films were later disqualified for being predominantly in English.

The Academy generally announces the names of all submissions within a week of the deadline, but it is expected to delay that announcement this year. Most likely, it will only reveal the names of the competitors after they’ve all been vetted, to prevent the embarrassment of announcing films and later revealing that they weren’t eligible after all.

Here is the complete list of films that have been submitted and announced to date, with descriptions and links to trailers.