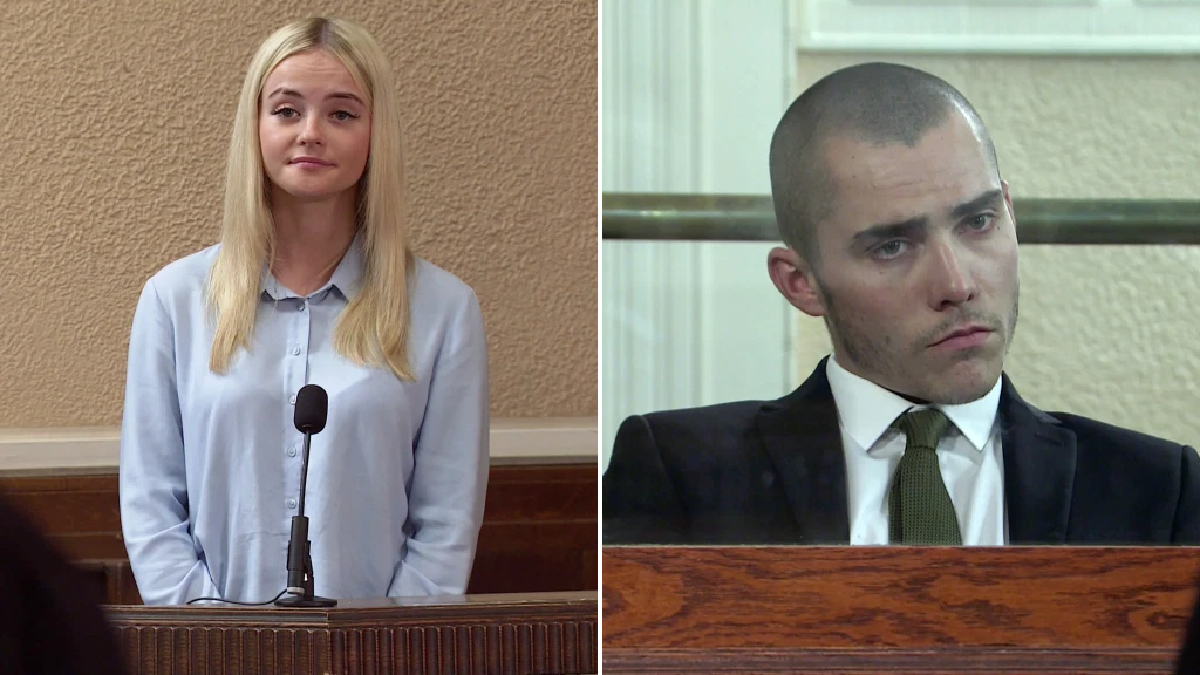 Over the past couple of weeks, Imran (Charlie De Melo) and Sabeen (Zora Bishop) have questioned Corey, Kelly, Nina (Mollie Gallagher) and Asha (Tanisha Gorey) about the night of Nina and Seb’s (Harry Visinoni) attack.

As the result is delivered in tonight’s episodes, who will be sent down for murder?

Coming up, with the jury out, Imran is still fighting to prove Kelly’s innocence.

As the verdict is delivered, it remains to be seen whether Kelly or Corey, or even both will be put behind bars.

The result of the trial is being kept top secret until the scenes air, but depending on who gets sent down, it’s highly possible we will be seeing more of them as they try and adapt to life in prison.

If Corey is sent down, what will prison life be like for him? He’s a cocky, arrogant teen who has lied his way through the trial, will he finally realise he’s been caught out?

On the other hand, there’s Kelly, a struggling, vulnerable teenager – can she really cope on her own if the jury decide she’s guilty, despite Corey knowing the truth that she didn’t kill Seb?

And if the wrong result is given, how will the Weatherfield residents cope with the news? Imran has been passionate and determined to save Kelly, but what will life be like for him if he thinks he’s let Kelly down?