The greatest trick of “Years and Years,” Russell T. Davies’ decades-spanning limited series examining the dangerous political and cultural trends taking over the world, is that it’s not really about the future at all. Despite its title and steady march through the 2020s — each episode jumps forward a few years, checking in on the fracturing lives of a big British family — every issue examined should bring even the most oblivious viewers back to the present. “Hey, isn’t there an immigration crisis going on right now?” “I could’ve sworn the TV in the bar said something about a financial meltdown?” “Are we actually worried about nukes going off, or was that just an episode of ‘Chernobyl’?”

But within this shrewd way to talk about immediate worldwide political issues without coming across as either an edifying college professor or a nagging crackpot, there’s a problem. Each member of the Lyons family represents a certain issue: One brother falls in love with an immigrant, one is a banker, another is an environmental advocate, and so on and so forth. While Davies does a decent job of humanizing each member beyond their messaging, they’re still largely hollow, melodramatic characters who are better to laugh at than laugh with, and only occasionally are we invited to do the former.

The Lyons individually may represent specific aspects of our mad, mad, mad, mad world, but together they form the ignorant bubble moneyed privilege provides — and watching their bubbles pop, one by one, year after year, only really works if you can see the series as a black comedy. And not often enough does it feel like that’s the intention.

Helping encourage that reading the most is Emma Thompson, who’s not playing a member of the Lyons family at all. Rather, the recent “King Lear” and “Late Night” star is embodying a political outsider who rises to power via frank talk, populist leanings, and the fact that she owns her own TV network. Vivienne Rook’s wealth isn’t dwelled on as often as her ignorance and fear-mongering, but Vivienne herself only exists on televisions and computer screens. One of the family members attends one of her rallies, but there’s a purposeful lack of interiority to Thompson’s despot-in-the-making: You’re meant to see her as the family does, understanding her appeal without being clouded by behind-the-scenes moments the world isn’t privy to. 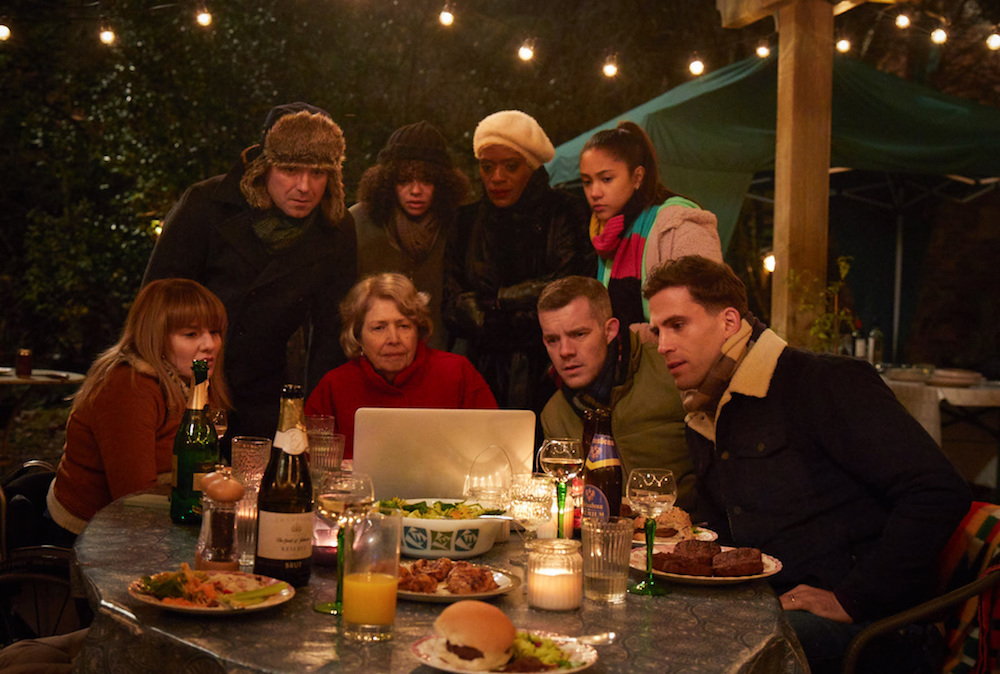 Still, Davies never really connects the perils of technology to the 24-hour news cycle, nor is there a uniquely fascinating element of Vivienne — she’s as clear an embodiment of new-age Trumpian politicos as the show is a clear dramatization of issues already plaguing us all. Her development feels as inevitable as the series’ fast-forwarding through 15 years, which puts the spotlight back on the family.

There’s Stephen Lyons (Rory Kinnear), a kind of doofy financial adviser who’s married to a whipsmart, take-no-prisoners accountant, Celeste (T’Nia Miller). He’s more conservative than she is, but both land somewhere in the middle on politics. Stephen’s brother Daniel (Russell Tovey) is a housing officer trying to help refugees transition to day-to-day life in Britain, and he’s also as far left as they come. Well, maybe not as radicalized as their sister Edith (Jessica Hynes), who risks her life again and again trying to observe and report on climate change and corporations endangering citizens. Rosie (Ruth Madeley) is the youngest sibling, a single mother of two trying to make ends meet but staying positive throughout. And finally, there’s Muriel (Anne Reid), the grown kids’ grandmother who’s as slightly cranky and slightly racist as so many aging, white, rich folk.

The family gets together every year for Muriel’s birthday, but they’re also in near-constant contact via an advanced Google Home device that links them into conference calls and lets them keep chatting as they roam about their respective homes. These get-togethers and Not-Google Hangs provide the appearance of intimacy, love, and affection, but the Lyons often laugh at each other. Stephen, especially, is a point of ridicule long before he earns the mockery, but Daniel’s drastic personal decisions aren’t taken seriously, either. The family only seems to get heated over politics, which is convenient for the series’ larger point but alienating in terms of inviting viewers to empathize with anyone. 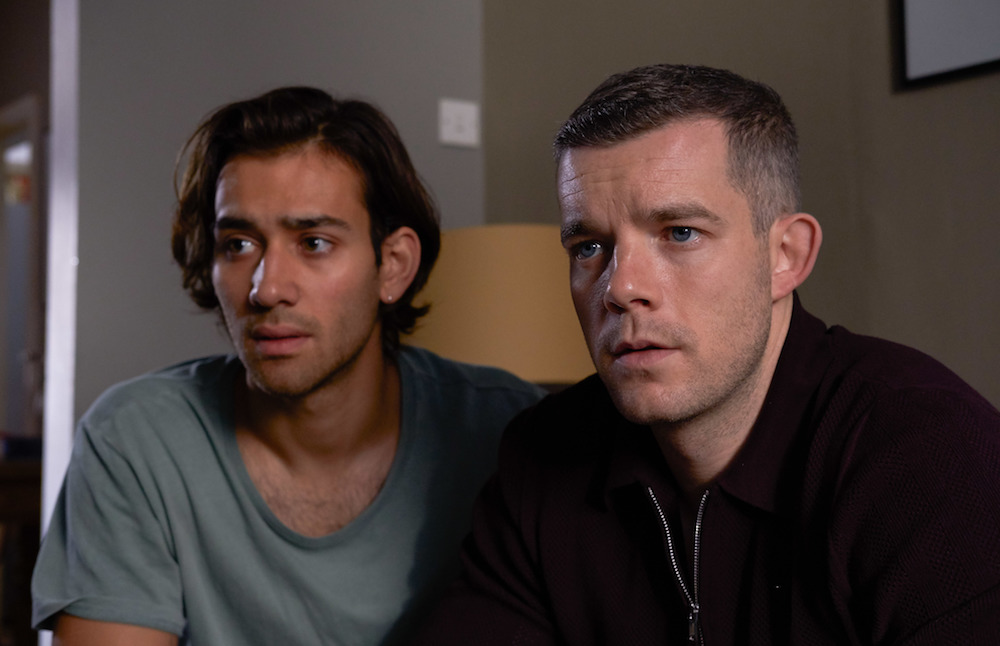 Maxim Baldry and Russell Tovey in “Years and Years”

From time to time, Davies hints that this may be the point. When Stephen tries to cut the line at the bank because he’s a Gold Star member, we’re not really supposed to sympathize with him when he’s turned away. As Daniel tries to get into a tiny speedboat carrying illegal immigrants over death-defying waves, he takes off his fancy shoes for fear of a foot infection. These clearly aren’t the actions of people who recognize the seriousness of their situations; who fear life-shattering loss every day; who know what it’s like to live outside their upper-middle class bubble.

But if “Years and Years” is meant as a stealth warning for comfortable viewers (perhaps like those who can afford satellite packages with HBO add-ons?), showing how eventually, the problems the rest of the world are complaining about will come knocking at your six-bedroom McMansion, too, then it doesn’t draw sharp enough lines around that arrow. Too often does it come across as sincere, too often does it try to make you feel sorry for these half-drawn characters — and maybe you could, if they weren’t so oblivious, but as they are, only black comic satire could penetrate their story. When jobs are lost or tragedy strikes, the scenes build as though their misfortune is a surprise, when anyone who’s not as out of touch as they are knows it’s coming. You’re asked to invest in predictable, hollow drama, especially when there’s not enough comedy to keep things going, let alone prove cutting.

Propulsive in its storytelling (thank goodness this is only a six-episode series, or hoo boy could it have gone off the rails), filled with terrifying montages of horrific prospective history (Mike Pence is president! All the butterflies are dead!), and featuring a super weird and largely unsuccessful blend of teens’ obsession with technology, “Years and Years” offers plenty of stimulus to keep you moving through it, but through four episodes, it’s too obsessed with its premise to find the best means of delivering its message. Maybe the final two hours will provide a more damning critique, but the majority keeps everyone at such a distance, you’re only choice is to laugh — and in a TV show, that shouldn’t be a choice so much as a reaction.